When we created the TicketIQ Top 25 at the beginning of this season as a way to track the highest average price for all college football teams, we expected some movement. We did not, however, expect anything as meteoric as Texas A&M’s rise from #21 to #3 over the course of just four weeks.

When we first released the list in late August, the Aggies average ticket price for all home games was $136. Since then, they’ve risen 73%, to an average of $236, leapfrogging such powerhouses like Alabama, Auburn, as well as in-state rival Texas. Three weeks into the season, they trail only Nebraska and Oregon for the highest average price in the nation.

There are two obvious reasons for the spike, one of which is their on-the-field performance. With their 2-0 start, A&M sits at #8 in the AP poll, a position they have not in over 15 years. As a result, fans are understandably excited. The second reason has to do with off-the-field media coverage of their pending move to the SEC.  Despite a lawsuit by Baylor looking to hold up the move in court, after the announcement A&M jumped nine slots from #21 to #12. In the subsequent weeks, they have moved up at an average of $37 per week, with this week being the biggest yet, at $56.

If one questions the financial benefits of the so-called super-conferences, A&M’s climb up the TicketIQ Top 25 may well be a leading indicator of the financial windfall to come. In the last 4 weeks, A&M sellers have gained $2.4 Million in secondary-market paper profits as a result of the move from #21 to #3. While not yet directly benefiting the team, a higher average ticket price in the secondary market will ultimately translate to higher primary ticket prices, which will directly benefit the school. With future and frequent match-ups against college football's A-Listers like Alabama and Auburn, booster donations are sure to increase as well. There are also the lucrative media rights that come with the SEC’s nationally televised games. ESPN alone pays the SEC a $150 million annually.

With all the money being unearthed in this quake of realignment, it’s no surprise that Pittsburgh and Syracuse announced last week they would forsake tradition in the name of bigger revenue streams. So far, Neither Pitt nor Syracuse are close to cracking the TicketIQ Top 25, but check back in 2015 after they’ve had a few years of ACC recruiting and exposure. If they’re really lucky, maybe they’ll even be an Orange or Panther with their eyes on the White House. 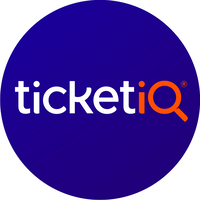 How To Find The Cheapest Dallas Cowboys Tickets For 2020

Where To Find The Cheapest Texas A&M Vs. Alabama Football Tickets At Kyle Field On 10/12/19