With over 15,000 tickets on the secondary market, the average price is $337.78, which is the lowest point that TicketIQ has tracked in a month.

The return of fan favorite Daniel Bryan has injected new life into both Royal Rumble and Wrestlemania plans and perhaps fans are waiting to see how the top of the card shapes up before planning their trip to the Bay Area for Levi Stadium's first professional wrestling event.

How Wrestlemania Tickets Compare With The WWE's "Big Four" Events

With tickets on sale this weekend for the 31st year of Wrestlemania, here's a quick historical look and preview at secondary market ticket trends for the WWE's “Big Four” events.

Just over a week away from the event, tickets for Survivor Series carry the lowest “get-in” price of the past 4 years at $41. Looking at overall average ticket price, it's the second most expensive of the past 4 years. The 5-on-5 teams for the main event has yet to be finalized, and speculation may point to a surprise Randy Orton face turn in his hometown of St. Louis.

As always, January's Royal Rumble is going to give fans the first glimpse at the Wrestlemania main event. Ex-Shiled member Roman Reigns was undoubtably being groomed for a year as the next Rumble winner and eventually WWE World Heavyweight Champion, but a recent injury has kept him out of action for the past 2 months and he may not return in time for the Rumble. With Daniel Bryan also injured, fan speculation has run rampant as to who could win the 30-man battle royale – including Dean Ambrose, Bray Wyatt, Ryback, Rusev, and Randy Orton.


Taking place at the Wells Fargo Center in Philadelphia, Royal Rumble tickets quickly sold out on the primary market. On the secondary market, the event is the 2nd most expensive of the past 4 years, but carries by far the highest “get-in” price. The anything-can-happen attitude surrounding the Rumble makes for one of the most exciting live WWE experiences.

Finally, the 2015 SummerSlam will return to East Rutherford and the Izod Center after a 6 year residency at the Staples Center. The New York area always provides a premium for WWE events, having the company originate on the east coast, and SummerSlam tickets are expected to be the priciest NY/NJ WWE event since Wrestlemania XXIX. 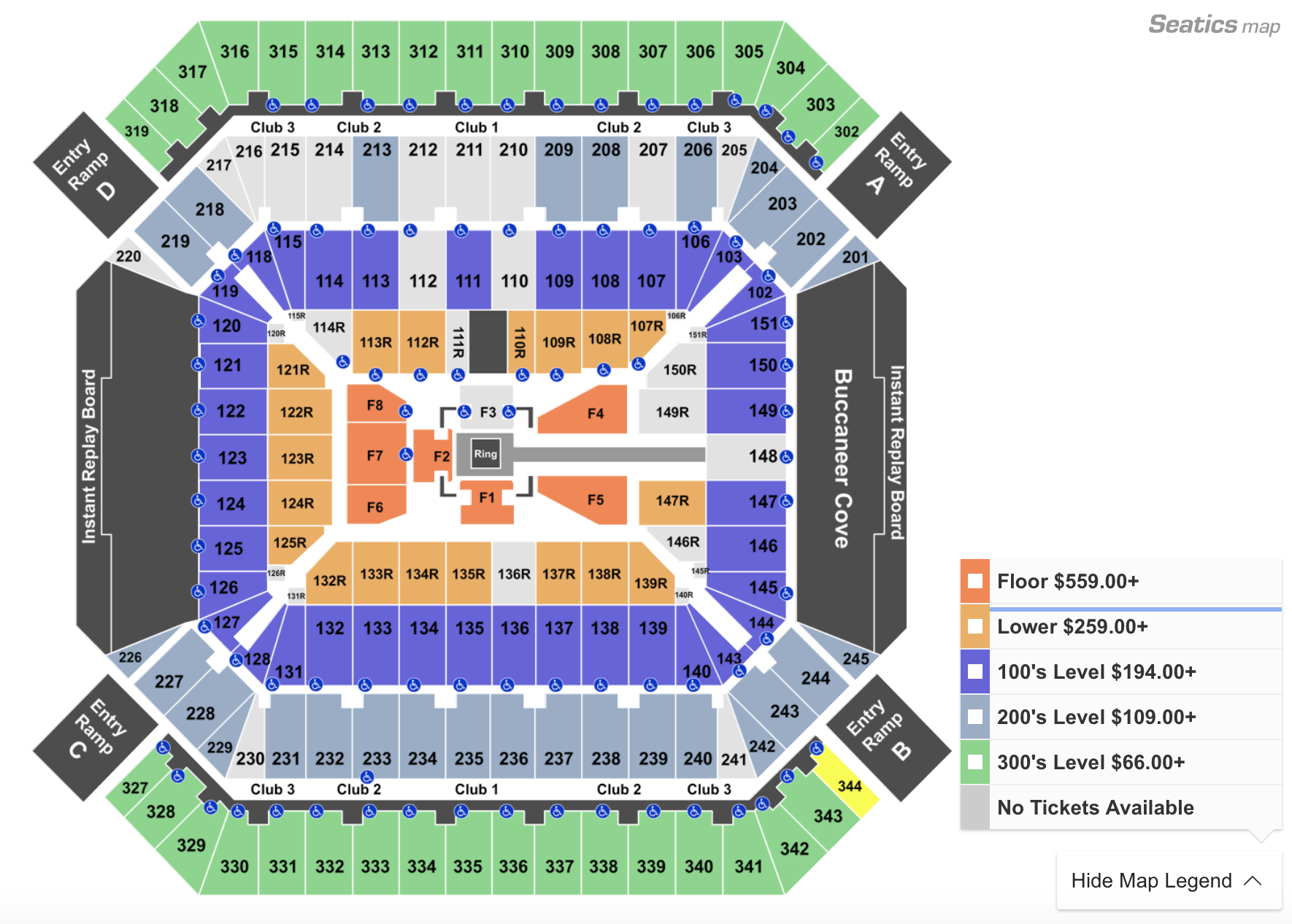 Where To Find The Cheapest Wrestlemania Tickets + Face Value Options

Where To Buy Wrestlemania 36 Tickets Tampa’s Raymond James Stadium will be the site of WWE Wrestlemania 36 on Sunday, April 5, 2020, and tickets are still available on the primary market via…

Location, Card Raising Hell in a Cell Tickets Over $300 Average

Wrestlemania 32 Tickets To Go On Sale On November 6th

WWE LIVE Tickets at MSG UP 12% In Past Week.

WWE Wanted to Return to East Coast for SummerSlam, They Were Right

Previewing WWE Tickets On The Road To Wrestlemania XXXI