As of now we are just a mere two weeks into the MLS season as teams are still playing with their rosters to put out the best starting 11 they can. No team in the MLS has played more than three games to date and just about every team has scored a goal (looking at you DC United). So far there are still four undefeated teams left in the MLS, the Columbus Crew, Houston Dynamo, Seattle Sounders and Toronto FC. This weekend all four of these teams being tested in regular season play but only one of them can take the spot for top game of week:

Taking the top spot are the very talented Houston Dynamo, who on Saturday will travel north of the border to play the Vancouver Whitecaps. Tickets for this game are averaging $51 even after trending down in price since last week but you can still Get-in for $30.

The New York Red Bulls were many experts pick of who would win the MLS Cup this season but have gotten off to a disappointing start. Through three games the Red Bulls have two ties and a loss for a total of two points. However they will look to get their first win of the year at home when Chivas USA comes to Red Bull Stadium on Sunday wherein tickets are going for $47 with a very reasonable Get-in price of just $16.

In the only matchup of unbeaten teams the Columbus Crew travel to Seattle to play the Sounders in one of the toughest environments in all of the MLS. With both teams off to a great start it is a surprise that this game isn’t higher on the list as tickets are averaging $46 with a Get-in price of $19.

On Saturday the Montreal Impact head south to Philadelphia to do battle with the Union and attempt to get their first points of the season. The Impact have been outscored 6-2 thus far into the 2014 season and hope that they can stop this disconcerting trend before it gets out of hand. After dropping by 9% Philadelphia Union tickets are as low as $19 but are presently averaging $43 on the secondary market.

Rounding out the Top 5 games of the week are the defending MLS Cup Champions Sporting Kansas City who will travel to Denver to play the Colorado Rapids. This game would have been higher on our list but dropped buy a full 10% in only the last few days to give it an average ticket price of $42 with an extremely low Get-in at a paltry $12. 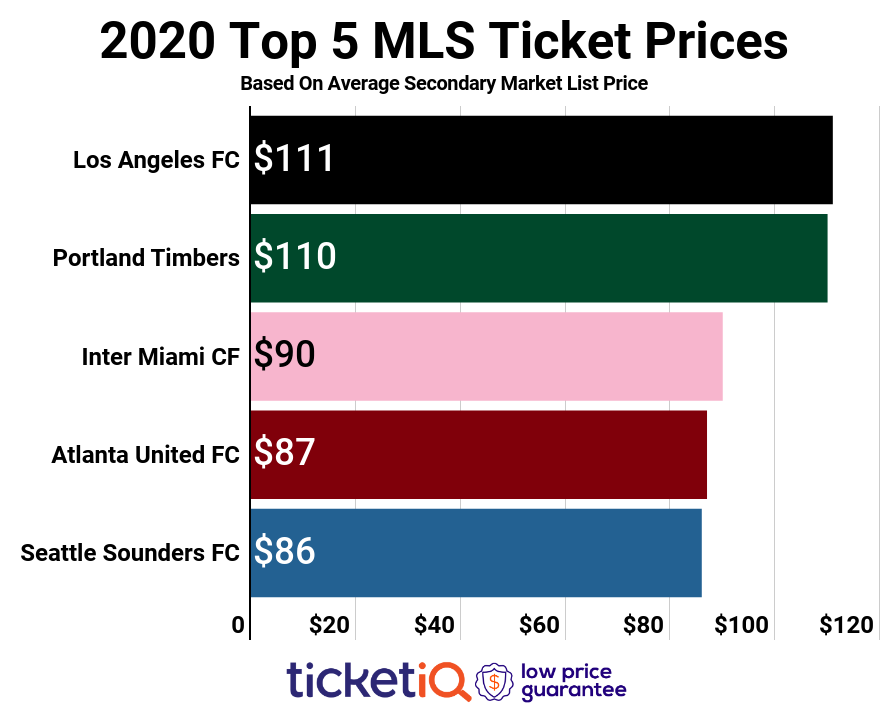 Where To Buy 2020 MLS Tickets Primary market face value MLS tickets and season ticket management for the 2020 season is provided by Ticketmaster, Seatgeek, AXS, Paciolan, and TicketPro.  Most MLS…