The Cleveland Indians and Arizona Diamondbacks will finish a brief two-game interleague series tonight at Chase Field. The first game of the series was a thriller, lasting 14 innings with the Indians scoring a run in the ninth inning to tie and two in the 11th to take the lead. Arizona scored two in the bottom of the 11th to tie the game again and won with an Aaron Hill single in the 14th. Diamondbacks vs Indians tickets tonight have an average price of $31, 49% below Arizona’s season average on the secondary market.

The pitching matchup for this game should be well worth the price of admission. Arizona will send out 26-year-old rookie Chase Anderson for his eighth start of the season. Anderson has been able to hold runs from scoring by giving up less than a hit per inning and walking just 11 in 39.2 innings for a WHIP of 1.16.

Corey Kluber takes the mound for Cleveland, sporting a 6-5 record with a 3.30 ERA, though neither of those numbers do justice to how good Kluber has been this season. He’s struck out 114 batters in 103.2 innings for a 9.9 strikeout per nine innings rate. He’s also striking out 4.22 batters for every issued walk. His Fielding Independent Pitching (FIP) of 2.77 also suggest he’s pitched even better than his 3.30 ERA would indicate. 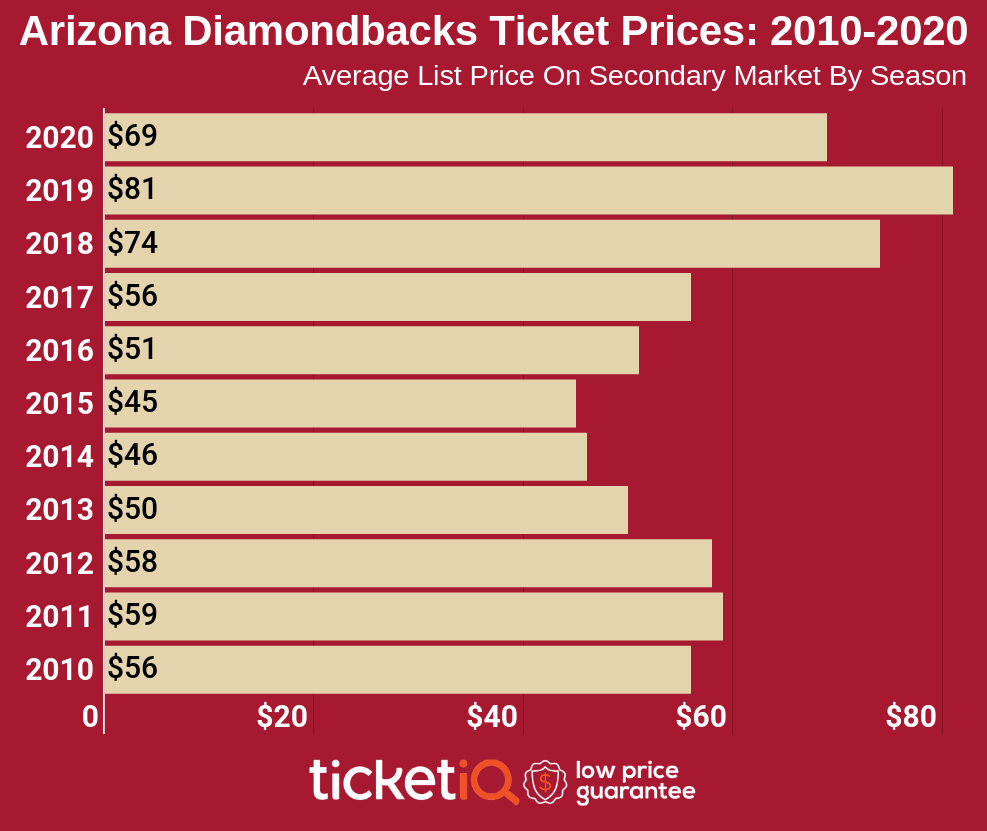