The NBA has something new in store for hoops fans for next month’s All Star Weekend that is set to take place in New York City.  The Rising Stars Challenge, which features first- and second-year players going against each other will now be a USA vs World format for the first time. The NBA loves to experiment with its activities for All Star Weekend and the Rising Star Challenge is no exception, as the game has gone through a number of evolutions over the years. At first it was a game between the league’s top rookies, then evolved to rookies vs second year players from 2000-2011, and now to a world format where first and second year US players go against the best first and second year players from around the world.

The NBA looking to instill a world format makes sense considering the NBA has taken a global approach in the past 20 years, which has made the game more popular than ever before.  There are now 101 international players from 37 countries on NBA rosters this year.  No longer should there be concern for international talent as the last two No. 1 overall draft picks were Canadian. The Spurs have a roster with players from France, Argentina, Canada, New Zealand, and the list for up and coming international stand outs is a long one.

The lineups for both teams have yet to be set as the league’s assistant coaches will select the 10 US players and 10 international players.  However, the United States could include second-year guards like Michael Carter-Williams from the Sixers, second-year guard Victor Oladipo of the Magic, and second-year player Tim Hardaway Jr. of the Knicks, who put on a show with Dion Waiters in last year’s game.

The international roster could feature rookie Andrew Wiggins of the TimberWolves, Steven Adams of the Thunder, and rookie Nikola Mirotic of the Bulls. The international team will certainly have a size advantage but the United States roster will bring speed and more depth in the backcourt.

According to TicketIQ, the 2015 NBA Rising Stars Challenge tickets at the Barclay’s Center have a current average price of $387.52 on the secondary market, with the least expensive ticket to get-in priced at $64.

The Book Of Mormon Tickets Averaging Over $300 On Secondary Market 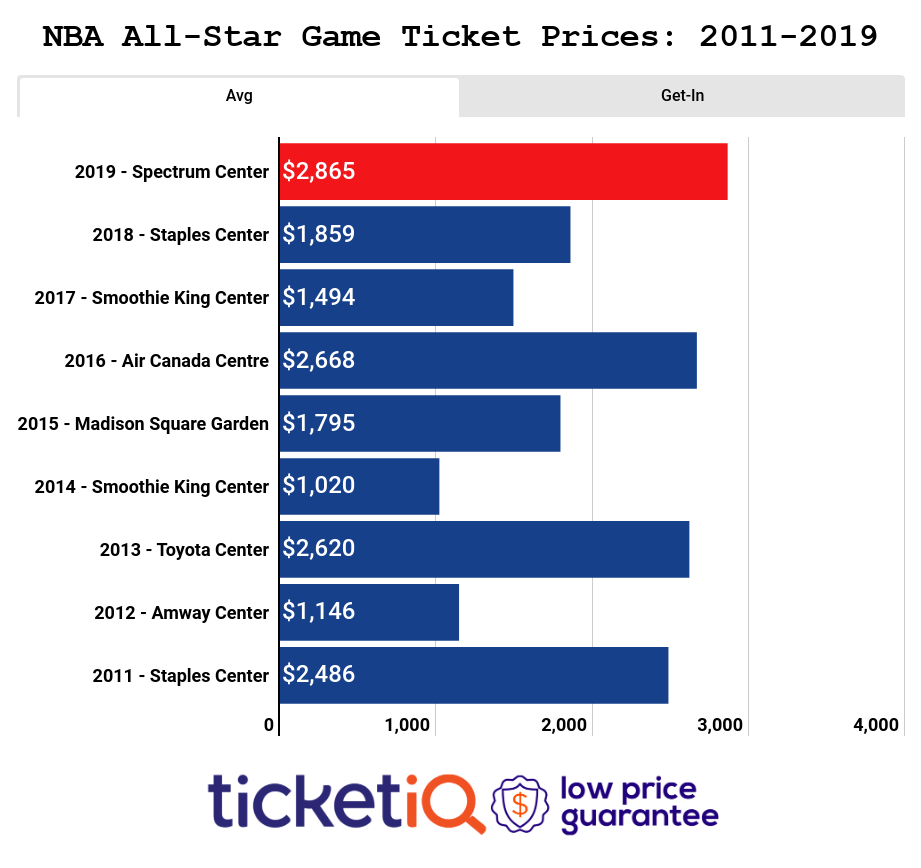 How To Find The Cheapest NBA All-Star Game Tickets