Major League Baseball continues into its second week of a long regular season as there are still two teams, both in the AL Central, the Kansas City Royals and the Detroit Tigers that remain unbeaten in what should be an interesting division to watch.  The New York Mets represent this week’s top priced MLB ticket when they host division rival the Philadelphia Phillies at Citi Field on Monday afternoon.  Here are the top five MLB tickets on the secondary market this week.

The New York Mets are off to a .500 start through six games and they host the Philadelphia Phillies on Monday afternoon at Citi Field in a NL East division matchup, which will also be Opening Day at Citi Field.  Mets tickets for this game have an average price of $261, with the least expensive ticket to get in priced at $90.

The defending World Series Champions San Francisco Giants have gotten off to a slow start to their 2015 campaign, but Giants fans shouldn’t panic yet, it’s a long season and this team has gone through inconsistent play before.  They host the Colorado Rockies on Monday evening at the AT&T Park. SF Giants tickets for this game have a secondary average price of $175.67, with a get-in price of $85.

Some early season interleague play takes place today at Fenway Park as the Boston Red Sox host the Washington Nationals in their home opener.  The Bo-Sox have gotten off to a solid start and share the lead with the Toronto Blue Jays in the AL East.  Red Sox tickets against the Nationals have an average price of $174.95, with a get-in price of $80.

This Saturday in the second game the SF Giants are featured in the top MLB games this week, they host another division rival in the Arizona Diamondbacks at AT&T Park.  Giants tickets for this game are slightly less expensive compared to their other game on Monday against the Rockies, going for an average price of $173.28 on the secondary market, with a get-in price of $92.

The AL Central just might be the division to watch this year as the Minnesota Twins host the Kansas City Royals, who have gotten off to quick 6-0 start looking for a repeat performance from last season only this time come out on top in the World Series.  The Twins are looking for just their second win this season on Monday vs the Royals at Target Field as tickets are going for a secondary average price of $129.71, with a get-in price of $78. 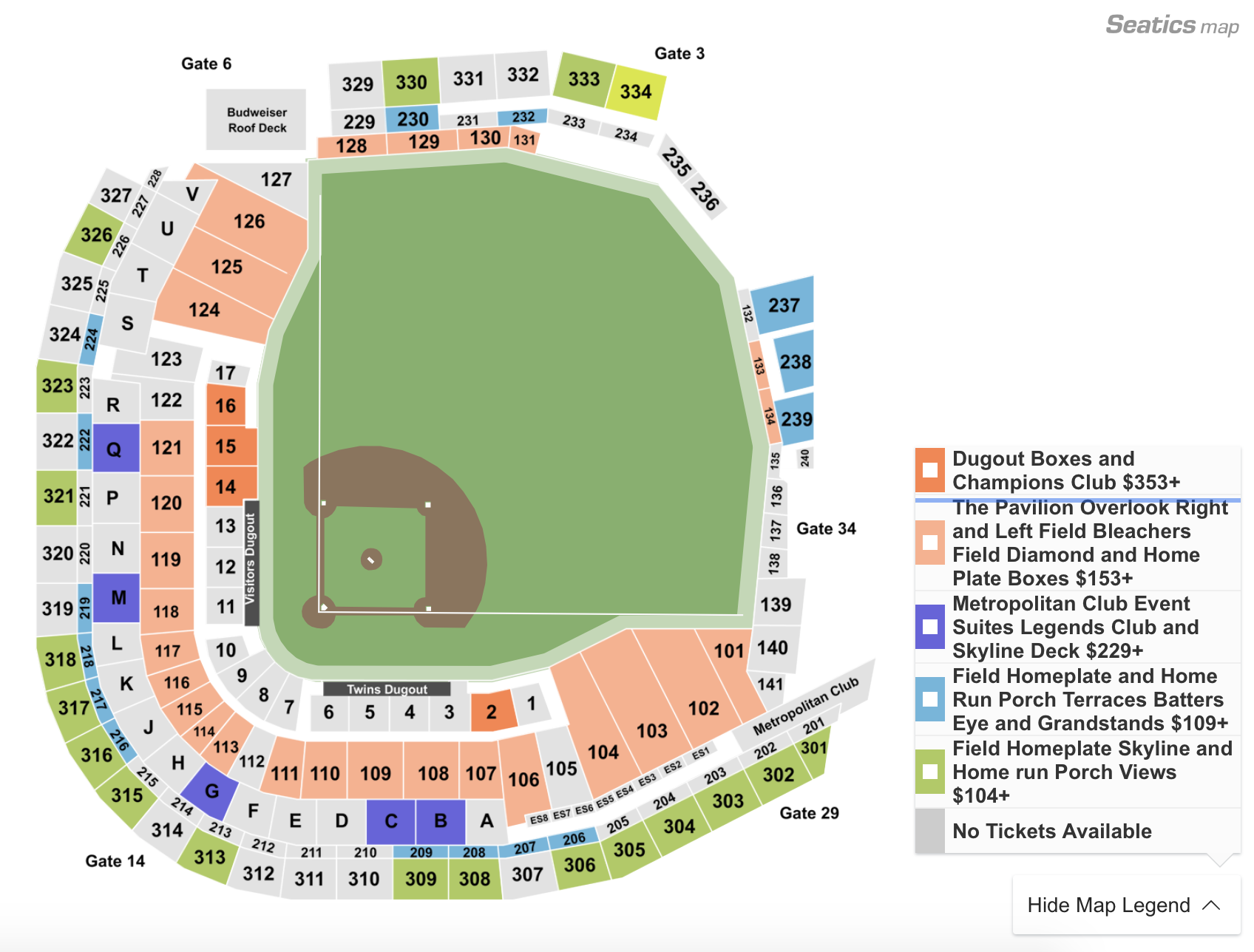