The San Jose Earthquakes are making their second appearance in the brand new Levi’s Stadium, where they will face Orlando City SC on May 24. The Santa Clara stadium that plays host to the San Francisco 49ers had its first ever event on August 2, 2014 when the Earthquakes defeated the Seattle Sounders FC 1-0 in front under just under 50,000 fans.

One Earthquakes game per year will be played at Levi’s Stadium, and this year’s event is approaching fast. Chris Wondolowski, Clarence Goodson, David Bingham and the rest of the squad will face Kaka, Brek Shea, and Orlando City SC at Levi’s Stadium. TicketIQ.com is running a giveaway with tickets for the game. Fans must click the widget below in order to enter for a chance to win two tickets for this game!

While the Earthquakes first game at Levi’s this year will be just the third soccer event to be held at the stadium, it’ll be an unforgettable experience that Bay Area soccer fans are sure to enjoy.

Yankees vs Mets Tickets Up 29% For Games at Yankee Stadium 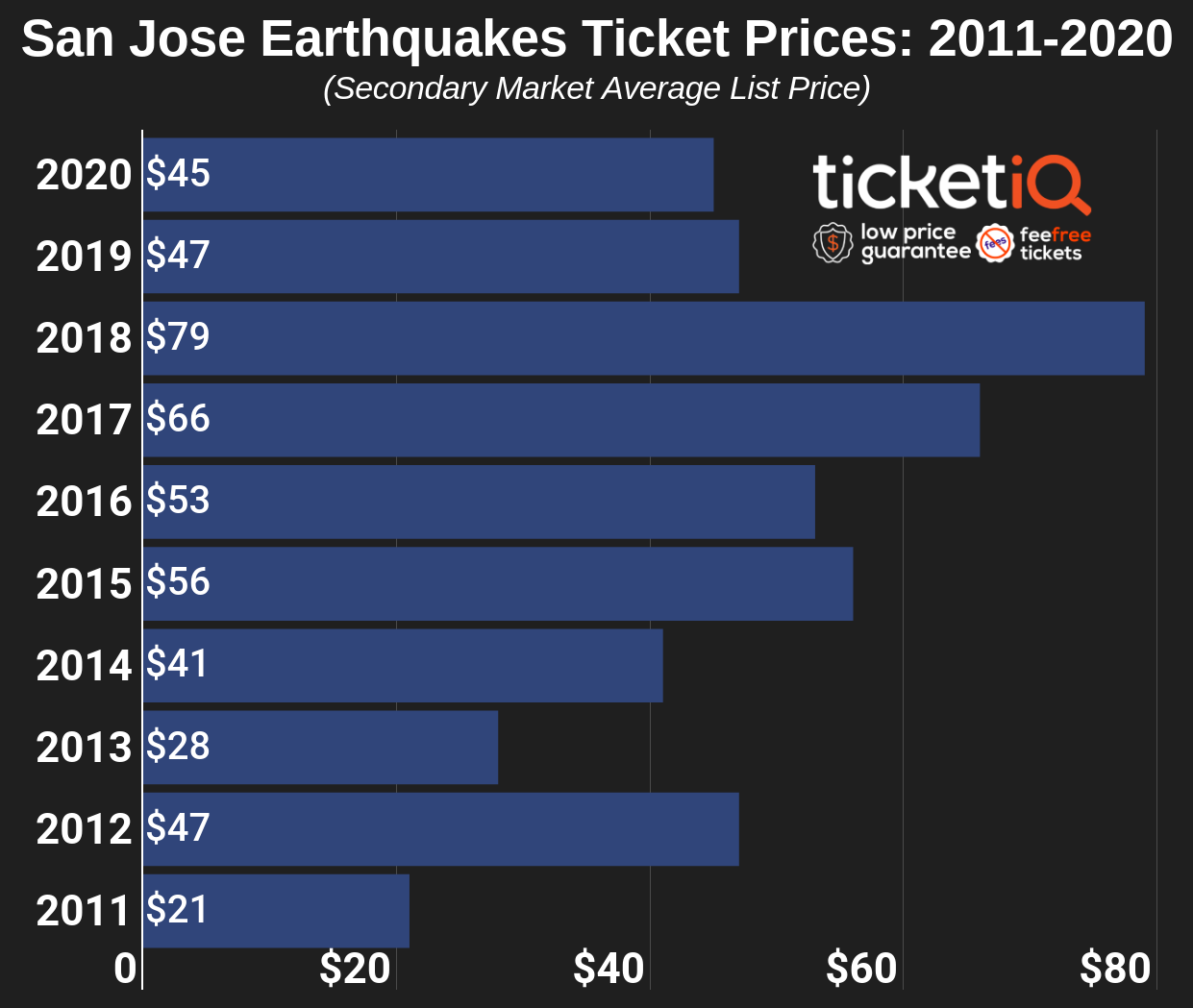