Astros Tickets For Upcoming Homestand Averaging Under $70 On Resale Market

The Houston Astros (29-17) have been the biggest surprise in baseball. To date, Houston boasts a 5.5 game lead over the Los Angeles Angels in the American League West division.  which is the largest divisional lead among each of the six division leaders.  Only 25 percent of games have been played thus far, so Houston has a long way to go if it wants to secure its first division title since 2001.  Houston’s hot start is attributable to the play of its leadoff hitter and reigning American League batting champion, Jose Altuve.  Altuve boasts team highs in hits (55), stolen bases (14), and batting average (.299).  As a team, Houston has clubbed a league-high 65 home runs.  Luis Valbuena has hit a team-high 10 home runs while Evan Gattis follows with nine and Colby Rasmus has hit eight .  In 10 starts, Dallas Keuchel has cemented his status as Houston’s top pitcher. Keuchel (6-1, 1.98 ERA) isn’t a strikeout pitcher, but his ability to keep hitters off-balance has been elite.

According to TicketIQ, Houston’s next home stand, which spans from May 30th through June 6th and features match-ups against the Seattle Mariners and Texas Rangers, commands an average ticket price of $68.56.  The most expensive game during the home stand is the Thursday, May 30th matchup against Seattle.  The average ticket price for this matchup is $76.75 while the get-in price is $15.  All fans will receive a George Springer jersey. 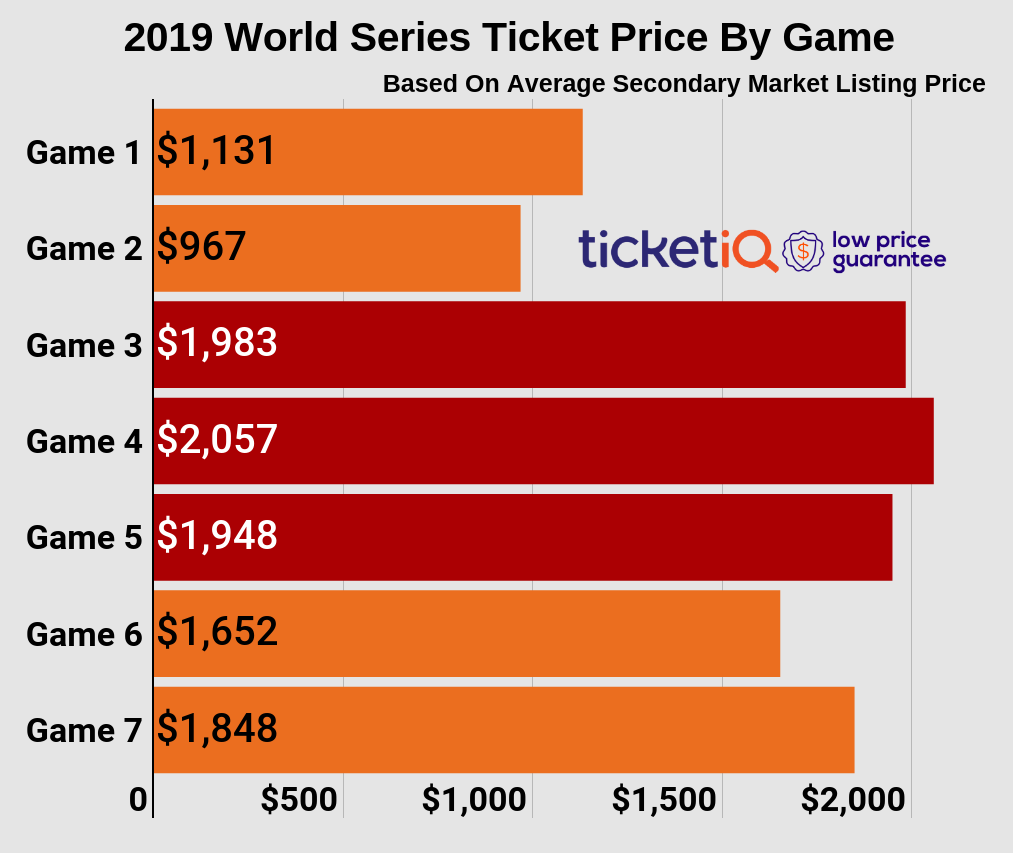 The 2019 World Series begins next Tuesday, with the Washington Nationals set to face the Houston Astros. In their first World Series, the average price for National tickets in DC are nearly double…