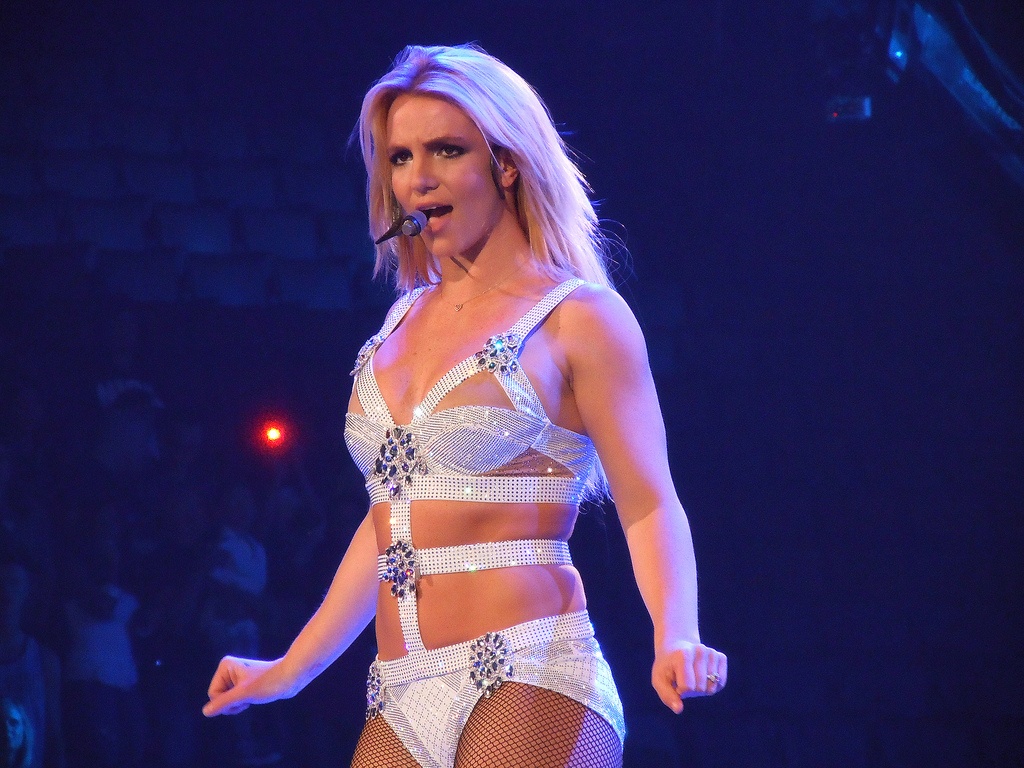 Following the release of a new album and a major MTV Video Music Awards performance of her new single, "Make Me," last month, Britney Spears has announced 18 additional dates to her Las Vegas show schedule. The "Piece of Me" performances have been scheduled for March through May at the AXIS at Planet Hollywood.

Tickets for Britney Spears went on sale at 10 a.m. this morning, and range from $59 to $229. Currently, resale tickets for Spears' performances are averaging a lofty $254 on the resale market, but most shows have cheaper tickets that start under $100.

Britney's ninth studio album, Glory, entered the Billboard 200 at the No. 3 spot.

(UPDATE 5-6-15) Stronger than yesterday, Britney Spears has announced that she will be extending her Las Vegas residency by three months. Spears made the announcement Tuesday afternoon on The Ellen Show. The announcement comes on the heels of Spears postponing a few shows due to an ankle injury. During a performance last week, Spears injured her ankle and has been place in a walking boot allow the ankle to heal.

The three month extension will keep Spears in Las Vegas through September. The show recently won awards for “Best Show in Vegas” and “Best Bachelorette Party in Vegas.” Britney Spears tickets are also in high demand on the secondary market, as the average price for upcoming shows is $238.55. It is yet to be determined when Spears will return to the stage following the injury, but there will be plenty of opportunities for Vegas-goers to see Spears in her “Piece of Me” show.

After proving her doubters wrong on the opening run of ‘Britney: Piece Of Me,’ the princess of pop is now gearing up to entertain fans with Britney Spears tickets for the second leg of her Las Vegas residency.

The 32-year-old, who will perform 100 shows across the next two years at Planet Hollywood Resort & Casino’s newly-refurbished AXIS theatre, first took to the stage on December 27 in front of a star-studded audience to kick off a four-night stint that received rave reviews from the world’s press.

And after a month-long break, Spears will return to the venue on January 29 to resume her theatrical hit-packed spectacle, tickets for which are available on TicketIQ at a get-in price of $92 and an average price of $191.

Directed by Baz Halpin, who has previously designed similarly dazzling tours for the likes of Pink and Katy Perry, the 90-minute 24-song set sees Spears take on a number of roles including an acrobat, a white-winged angel and a circus ringleader while accompanied by a four-piece live band, an array of backing dancers and a series of stunning visual effects.

While alongside several tracks from her current eighth studio album, Britney Jean (“Work Bitch,” “Perfume”), those with Britney Spears tickets can also look forward to hearing her string of US number one hits (“Baby… One More Time,” “Womanizer,” “3”), the Grammy-winning “Toxic” and reworkings of her collaborations with Madonna (“Me Against The Music”) and will.i.am (“Scream & Shout”).

Remember you can also sell tickets for free on TicketIQ.com with Seller Direct.

Previewing The Average Santana Setlist During His 2015 Las Vegas Residency

The Typical Britney Spears Setlist For Her Las Vegas Residency

5 Seconds of Summer Will Hit the Midwest Next Week, Tickets Averaging $152 on Secondary Market

Top Concert Tickets Of The Week (2/9)