Another week, another flash of dominance by the Golden State Warriors.

Since falling to the Dallas Mavericks two weeks ago the Warriors have begun a brand new win streak, one that has seen them take their last six games with relative ease and reassert their dominance as the best team in the NBA. It comes as no surprise, then, that the team will be featured in three of this week's four most expensive NBA games.

View the complete list of top NBA games below, per TicketIQ:

Steph Curry and Co. will host Kobe Bryant and the Lakers on Thursday night in what will be the most expensive game of the week. The average price for Golden State Warriors tickets against the Lakers this week is currently $588.93 and the cheapest ticket available is $152. Barring an improbable push into the playoffs, it will be Bryant's final game at Oracle Arena, which is causing ticket demand to skyrocket on the resale market. A special Klay Thompson and Rocco bobblehead will be given to the first 10,000 fans in attendance.

Wrapping this week's top NBA games list is a Monday night matchup between the Miami Heat and Golden State Warriors in Oakland. The average price for Warriors vs Heat tickets is $300.94 and the get-in price is $70. Should the teams fail to meet in the Finals, it will be the only time the Heat travel to Oracle Arena this season.

The Warriors will travel cross-country to battle the Detroit Pistons on Saturday at Palace of Auburn Hills. The average secondary price for Detroit Pistons tickets to Saturday's game is now $297.94. The get-in price starts from $83. Former player and beloved Piston Ben Wallace will also have his jersey retired by the franchise prior to tipoff.

The only game on this week's list not to feature the Warriors will be a Thursday night game between the Cleveland Cavaliers and San Antonio Spurs at AT&T Center in San Antonio. With both teams looking forward to the postseason, the average price for San Antonio Spurs tickets against the Cavaliers is $294.80. The get-in price starts from $73. 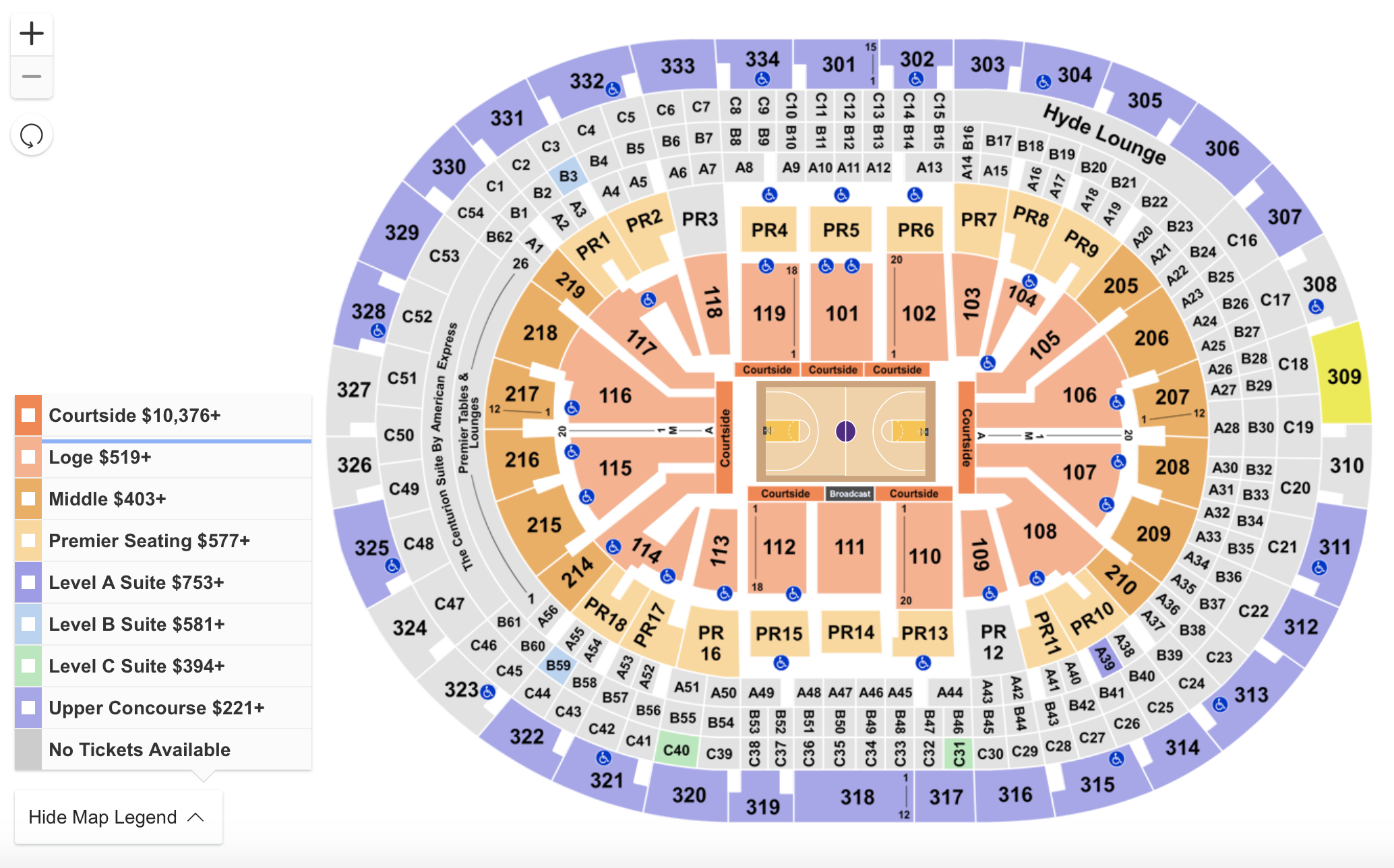 How Much Are Lakers vs. Bucks Tickets at Staples Center On Friday, March 6, 2020 Primary market tickets  via AXS are nearly sold out for the game. There are currently only 25 seats still available…