(UPDATE 2/11/16) SoCal rockers Wavves and Best Coast are celebrating the five-year anniversary of their joint EP Summer is Forever this spring, and what better way to celebrate than by packing up the van and touring together? The two groups hit the road for their “Summer is Forever II” tour tonight in Austin, beginning a 16-date jaunt that will run through early March.

According to TicketIQ the average price for Wavves and Best Coast tickets on the secondary market is $63.53. The co-headlining tour will make its most expensive stop on February 27 at Bluebird Theater in Denver, where tickets average $210.33 and the get-in price starts at $202. No other shows will exceed the $100 average, however, and other top-priced gigs include March 2 at The Independent in San Francisco ($99.06 avg./$92 get-in) and March 1 at The UC Theatre in Berkeley ($70.80 avg./$48 get-in).

While the two bands toured in support of their split EP five years ago, they’ll hit the road backing their latest respective albums. Wavves released V back in October while Best Coast continues to tour on California Nights, their third studio album that was released last May.

Starting in February, the two will head out for 17 dates in smaller venues across North America until the beginning of March. The tour will kick off on February 11 at Stubb's Waller Creek Ampitheater in Austin, Texas and will end at the House of Blues Anaheim in Anaheim, California.

Tickets for the tour will go on sale Friday, December 11 at noon EST. 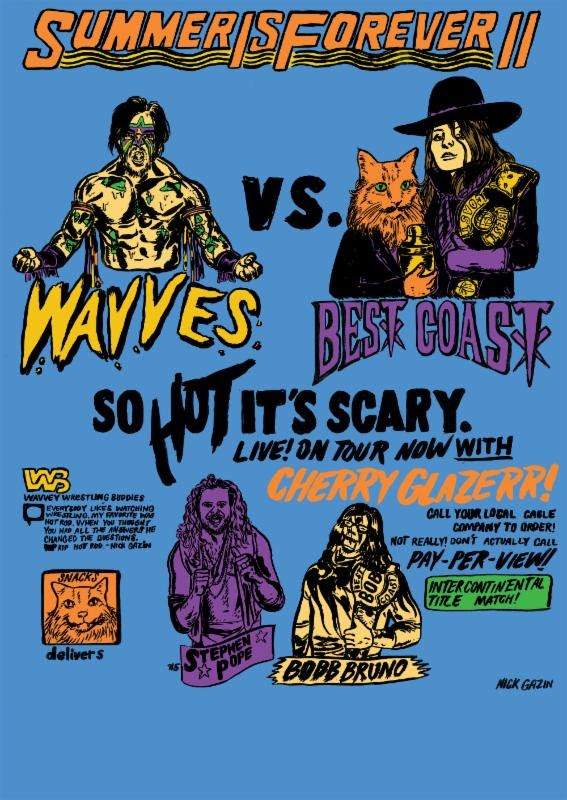 Below is the current list of tour dates for the Summer is Forever II Tour: