Midtown Manhattan will be alive and well this Friday as Billy Joel returns to Madison Square Garden for his monthly residency. The "Piano Man" singer tops this week's most expensive concerts list, with tickets to his MSG gig nearly averaging $300 on the secondary market. The Who, The Cure, Beyoncé and Dave Matthews Band also appear this week for respective gigs across the country.

Check out the complete list below, according to data provided by TicketIQ:

For the 29th consecutive month, Billy Joel will rock Madison Square Garden, and the record-breaking show is garnering a big demand for tickets on the secondary market. Billy Joel tickets at Madison Square Garden for Friday's gig now average $294.10 and the cheapest ticket is listed from $90. Back in December 2013, Joel became Madison Square Garden's first-ever music franchise and has plans to rock the Garden through at least the end of 2016. More MSG dates will likely be announced later this year.

It took several months of recovery for Roger Daltrey to return to the stage, but the iconic frontman hasn't lost a step on The Who's 50th Anniversary Tour. The band, which also includes original member Pete Townshend, is slated to hit Staples Center in Los Angeles on Wednesday as The Who Hits 50! Tour carries on through North America. The Who tickets on the secondary market currently average $293.27 and the get-in price starts from $57. Three more dates remain on the North American leg of the tour, which concludes on Sunday in Las Vegas.

The Cure kicked off a tour run through North America earlier this month, marking their first tour dates in the U.S. and Canada in eight years. Robert Smith and Co. will hit Hollywood Bowl on Tuesday night, where The Cure tickets currently average $292.54 and the cheapest ticket is $89. The tour continues through the end of June, making 21 stops in total over its two-month stretch.

The Formation World Tour will reach the Windy City this weekend as Beyoncé sets to rock Soldier Field on Friday. Tickets to see Beyoncé play in Chicago are currently averaging $274.25 on the secondary market while the cheapest ticket starts from $72. The tour will wind down next month with a show at Ford Field in Detroit on June 14.

Dave Matthews Band will take a hiatus from touring in 2017, so there is an added sense of excitement surrounding the band's 2016 summer tour through the U.S. and Canada. The band will hit PNC Music Pavilion in Charlotte on Friday, where Dave Matthews Band tickets currently average $250.61 and the get-in price is $61. The tour will run through the beginning of September, wrapping with a three-night stay at Gorge Amphitheatre in Washington from September 2-4.

Music Beyonce Billy Joel The Cure The Who 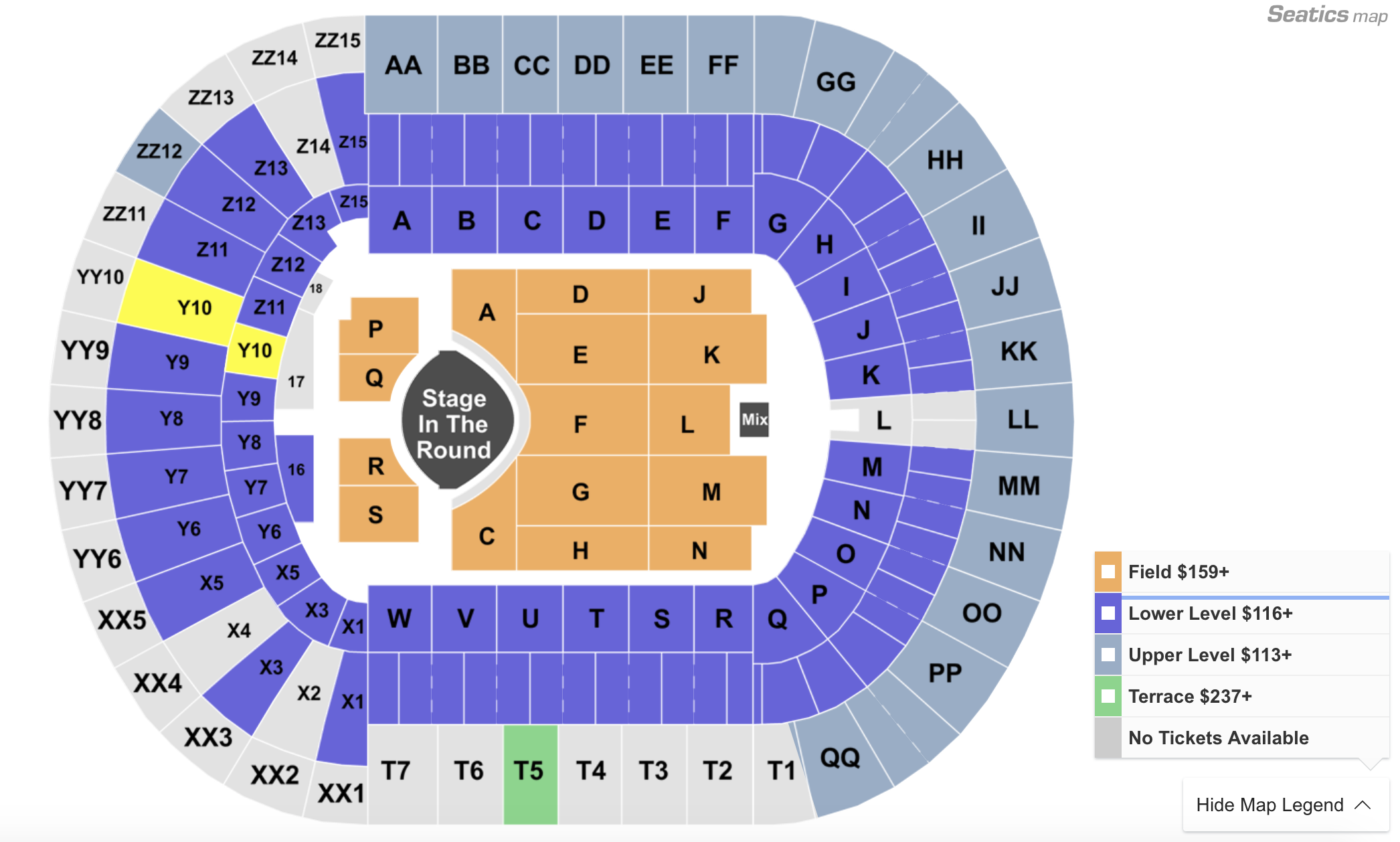 The Cure Reveal All Dates on 2016 North American Tour

A Look At The Averaging The Who Setlist On ‘The Who Hits 50! Tour’

The Who Tickets In Dallas Down 12% For Last Minute Buyers