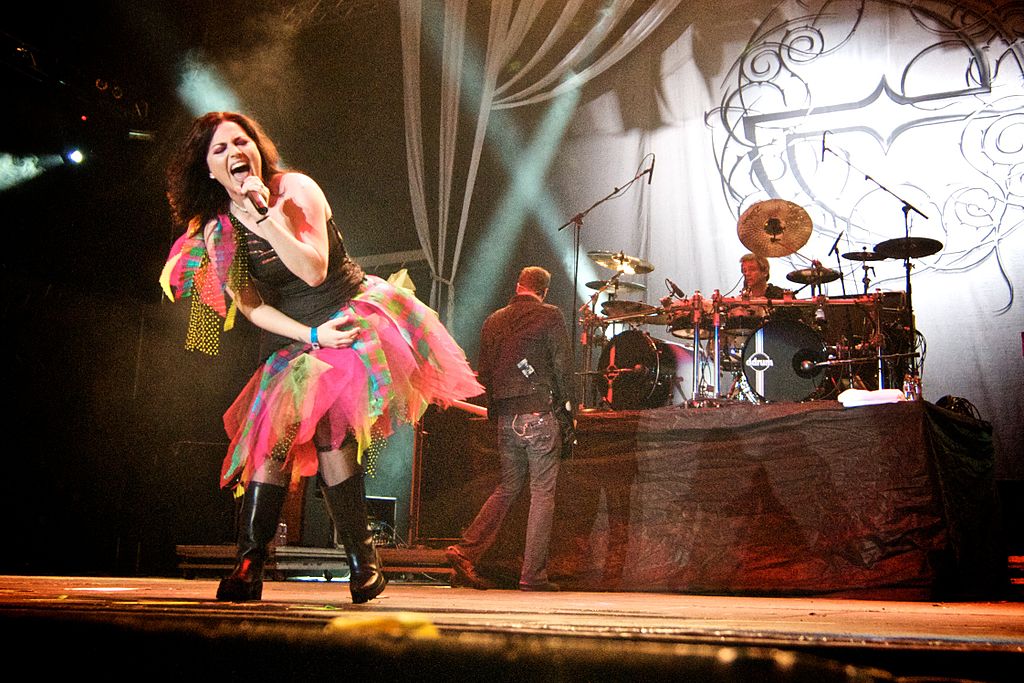 Evanescence has announced a fall tour that will hit 16 dates across the months of October and November. The band's route will kick off October 28th in Dallas, Texas and wrap up on November 23rd in Huntington, New York. Tickets to see Evanescence this fall go on sale August 26th, with a fan club pre-sale scheduled for Tuesday at 10 a.m. local time. Major stops along the tour route include Atlantic City, New Jersey, Orlando, Florida, and Houston, Texas.

Frontwoman Amy Lee is scheduled to release her first children's album, Dream Too Much on September 30th. The album, which inspired by Lee's two-year-old son Jack, will include kid-friendly tracks like the Sesame Street classic "Rubber Duckie," the Beatles' "Hello Goodbye" and R&B standard, "Goodnight My Love," although its unlikely that the rock band will play any of those tracks live this autumn. Evanescence is best known for their hits, "Bring Me To Life," and "Call Me When You're Sober."