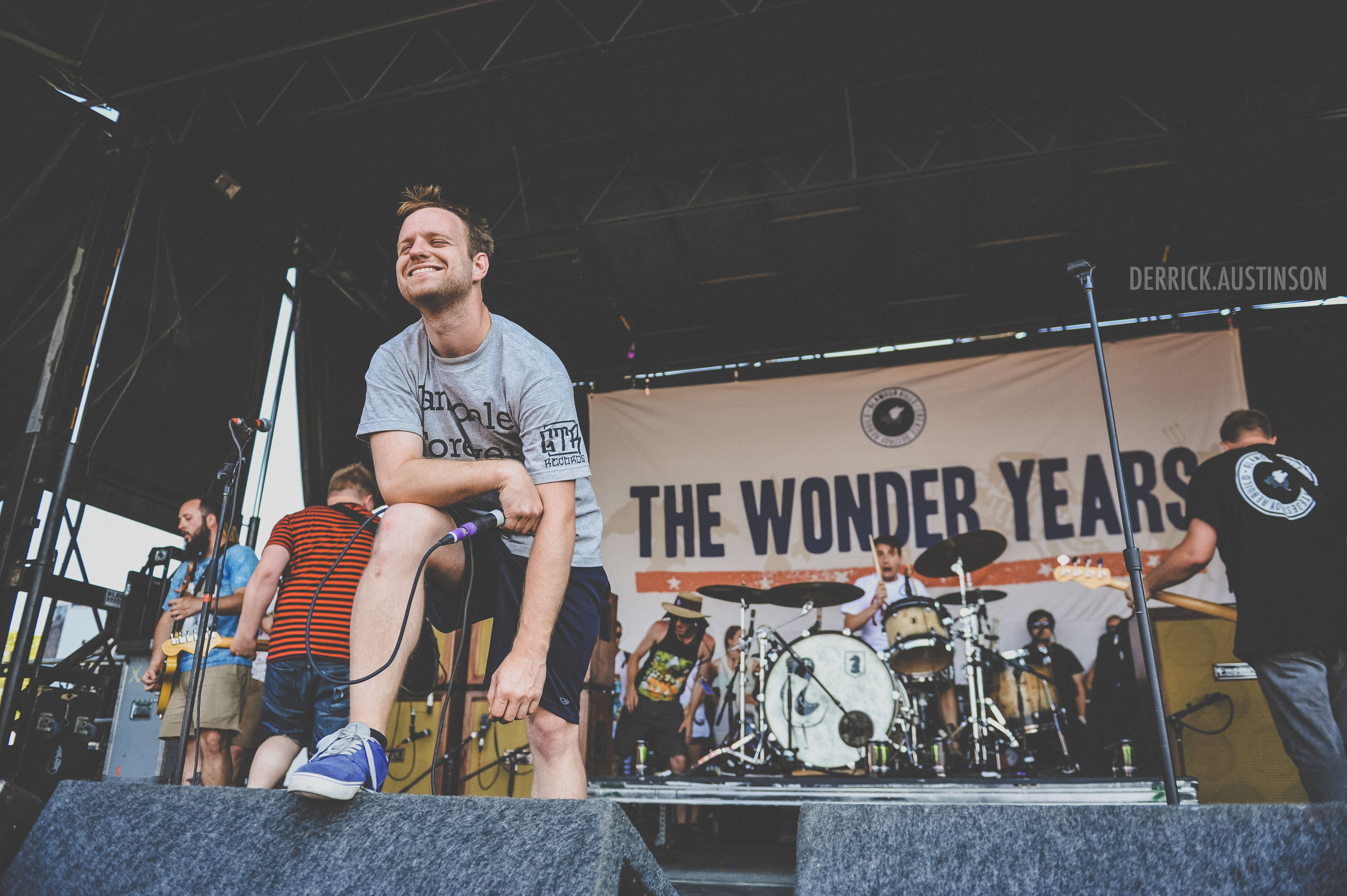 Philadelphia-based pop-punk outfit The Wonder Years have announced a lengthy headlining North American tour scheduled to launch this fall. The 30-date stretch will feature support from Real Friends, Knuckle Puck, Moose Blood and Seaway. The tour will kick off on October 15 in Columbus, Ohio at the Park Street Saloon and stretch out until November 23 where it wraps in Philadelphia at The Fillmore. Major stops include two nights at New York City's Webster Hall, as well as a stop in Las Vegas at The Brooklyn Bowl.

The newly announced tour is in support of The Wonder Years' most recent studio effort and highest charting album to date, No Closer to Heaven, which they dropped just under a year ago through Hopeless Records. Since the album's debut, the band has toured extensively, playing two major North American tours with bands like letlive. and Motion City Soundtrack, as well as tours in the U.K., Japan, and Australia. Currently, the band is trekking through Latin America for the first time, playing shows in Chile, Peru, Colombia, and Brazil.

Tickets to see The Wonder Years are on sale and expected to sell out in most major markets. The band's prior fall U.S. tour saw countless sold out dates, with resale tickets averaging $120.