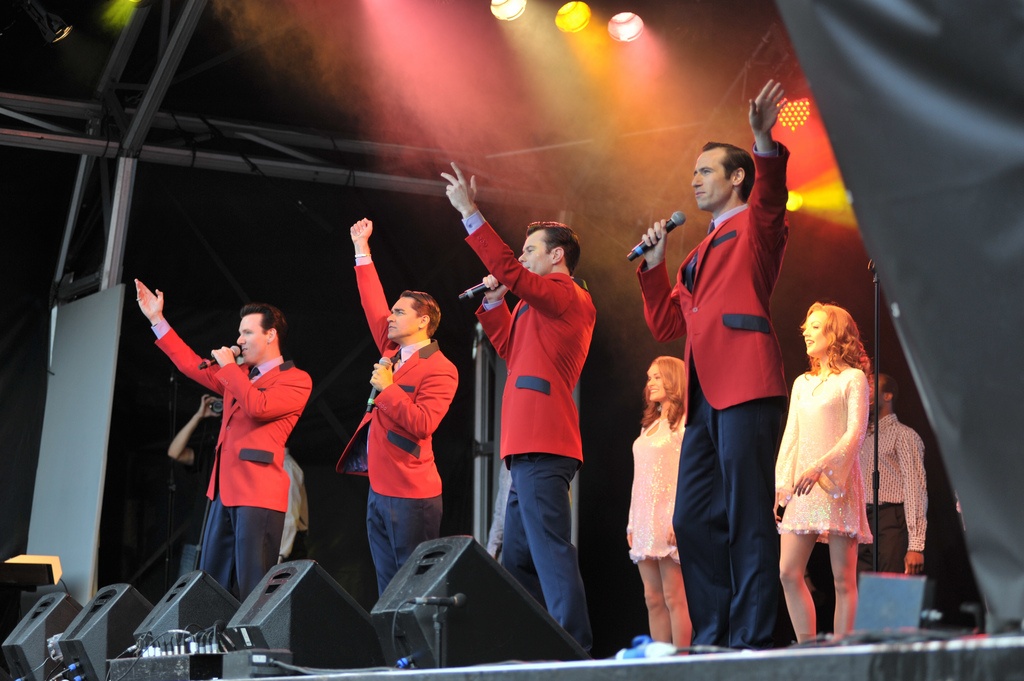 The long-running Broadway musical hit Jersey Boys will close in January 15, 2017 after a run of 11 years. Upon its closing, the production will have produced 4,642 shows at the August Wilson Theatre, and will finish up as the 12th-longest running show in Broadway history.

Jersey Boys debuted in La Jolla, California in 2004 before coming to New York in November 2005. The Jersey Boys U.S. tour began in 2006 after winning the Tony Award for Best Musical. Over its 11-year span, the show has grossed more than $2 billion worldwide in its various productions.

On October 18, Mark Ballas of Dancing With the Stars will join the cast as Valli, while Dominic Scaglione Jr. will wrap up his run on October 16.

Jersey Boys tickets for the remainder of its run are averaging $214 on the resale market, with the cheapest ticket for most shows starting in the $50-$100 range.

Jersey Boys is a musical biography of the 1960s musical group, the Four Seasons. The show chronicles the highs and lows of the relationships at the center of the group, with a special focus on frontman Frankie Valli, known for being a small kid with the big falsetto. The show explores how the group adapted their street smarts learned on the streets of New Jersey got them through a multitude of challenges like gambling debts, Mafia threats, and family disasters.