The 2017 Phillips 66 Big 12 Tournament will be held from March 8-11 at Sprint Center in Kansas City, Missouri. The next week of games will be critical for seeding in the tournament. Kansas, the Big 12 regular season champion, will defend its 2016 Big 12 Tournament championship against a field of tough competitors.

Kansas, however, is used to playing against top flight competition. Over the last 11 seasons, Kansas has seven Big 12 Tournament championships, which includes a 81-71 championship clinching victory over West Virginia last season. Kansas made nine three pointers, compared to just two for West Virginia in the victory. West Virginia, a team vying for the #2 seed in the Big 12 Tournament, may have a chance for retribution after splitting the season series with the Jayhawks.

Of note, West Virginia lost a heartbreaker to Kansas at Allen Fieldhouse in overtime. West Virginia is competing against Baylor and Iowa State for the coveted #2 seed in the tournament. Fans that want to attend games at Sprint Center should check out TicketIQ for the best deals on all Big 12 Tournament tickets. On TicketIQ, All Session Big 12 Tournament tickets start at $280. Individual session ticket prices tend to vary, but fans can secure Championship Game tickets starting from $110 each.

Rounding out the rest of the field will be Oklahoma State, Kansas State, TCU, Texas Tech, Texas, and Oklahoma. Some of these teams can secure NCAA Tournament bids with deep runs in the Big 12 Tournament. Most teams will likely want to avoid Kansas, but a win over the top-seeded Jayhawks could go a long way to making one of these teams NCAA Tournament eligible. Expect a thrilling tournament with a champion being crowned on Saturday, March 11th.

Warriors Visit Bulls in This Week's Most Expensive NBA Game 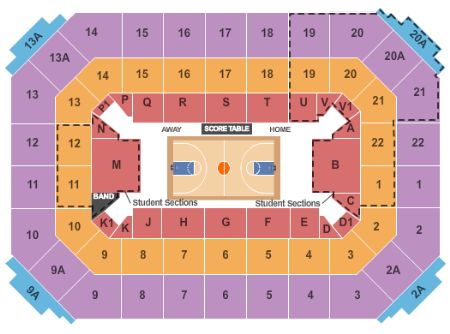 For sold out seats, TicketIQ has Fee Free tickets for on all events at Allen Fieldhouse, including Kansas Jayhawks basketball games as well as Concerts. TicketIQ customers save up to 25% compared to…

Breaking Down The 2015 Baylor Football Schedule