Pauley Pavilion will be the hosting site of Saturday's matchup between two of the Pac-12’s top teams. Both USC and UCLA have already topped 20 wins and are locks for the NCAA Tournament, and this weekend's game will be their most expensive showdown in at least four years.

The Bruins are searching for their 13th win at home this season, with star player Lorenzo Ball propelling the team to the top of the Pac-12 standings. Expect another big effort from the 6'6" freshman as UCLA looks for the baker's dozen win. On TicketIQ, UCLA tickets against USC now own a $222 average, easily making it the top-priced matchup since at least 2014. In the teams' previous three meetings, no game averaged over $132.

Those looking for the cheapest tickets can get past the gates at Pauley Pavilion starting from $110 each. That is more than twice the price of 2014's game, which previously owned the most expensive get-in price at $53.

The average ticket price for UCLA home basketball games this season is $107, so Saturday’s contest is hitting a record high in terms of get-in price. The two colleges engage in highly entertaining battles across all sports, but the basketball tilts are especially important. With NCAA seeding on the line, expect both teams to deliver big efforts on both ends. 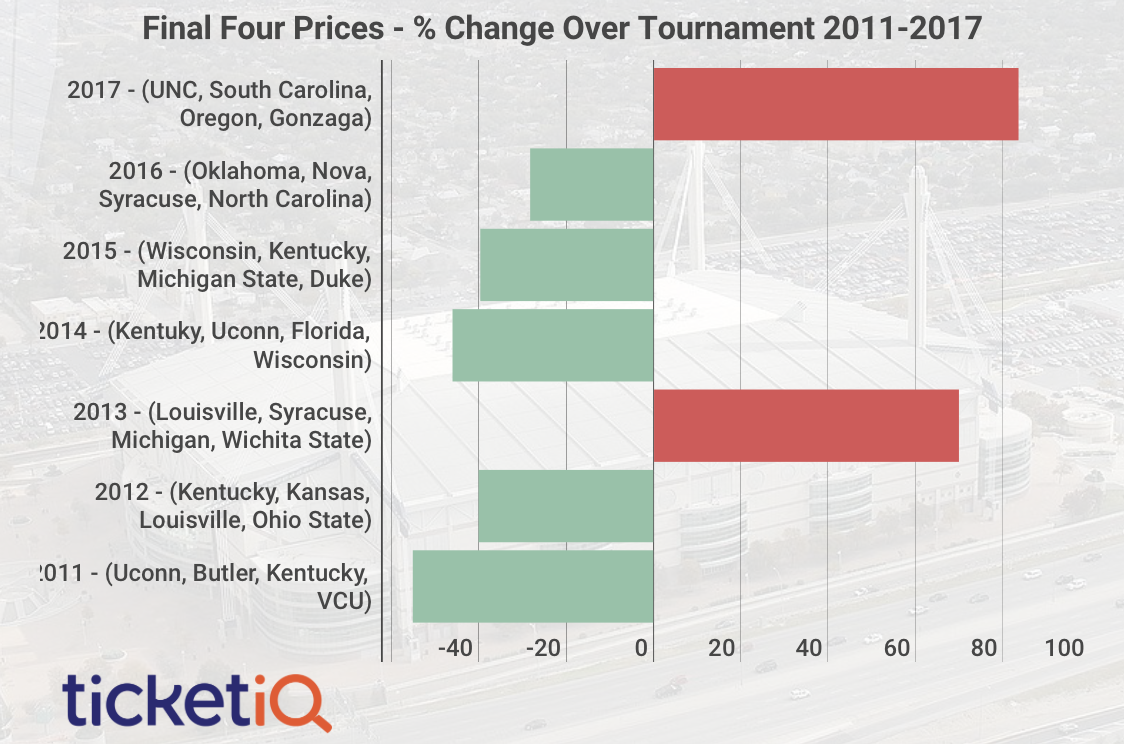