As the info-graphic below shows, prices for 49ers tickets are down 49% since the first season at Levi's stadium in 2014.  That marks the biggest decrease in the NFL over that period. Next is the Saints, which are down 26%, followed by the Bears, which are down 25%.
The most expensive homegame for the 49ers is against the Cowboys, starting from $187.  The cheapest is Jaguars on Christmas eve, starting from $38. 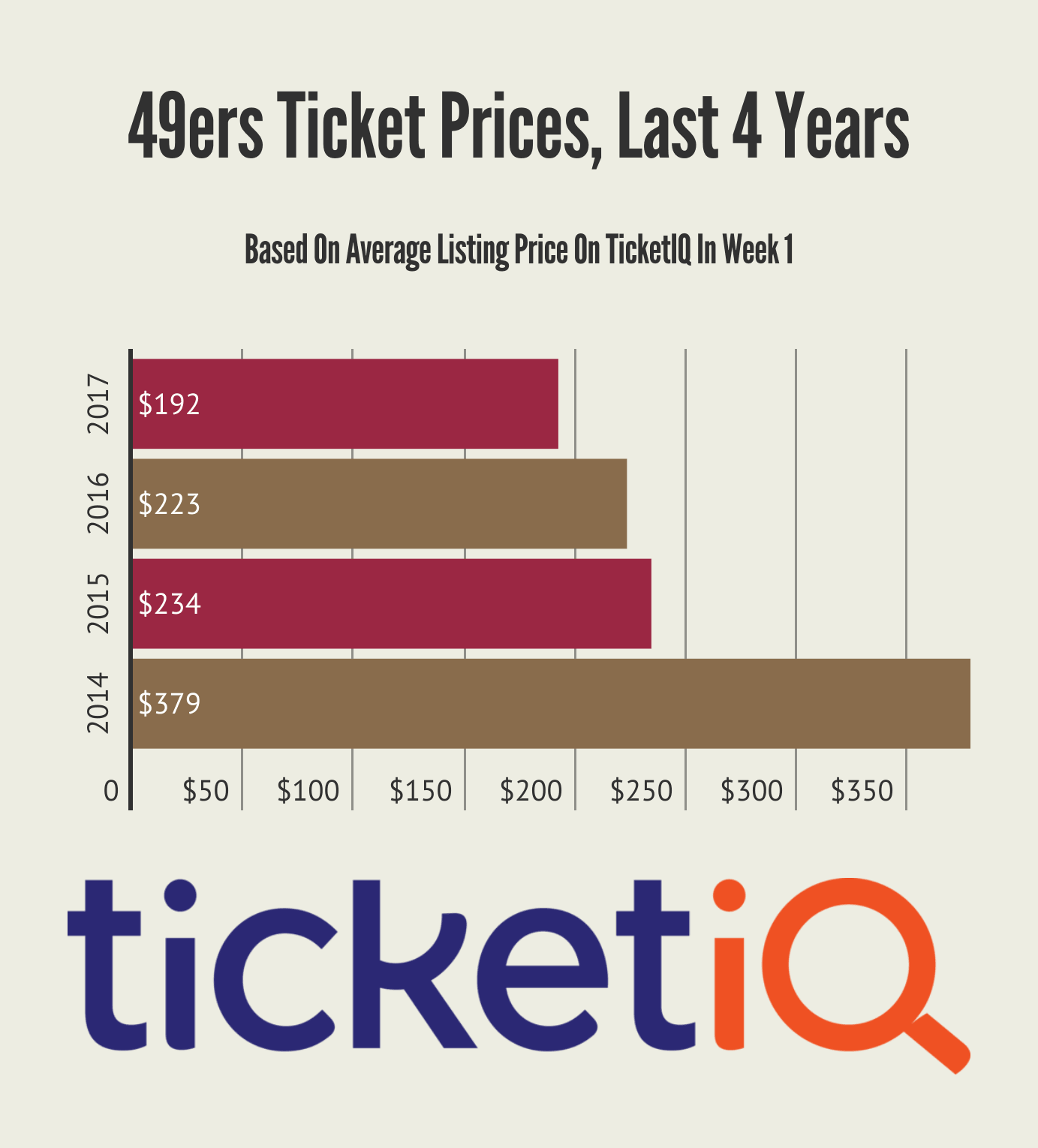 Below is a table with biggest price drops over the last 4 and 5 years, as well as from last year.

According to SF Chronicle, the issue has extended to PSLs as well. According to the article publisher last season: "Greg Carl, managing partner of PSLsource, an independent resale site, said the values of 49ers seat licenses have declined with the team’s fortunes. In 2014, Levi’s first year, they were selling at an average of 25 percent above face value, Carl said. Now they are selling at 40 percent below for a simple economic reason. Supply on the market has definitely gone way up,” he said. His website lists 1,300 49ers seat licenses for sale."

How To Find Cheapest 49ers Vs. Seahawks Tickets in 2020

How To Find The Cheapest 49ers Vs. Packers Tickets + Face Value Options