Kike Hernandez launched the Los Angeles Dodgers into their first World Series since 1988. The left fielder homered three times in Game 5 at Wrigley Field on Thursday. As Los Angeles awaits its Fall Classic opponent, Tickets at Dodger Stadium for the World Series have an average price of $3,038. This price ranks secind among World Series ticket prices since 2010; the only more expensive home prices were the Chicago Cubs last year.

If the Yankees advance to their first World Series since 2009, it could send Dodgers tickets ahead of the Cubs, which seems hard to believe.  While 2016 Cubs World Series tickets started with an average price of over $6,000, prices dropped after they lost the first two games in Cleveland. By by the time the gams were plated prices had dropped to an average of $3,480. 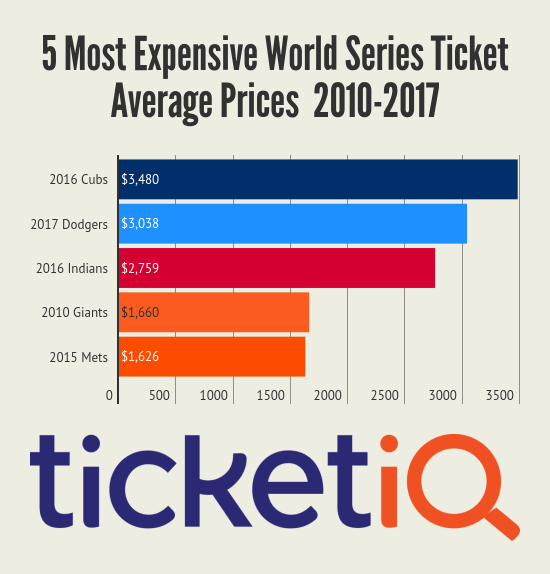 Clayton Kershaw, who threw six innings of one-run ball to eliminate the Cubs, expects to be the Game 1 starter on Tuesday. The average price for Game 1 at Chavez Ravine is $2,083, as Kershaw look to continue to shake off his previous struggles in the postseason. However, in the regular season in 2016, he had a decent, five-strikeout scoreless start against the Yankees, and in 2015, he struck out 10 Astros over eight innings and allowed just one run.

The Dodgers have yet to name a Game 2 starter, but World Series Dodger Stadium tickets are the cheapest for that game at $1,823. The average prices unsurprisingly rise for Game 6 ($2,141) and Game 7 ($2,551). With either the Yankees or Astros in the World Series, the 2017 Fall Classic will sure be a spectacle. 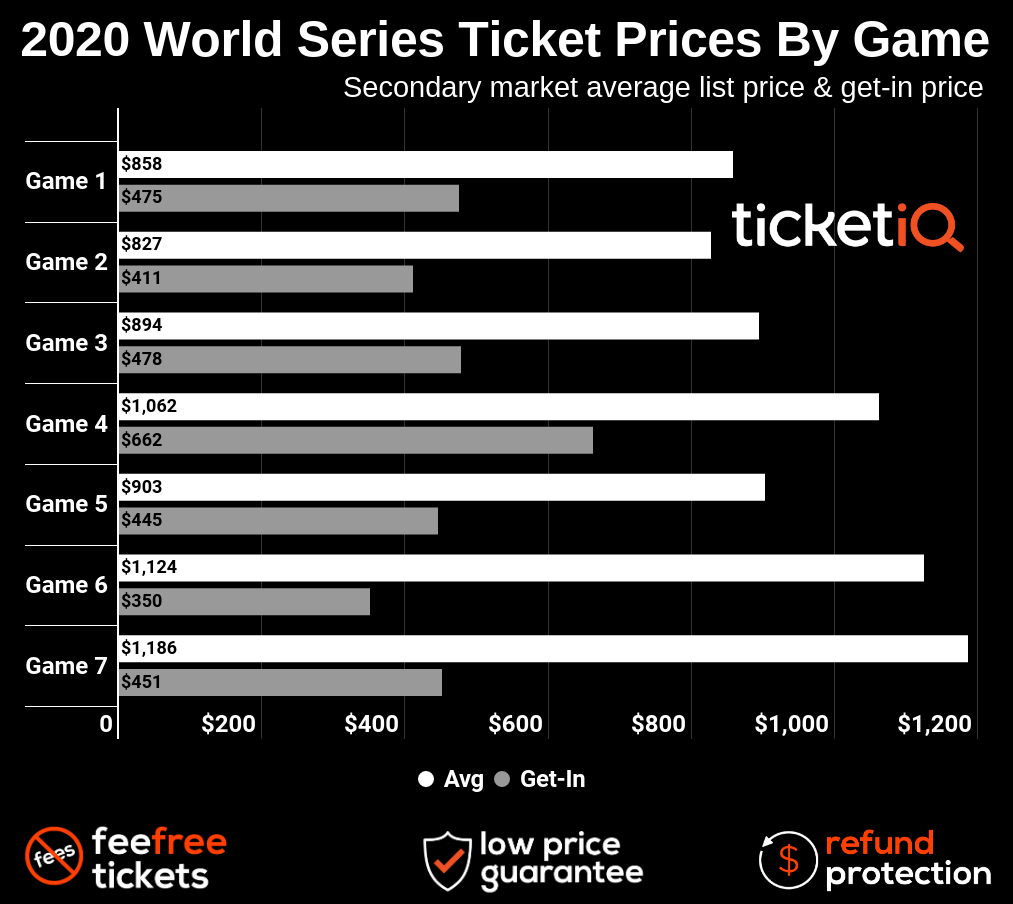