› MLB  › Where to Find The Cheapest 2022 MLB Playoff Tickets

Where to Find The Cheapest 2022 MLB Playoff Tickets

Where To Buy 2022 MLB Playoff Tickets

Primary market face-value MLB playoff tickets for most teams are available via their website, or Ticketmaster.

2022 MLB Playoff ticket pricing is not yet available on the secondary market. Below is a look at last year's prices. 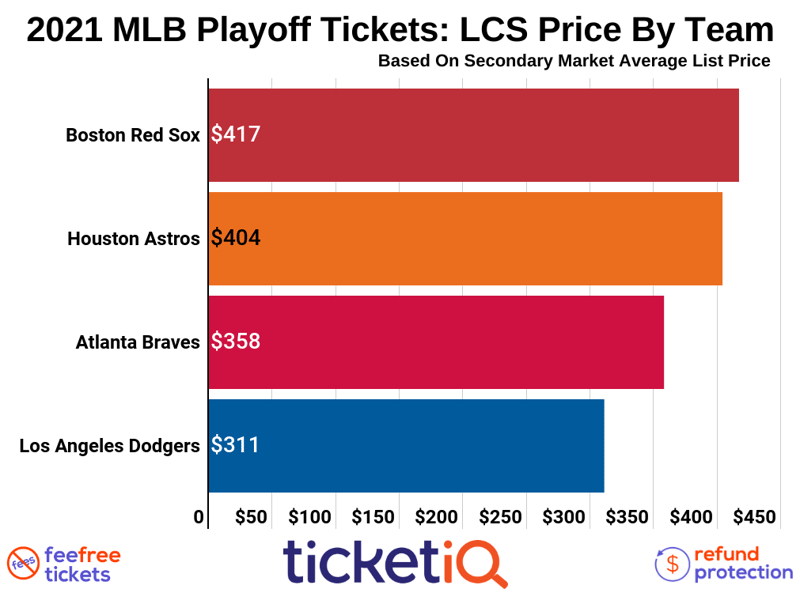 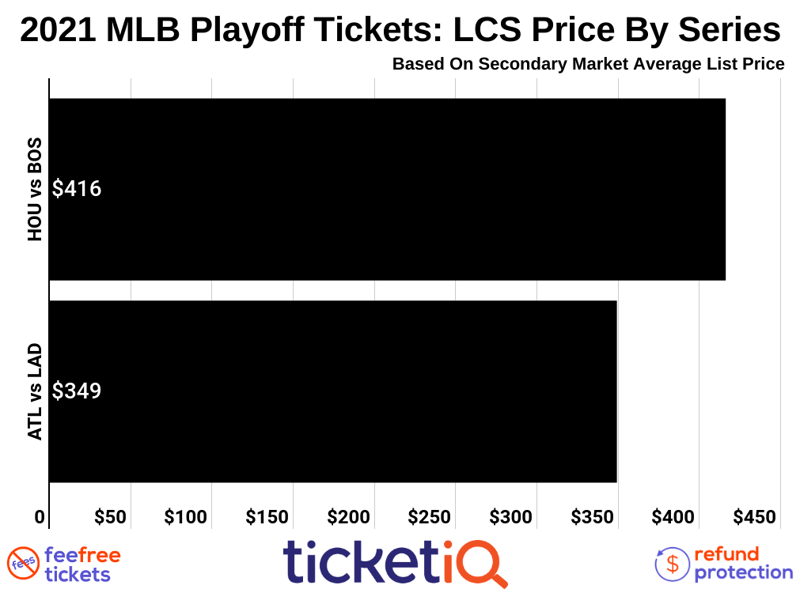 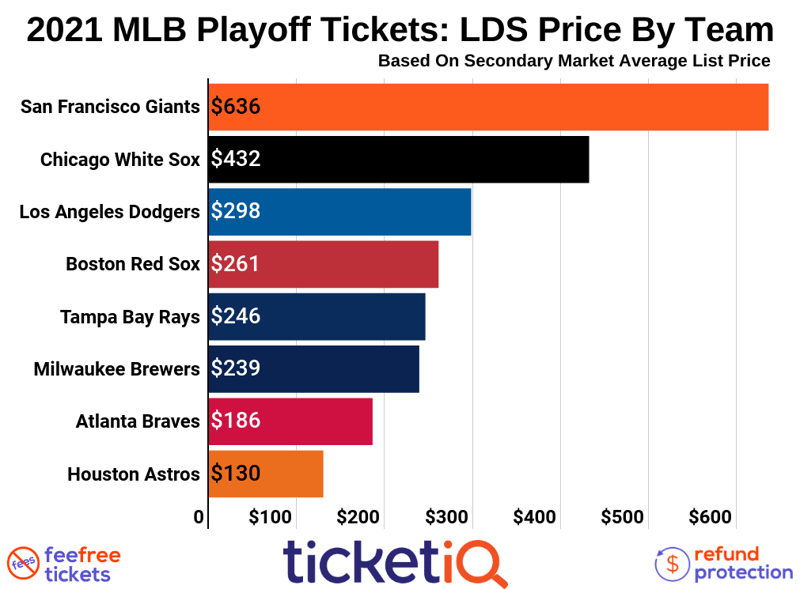 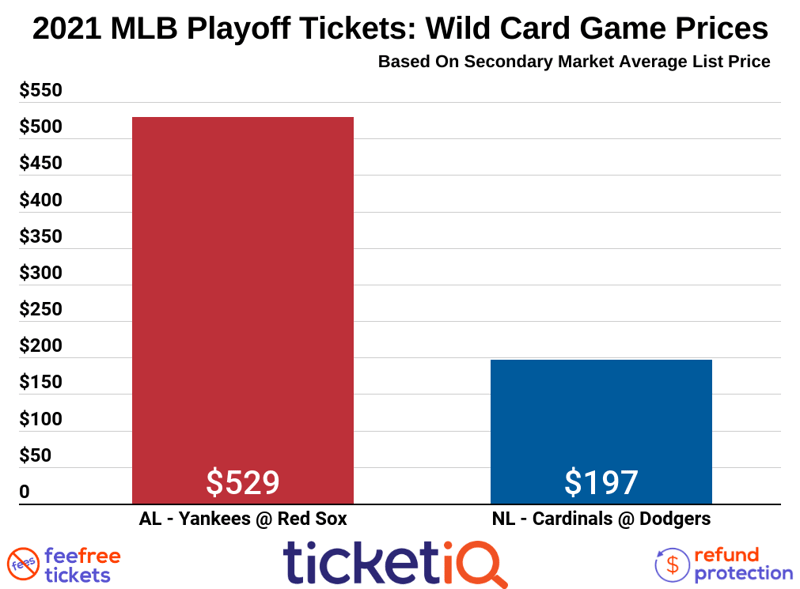 Due to the state guidelines in California and Texas, tickets will only be available for the NLCS and World Series.

How Much Are 2020 MLB Playoff Tickets

Below is a look at the average price and get-in price for each NLCS game:

Below is a look at the average price and get-in price for each World Series game:

How Much Are 2019 MLB Playoff Tickets

After a 162-game—or in this year’s case, 163-game—marathon season, the Major League Baseball playoffs are in full swing. While the Yankees steamrolled the Twins, the rest of the league divisional series in going the distance. As the below infographic shows, the Astros have the highest game 5, which the cheapest ticket available for around $100. Dodgers game 5 ticket prices are down 30% since the start of the series, and it could be a cheap series-clinching game for fans.

The below infographic (which excludes potential GM7 Prices for Yankees) shows that Nats fans are the most the most excited about advancing to the League Championship Series, the franchises first since relocating to DC in 2005.

NL World-Series favorite Dodgers fans appear to be saving up for a deeper run, with Dodgers tickets the 2nd cheapest of any LDS home games. Yankees vs. Twins at Yankee Stadium in the most expensive home side of any LDS series. It's also the only series that makes the top 10 LDS prices this decade (#6). Despite their record-breaking season, Twins fans aren't getting too excited about another post-season meeting with the Yankees. In their second LDS this decade, the Twins average ticket price of $183 is 33% below their 2010 prices of $271. With the best odds to reach the World Series in the AL, Astros prices are the 2nd highest over the last four years, behind only 2017, the year they won the World Series.
Despite the highest odds to reach the World Series in the NL, the Dodgers have the second cheapest NLDS prices this season, and their second cheapest this decade. Of the teams that have clinched a spot in the LDS, the Braves have the cheapest NLDS prices while the Twins are cheapest in the ALDS.

How Much Are 2019 MLB Wild Card Game Tickets

The two 2019 Wild Card game match ups are set. In the American League the Tampa Bay Rays will travel out west to take on the Oakland Athletics, and in the National League the Milwaukee Brewers head to Washing to face the Washington Nationals. Prices and ticket links for each game are below:

How Much Are 2019 MLB League Divisional Series LDS Playoff Tickets

After two straight years in the World Series, Dodgers prices are the lowest on the secondary market, and the team is even offering some incentive for fans to come out to the ALDS. The first 40,000 ticketed fans in attendance will receive a Cody Bellinger Postseason Bobblehead.

How To Find The Cheapest Slothrust Tickets + 2021-22 Tour Dates

How To Find The Cheapest Spring Training Tickets