Now in its 12th year, 2020 Winter Classic tickets rebounded in average price on the secondary market compared to last season. Despite a new location in Notre Dame Stadium, tickets last year were going as low $75 to see the Blackhawks take on Bruins. This year, the cheapest tickets on the secondary ticket market is more than double that price to see the Nashville Predators take on the Dallas Stars at the Cotton Bowl in Dallas, Texas.

One other interesting note is that the most expensive game at Busch Stadium seated only 46,000 fans while the game on New Year’s Eve day at the Cotton Bowl will seat over 90,000, which means you could make the case that this is the highest demand WC this decade, based on quantity and price. The second most expensive game this decade in Pittsburgh at Heinz Field seated just over 68,000. The Cotton Bowl Stadium will become only the third venue in the state of Texas to host a regular-season NHL contest along with American Airlines Center and Reunion Arena. 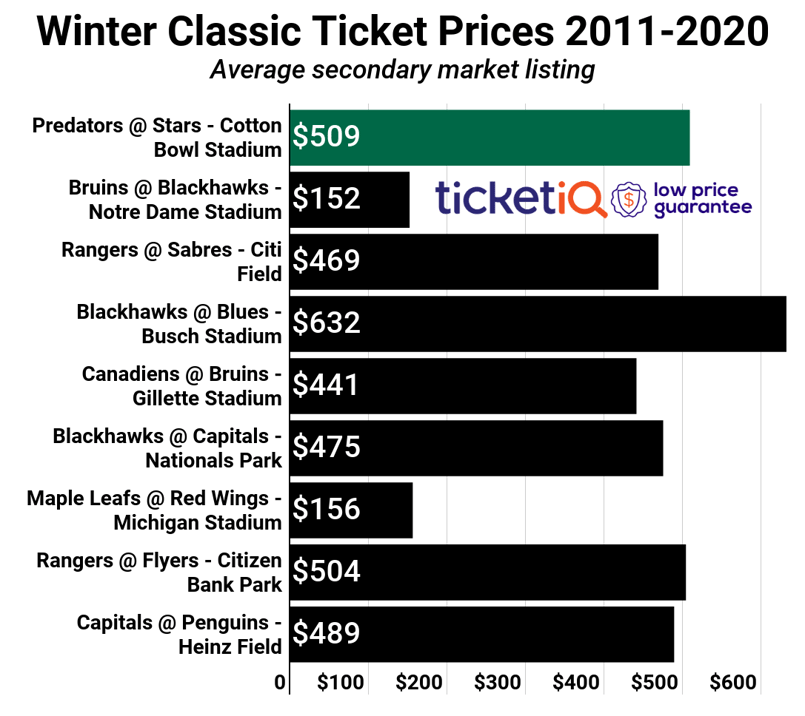 On the secondary market TicketIQ will offer fans a Low Price Guarantees on all Nashville Predators home games and Dallas Stars home games. In addition to Low Price Guarantees on all College Football tickets. That means that if you find a secondary market ticket for less on a site like StubHub or Vivid, we’ll give you 200% of the difference in ticket credit. TicketIQ customers save up to 25%.

Below is a screenshot of secondary market inventory and get-in price by zone: 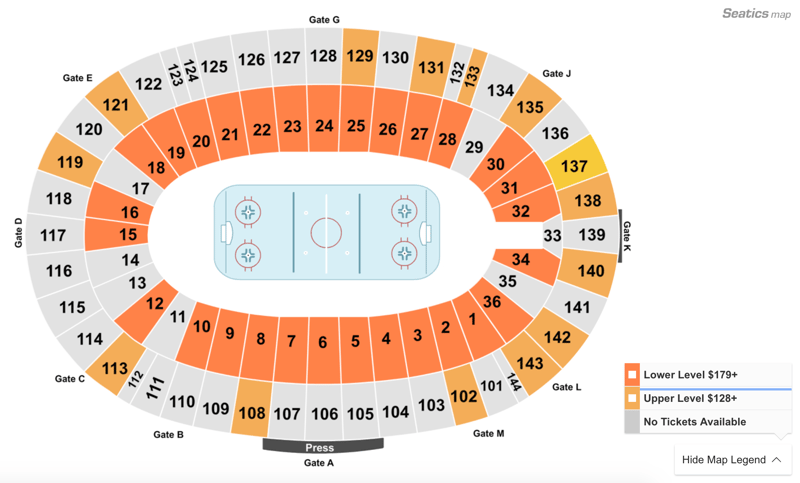 Where to Find The Cheapest Avalanche Vs. Stars Tickets for 2019-20 Season