For theater fans looking to catch Book of Mormon when it visits Fred Kavli Theatre at thousands Oaks Civic Center, the secondary ticket market is the best and almost the only answer. For the eight-show run which starts on July 9th and wraps up on July 14th.  While there are a few face price tickets available via Ticketmaster, the majority of those are single tickets, which means that you'll have to sit alone. The below image from TicketIQ shows the range of prices for the cheapest tickets each night on the secondary ticket market.  TicketIQ has Low Price Guarantees on for every sold out show at the Fred Kavli Theatre at thousands Oaks Civic Center, including Book Of Mormon's 2019 shows. 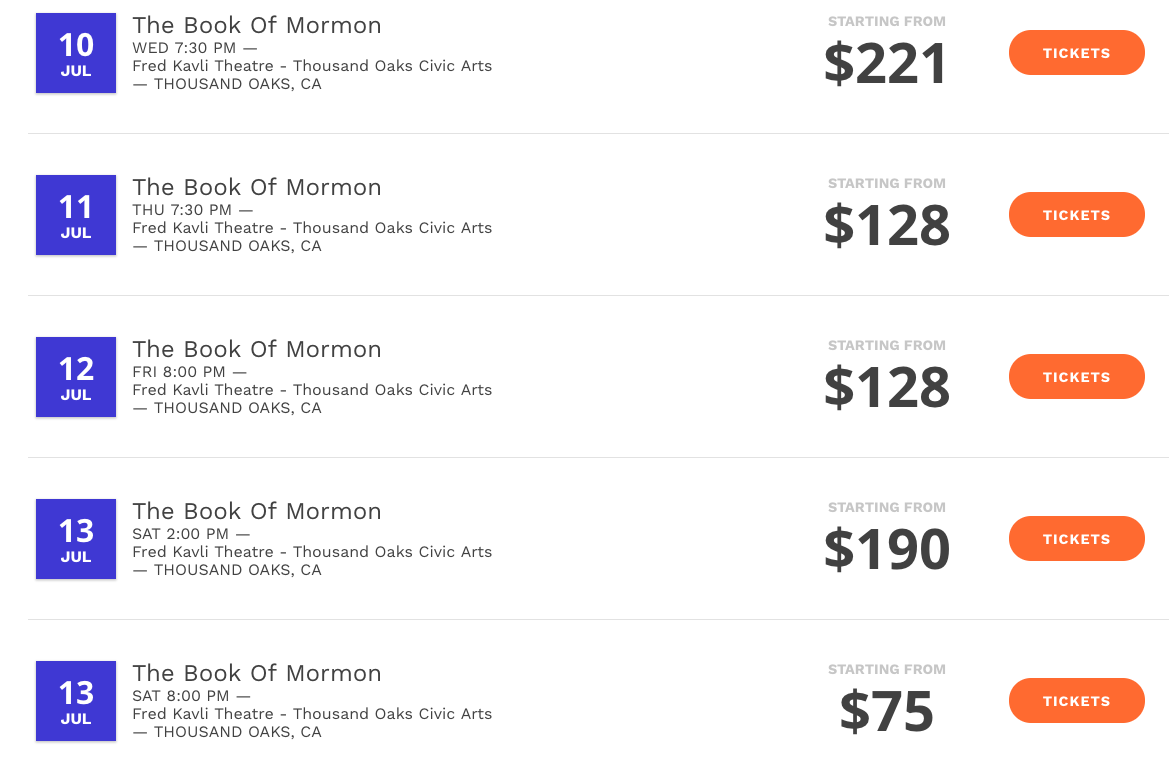 TicketIQ also has low price guarantees on all theater tickets, which means that if you find a secondary market ticket for less on a site like Stubhub or Seatgeek, we’ll give you 200% of the difference in ticket credit. TicketIQ customers save up to 25% compared to Stubhub and Vivid Seats. For theater fans that are not in town to catch Mormon, West Side Story starts on July 26th, with prices that are about half of what you can expect to pay for the cheapest Book of Mormon tickets. The good news for theatre fans looking to see Mormon is that the $75 for the Saturday night show is about as cheap as it gets to see Book of Mormon, anywhere.  Of the 22 cities where Book of Mormon is currently running, $75 is the second  cheapest 'get-in' price for any Mormon show in 2019, behind only $70 for the July 18th show in San Jose at the San Jose Performing Arts Center.

The New York Times calls Mormon "the best musical of this century." The Washington Post says, "It is the kind of evening that restores your faith in musicals." And Entertainment Weekly says, "Grade A: the funniest musical of all time." Jimmy Fallon of The Tonight Show calls it "Genius. Brilliant. Phenomenal." It's The Book of Mormon, the nine-time Tony Award-winning Best Musical.

The Book of Mormon 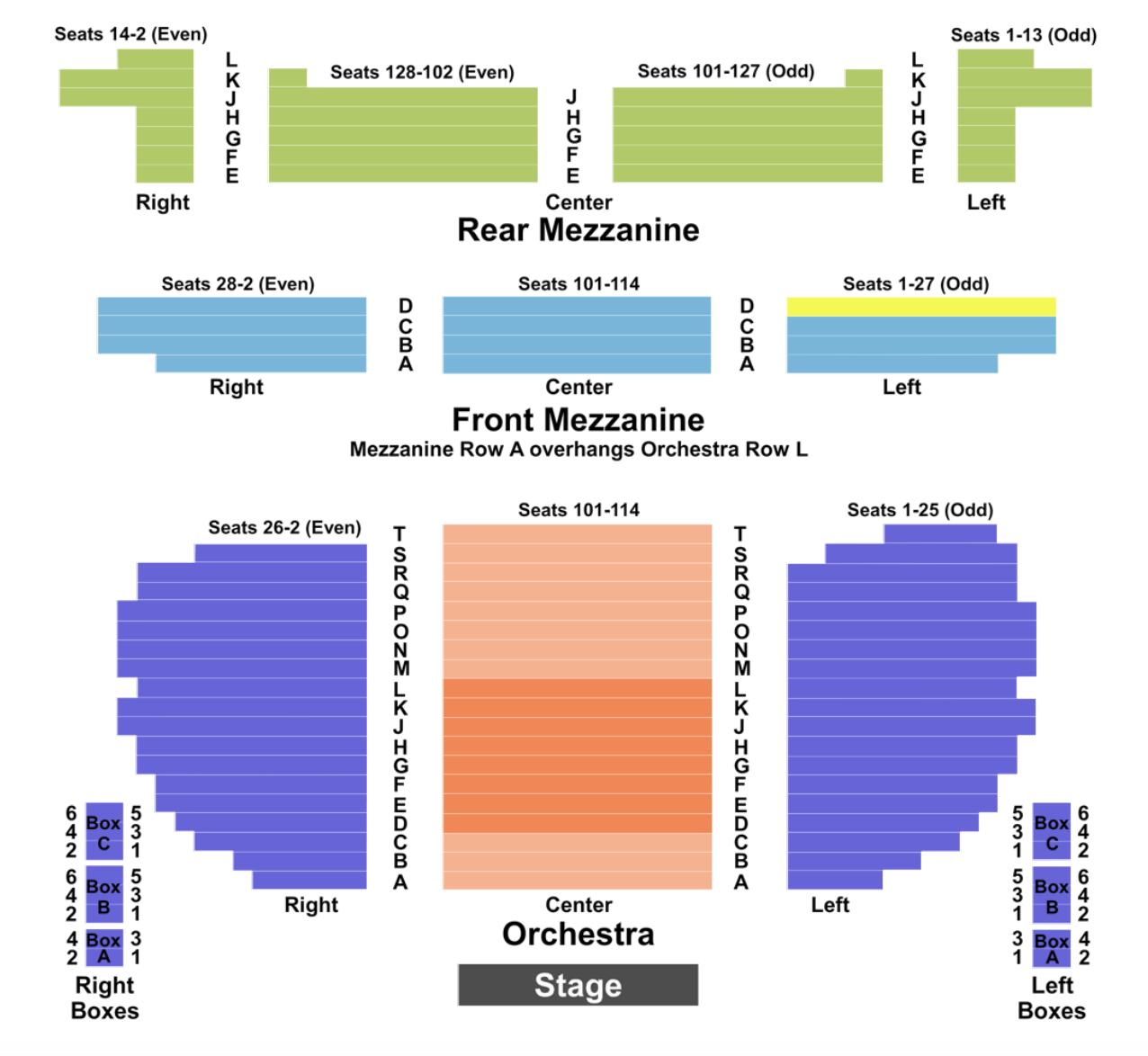