Where To Buy Phoenix Suns Tickets 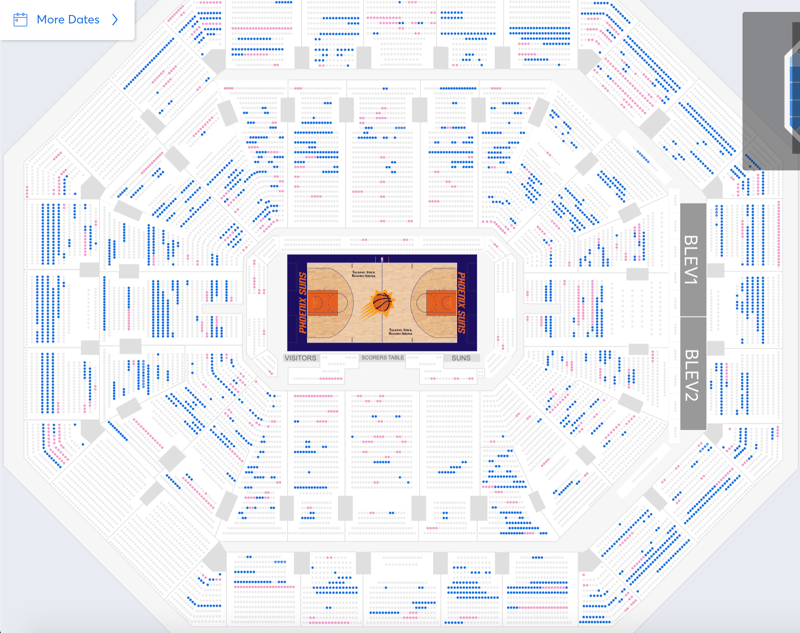 Fans can also find seats on the secondary market, and TicketIQ has Low Price Guarantees on sold out Phoenix Suns tickets and for all games on the 2019-20 schedule, in addition to Low Price Guarantees on all NBA tickets. That means that if you find a secondary market ticket for less on a site like StubHub or Vividseats, we’ll give you 200% of the difference in ticket credit. TicketIQ customers save an average of 5%-20% compared to StubHub and Vividseats. Below is a seating chart for a typical middle of the road demand game including ticket prices by zone. 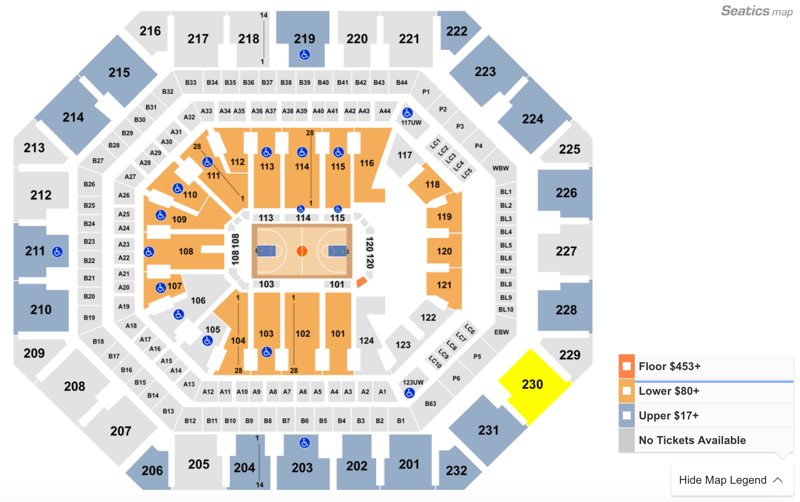 How Much Are Phoenix Suns Tickets

The average asking price on the secondary market for a Phoenix Suns ticket is $85, down about 20% from last season. This price ranks No. 25 across the NBA — the cheapest ticket in the league is $58 to see the Minnesota Timberwolves at home. The average price for a home game at Talking Stick Resort Arena is the cheapest in a decade. 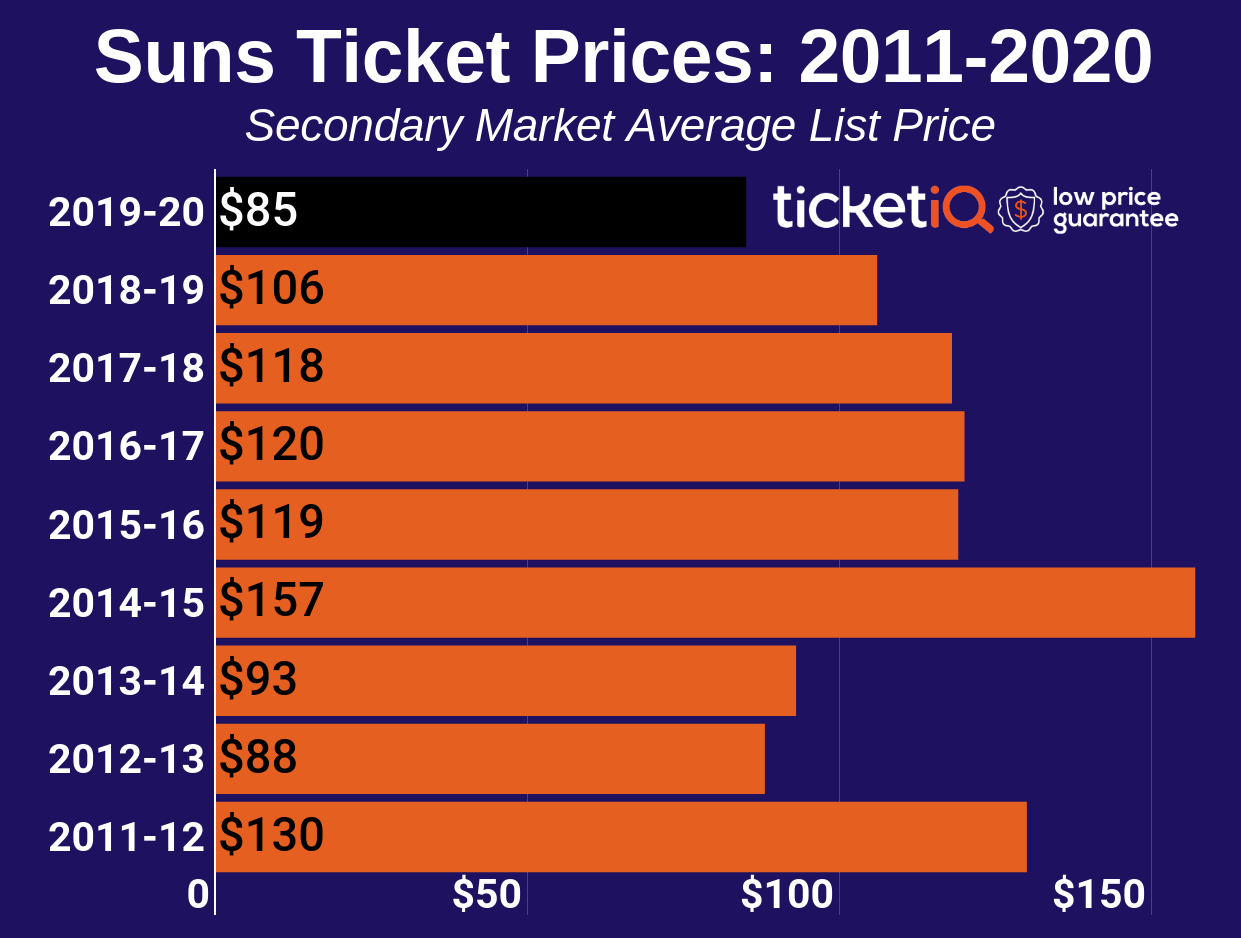 The priciest game of the season on both the primary and secondary markets will be Tuesday, November 12, when the Los Angeles Lakers visit Phoenix. On the primary market, tickets start at $79 in the 200 Sections and go up to $240 for seats in the floor sections between the baselines. On the secondary market, it will cost fans $104 for upper-level seats, and $400 or more for floor seats between the baselines.

What Are Season Tickets And Mini Plan Options

Fans can purchase half- or full-season plans to see the Suns, and can select from any available seats in the arena. According to the Suns website, full-season plans start at $20 per game and fans also get discounted pricing on single-game tickets, access to Suns’ Fantasy Camp, an invite to annual season-ticket holder only events, and more. The Suns also offer the eight-game “Pick ‘Em” plan, where fans can select eight games and get a discount.

Where Are Club Seats At Talking Stick Resort Arena

Premium experiences at Talking Stick Resort Arena include the Courtside Club, which are extra-cushy floor seats that also include club access, a private entrance, all-inclusive food and beverage and valet parking. Other premium seating is available on the 1st Bank Terrace, which are theater boxes that include club access and all-inclusive food and beverage, sideline club seats with access to the Bourbon Legends Lounge, or sideline seating with access to the Dos Equis Beer Garden.

The Suns are transitioning to mobile ticketing and encourage fans to download the Phoenix Suns App, which can be used to access, transfer or receive tickets, as well get access to parking passes. The app is available at the App Store or Google Play, and the Suns provide detailed instructions on using the app. 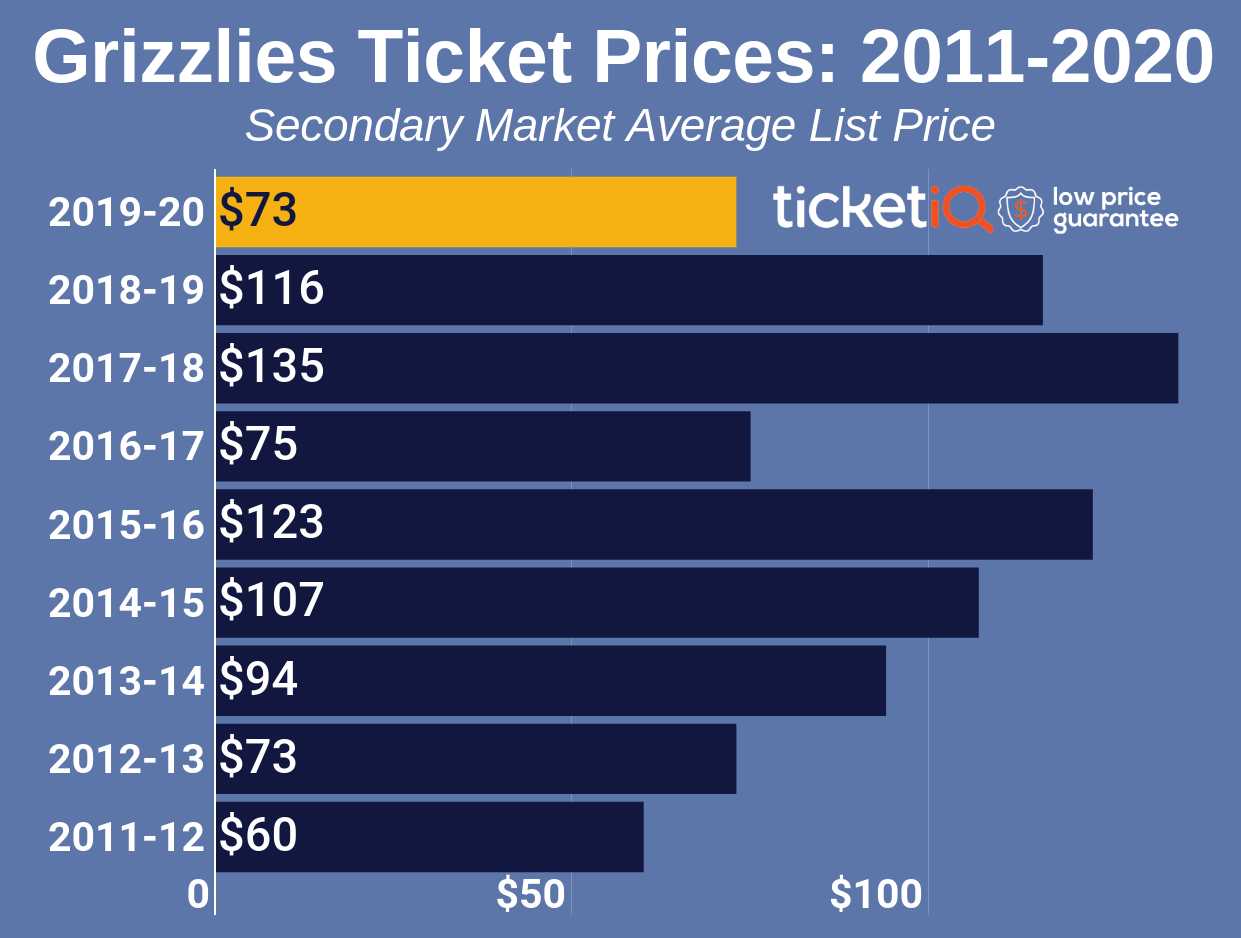 Warriors Head to Phoenix In This Week's Top-Priced NBA Game