UFC 246 comes to T-Mobile Arena in Las Vegas on January 18th and with it comes the return of Conor McGregor to the Octagon. McGregor (21-4-0), whose last fight was a loss to Khabib Nurmagomedov in UFC 226 last October, will face Donald "Cowboy" Cerrone (36-13-0) in the UFC 246 main event.

The rest of the announced card is below:

Where To Buy UFC 246 Tickets

Tickets went on sale on December 20th via AXS and are sold out.

Below is a screenshot of secondary market inventory along with the get-in price by zone at T-Mobile Arena for UFC 246. 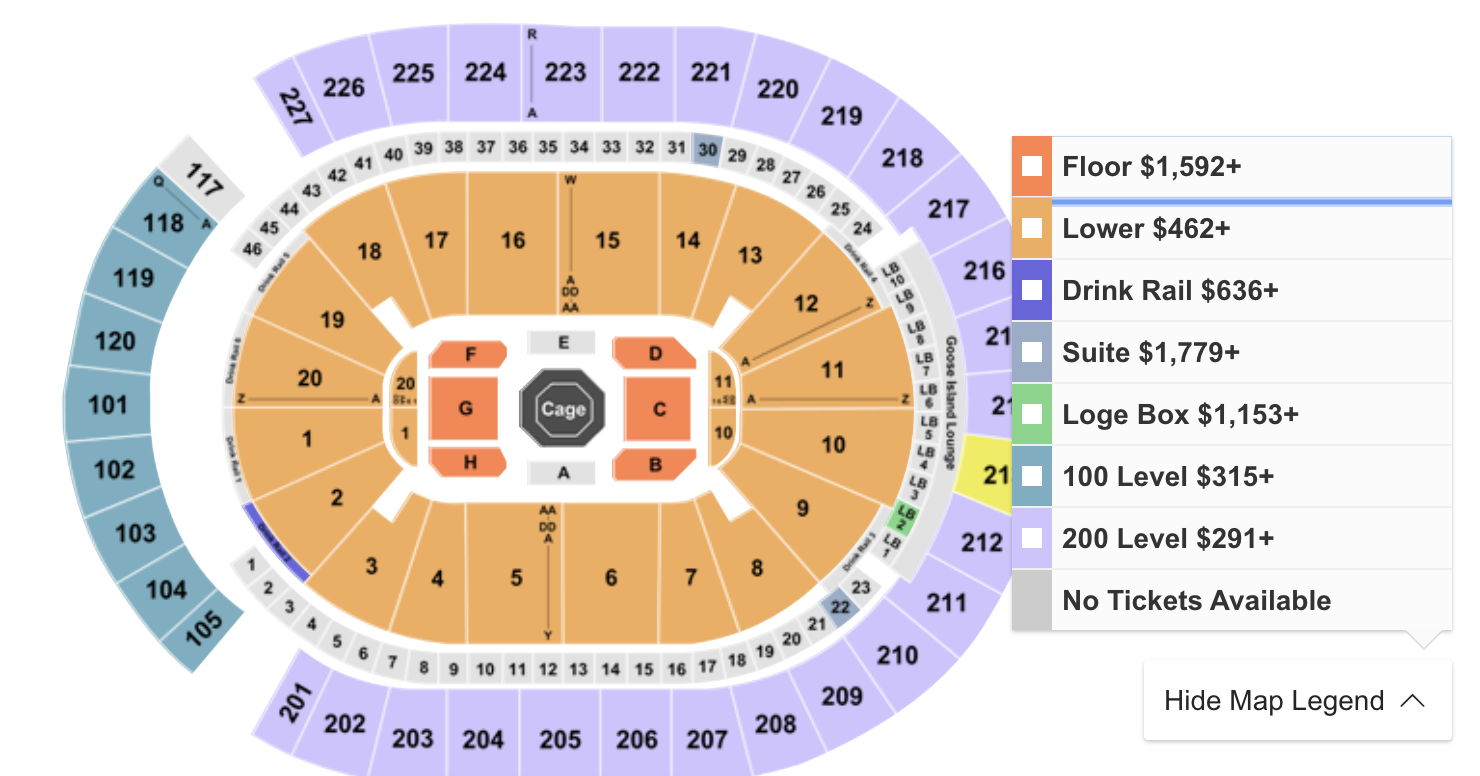 With the price decrease, it's not even one of the top five UFC events over the last 10 years, as the below infographics shows. 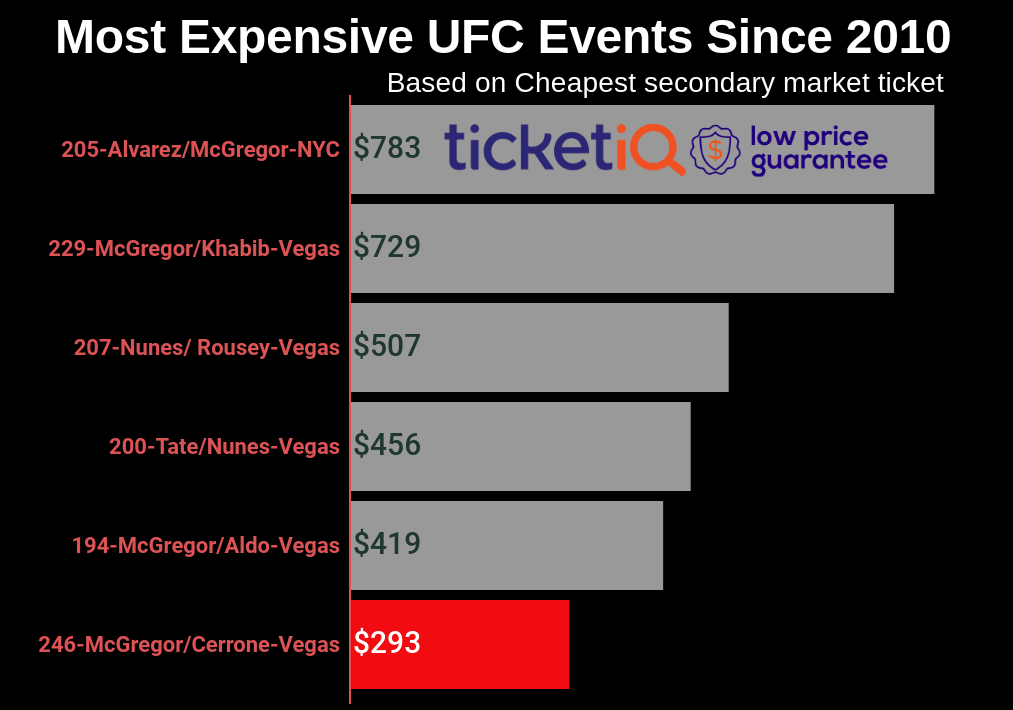