The Miami Heat is making the most of Dwyane Wade’s jersey retirement. The team announced in January a three-day celebration of one of its most celebrated alumni, and tickets are tough to come by. The festivities begin Friday, February 21, with the actual jersey retirement ceremony set to take place at halftime of the Saturday, February 22 game against Cleveland.

Primary market tickets to the game are nearly sold out, but a few seats remain on the 300 Level through Ticketmaster.

On the secondary market, TicketIQ has seats available for the Dwyane Wade Jersey Retirement Game, and will offer fans a Low Price Guarantee on all Miami Heat tickets in addition to Low Price Guarantees on all NBA tickets. That means that if you find a secondary market ticket for less on a site like StubHub or Vivid, we’ll give you 200% of the difference in ticket credit. TicketIQ customers save up to 25%.

How Much Are Tickets For Dwyane Wade's Jersey Retirement Game

According to TicketIQ, the average asking price on the secondary market for this game is $605, making it the third priciest jersey retirement game in recent history, behind only a $1,477 average when Kobe Bryant’s jersey was retired in Los Angeles in 2017, and $910 when Paul Pierce’s was retired in Boston in 2018. Rounding out the top six priciest are $591 for Tim Duncan, $409 for Shaquille O’Neal’ (Lakers), and $214 for Yao Ming.

The opening event of the weekend, called “The Flashback,” will be open only to season-ticket holders, premium-seat holders and corporate partners. On Sunday, February 23, a screening of the documentary "D. Wade: Life Unexpected," is set for 3:30 p.m. at American Airlines Arena. This event is open to the public, tickets are on sale for $3 on Ticketmaster, and Wade will make an appearance at this event. 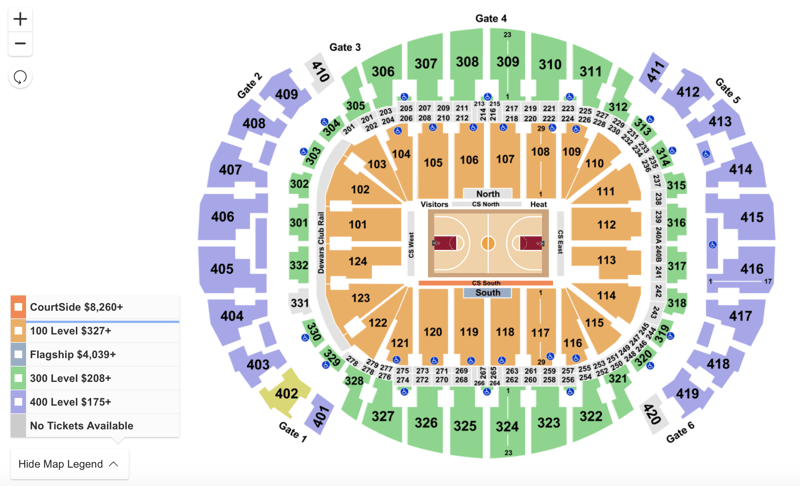 When Wade retired from the Heat after the 2018-19 season, he did so as the team's all-time leading scorer, a 13-time All-Star, and a Finals MVP (2006). He was part of three Heat NBA championships. He played nearly all of his career in Miami, with short stints in Chicago and Cleveland.