Where to Find Harry Potter and The Cursed Child Tickets

Midway through its second summer on Broadway, primary market tickets to "Harry Potter and the Cursed Child” are available through Ticketmaster. Seats start at $69 and the best availability through late summer and fall is for Thursday, Friday and Saturday performances.

TicketIQ offers a Low Price Guarantee on Harry Potter tickets for all sold out shows. According to TicketIQ, seats start as low as $143 through the summer, and the best deals are usually for the matinee shows on Wednesdays, Thursdays, and Saturdays. Some summer shows are sold out on the primary market, so fans will be wise to shop around.

TicketIQ also offers its Low Price Guarantee on all theater tickets, which means if you find a secondary market ticket for less on a site like StubHub or Vivid Seats, we’ll give you 200% of the difference in ticket credit. TicketIQ customers can save an average of 55-20% compared to StubHub or Vivid Seats.

The show is a continuation of author J.K. Rowling’s book series, and is in two parts – ticket prices are for Part One or Part Two. Ticketmaster offers patrons a chance to buy a package that includes both shows.

In total, both parts of the play last five hours.

Harry Potter and Cursed Child begins two decades after the final novel left off, with Harry as a husband and father of three school-aged children. Harry works for the Ministry of Magic and struggles to keep the past in its place. The play revisits the past throughout, mixing iconic moments from the novels with the present-day scenario.

According to Entertainment Weekly, the London opener broke pre-sale records

Reviews of the New York version of the show were enthusiastic as Time Magazine said Harry Potter “leaves you gasping in wonder at the magic of it all,” while a USA Today review says the show “has to be seen to be believed.”

In March, the Broadway version announced a cast changeover, with the original London and New York cast retiring from the show. That cast won six Tonys, including Best Play, after its New York debut in 2018.

The Lyric Theatre is located at 214 West 43rd Street in New York City. The theater seats 1,932. The Lyric Theatre is built on the foundations of the original Lyric and Apollo theaters, and underwent a complete redesign prior to the opening of Harry Potter and the Cursed Child.

Guests under the age of 15 must be accompanied by an adult. 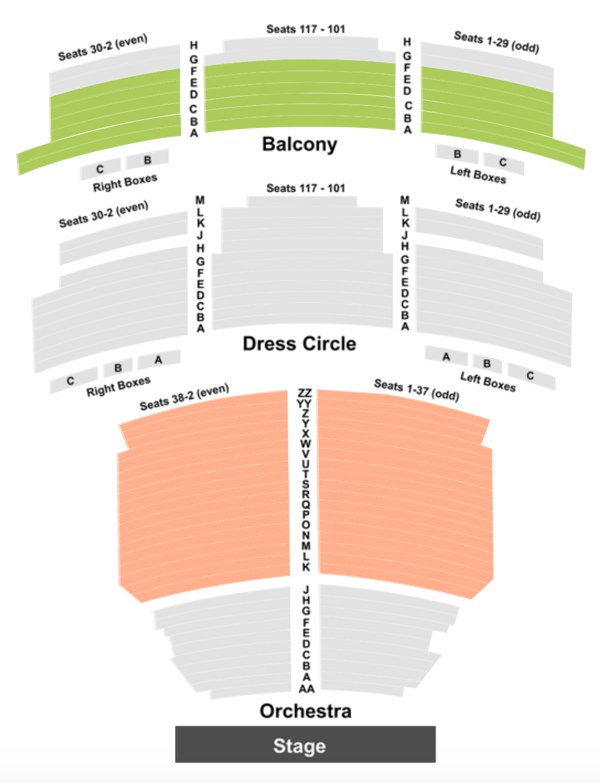 The Lyric Theatre is handicap accessible via the entrance on 42nd Street, which is at street level and accesses an elevator that serves the Orchestra and Dress Circle. Wheelchair accessible seats are available in both sections. There is no elevator access to the Balcony, and accessible rest rooms are located in the Dress Circle Lobby.

For those with hearing issues, the Lyric Theatre offers GalaPro, a free app with on-demand captioning and audio descriptions via smartphone.

There are no standing room spots in the Lyric Theatre.

The Lyric Theatre recommends that patrons arrive one hour before curtain, and latecomers will not be seated until intermission. The Lyric Theatre does full security checks before entry, and suitcases and large bags are not permitted in the theater.

The Lyric Bars and Snack Shop open one hour before curtain.

There is no Rush option for Harry Potter, but last-minute tickets and cancellations are available in the cancellation line at the theater box office daily. Tickets are sold at full price.

There is no daily digital lottery for Harry Potter, but fans can enter the “Friday Forty,” which gives 40 patrons both Parts One and Two for $40 total. Theater goers can register at TodayTix.com, and entries are accepted from 12:01 a.m.-1 p.m. every Friday for the performance the following week. Winners will be notified between 1-5 p.m. and will have one hour to claim tickets. Seats are determined by the box office, there is a limit of two tickets per person, and credit cards are accepted.

Harry Potter and the Cursed Child

How To Find Cheap Tickets For Paul McCartney's Freshen Up Tour