How To Find The Cheapest Alamo Bowl Tickets (Utah vs Texas)

In this year's Alamo Bowl, the Texas Longhorns will face Utah Utes. The game will be played at the Alamodome in San Antonio on December 31. Utah and Texas have played only one other time when they met during the regular season in 1982, and Texas won, 21-12.

Where To Buy Alamo Bowl Tickets

Primary market seats remain in nearly half the stadium for the Alamo Bowl via Ticketmaster.

On the secondary market TicketIQ will offer fans a Low Price Guarantee on all sold out Alamo Bowl tickets in addition to Low Price Guarantees on all sold out college bowl games and college football playoff tickets. That means that if you find a secondary market ticket for less on a site like StubHub or Vivid, we’ll give you 200% of the difference in ticket credit. TicketIQ customers save up to 25%.

How Much Are Alamo Bowl Tickets

On Ticketmaster, seats start at $40 for a spot on the third deck in the end zone, and go up to $225 in the field-level sideline sections. The priciest section is Section 214 above the 30-yard line for $250. This is a Club Section, and ticket holders get access to unique food-and-beverage options as well as lounge access.

On the secondary market, fans can get in for less, as TicketIQ shows seats starting at $21 on the third level, and a wider selection of Club Sections, including seats in Club 220, Row 7 in the end zone for $72 with the TicketIQ Low Price Guarantee, up to Club 237, Row 3 above the 10-yard line on the Texas side for $458 without the Guarantee. The priciest seats still available in the Alamodome are $767 in Section Lower 112, Row 29 on the Utah side, which have an asking price of $767.

With prices dropping, the $172 average asking price for a ticket to the Alamo Bowl is middle of pack in for an Alamo Bowl this decade on the secondary market. The most expensive was in 2011 when fans paid $213 to see Washington play Baylor. The cheapest was in 2015 for a Kansas State vs. UCLA matchup.

Below is a look at get-in prices for each Alamo Bowl this decade: 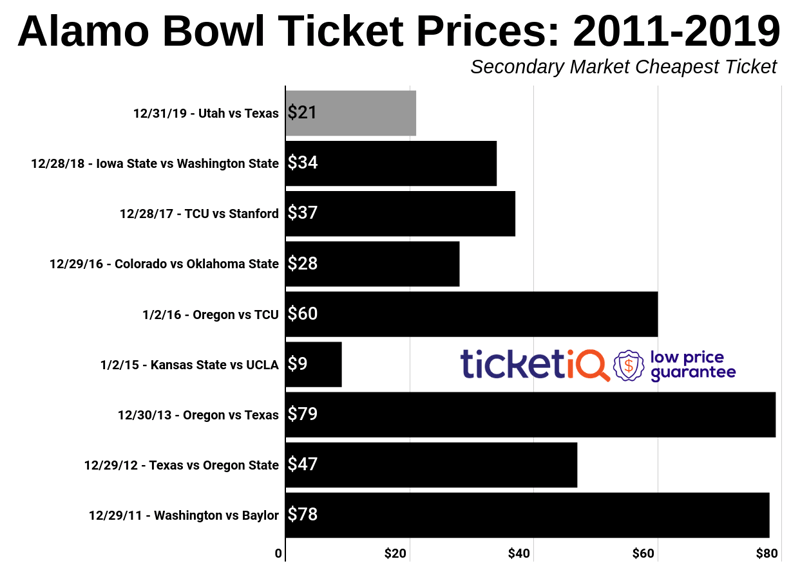 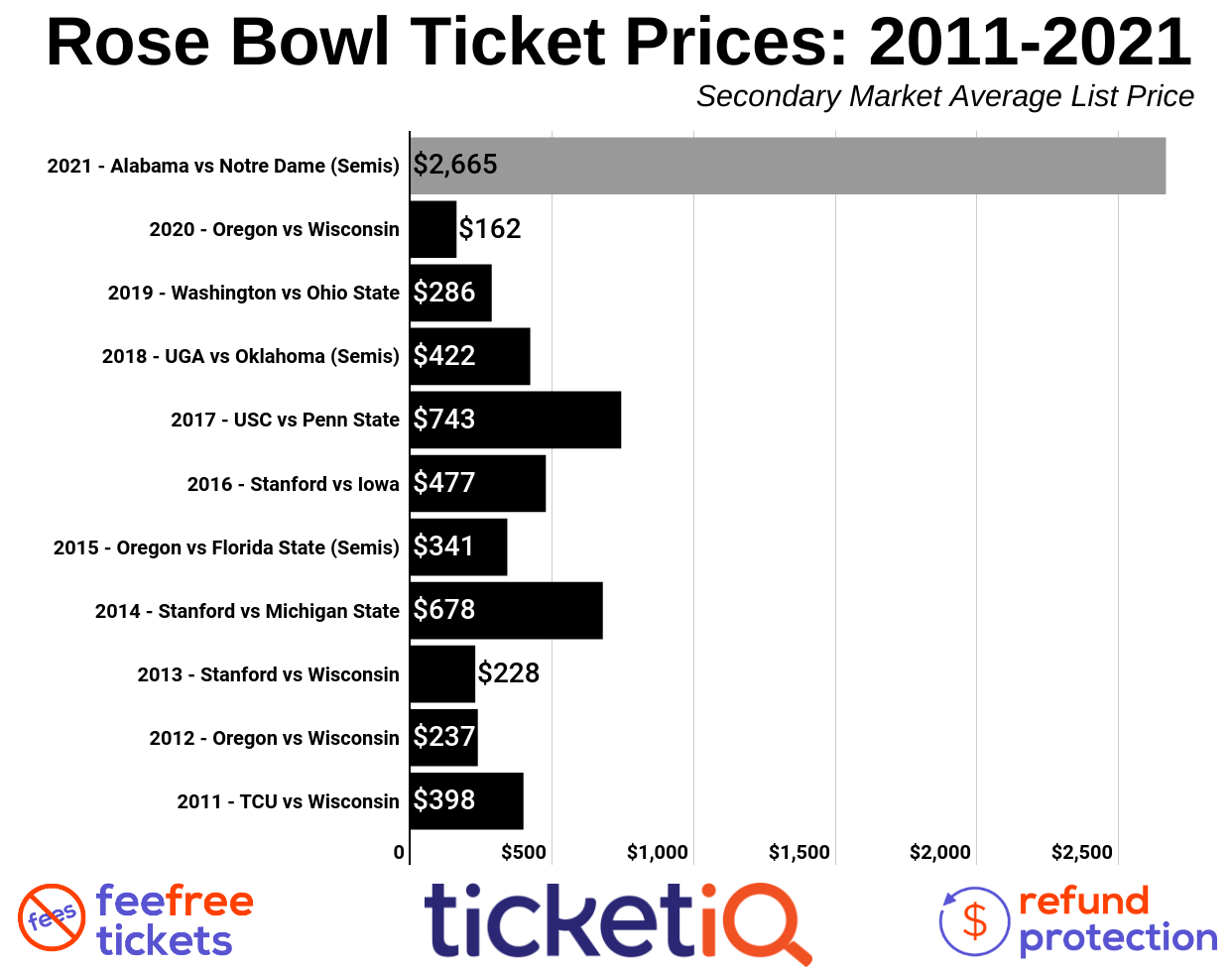 How To Find The Cheapest 2022 Rose Bowl Tickets

This year's Rose Bowl is set for January 1st, 2022 at the Rose Bowl in Pasadena, California, and Ohio State will face Utah.