How To Find The Cheapest Austin FC Playoff Tickets

Single-game tickets directly from the team are sold out.

On the secondary market, TicketIQ has Fee-Free Austin FC playoff tickets which also include a Refund Guarantee. Our Refund Guarantee states that if an event is canceled or deemed unfit for fans to attend, TicketIQ will refund ticket buyers in as soon as 15 days. That means that you can buy from TicketIQ worry-free. Customers on TicketIQ save between 15%-25% compared to other secondary market ticketing sites.

How Much Are Austin FC Playoff Tickets

As of 10/20, all primary market face-value tickets had sold out and the average secondary market list price for the match against FC Dallas is $343, which is by far the highest for any of the four Conference Semifinals matches. Austin's average price is 42% higher than the second-highest on the list when LAFC hosts the LA Galaxy. Austin's average price is also more than double either of the two Eastern Conference Semifinals. 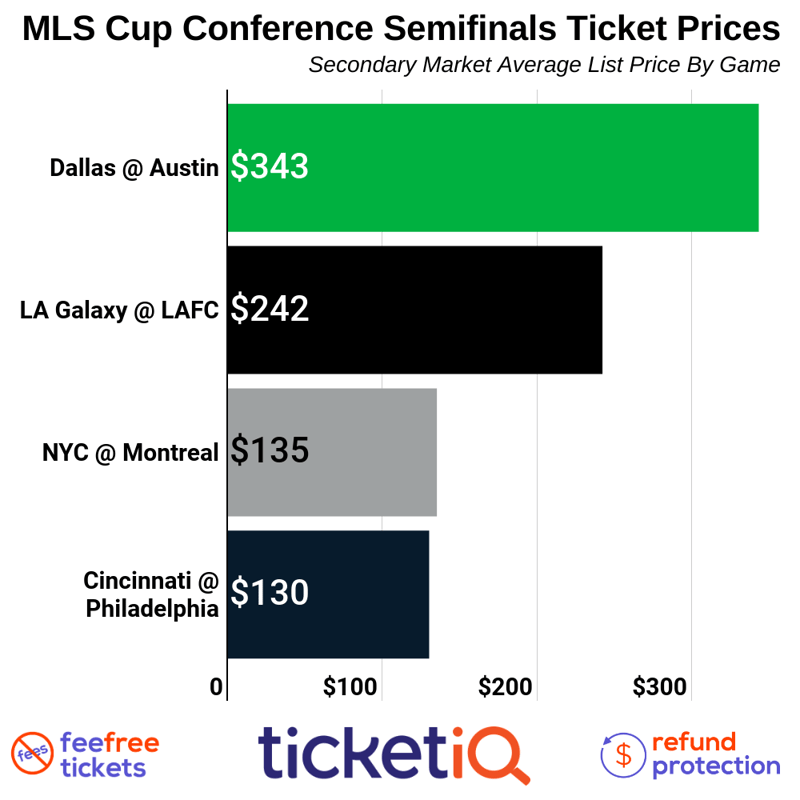 When it comes to the get-in prices, or cheapest ticket by match, Austin is also at the top. Their least expensive ticket is currently $189, which is 24% higher than LAFC, and again more than double either of the two Eastern Conference Semifinals. 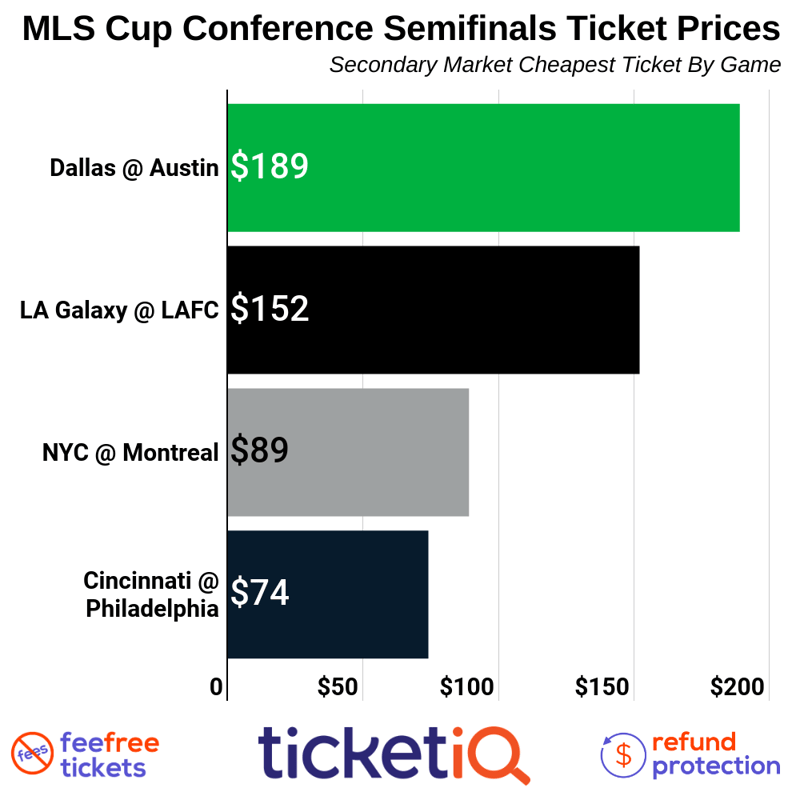 How Much Are 2022 Austin FC Tickets

For the season, the average secondary market list price for Austin FC tickets is $104, for their second MLS season, which is currently the 5th highest in the Western Conference, and 10th highest overall.

Season ticket memberships for the 2022 season are sold out. Fans can join the waiting list here.

Q2 Stadium has three premium clubs. Only ticketed fans with proper access are permitted within the club spaces.