Winners of the AFC North, and the team the best record in the NFL, the Baltimore Ravens clinched the division, a first-round playoff bye, and home field throughout the AFC playoffs. Baltimore will host Tennessee Titans on January 11.

The Ravens won the AFC North last year, but were eliminated by the Los Angeles Chargers in the wild-card round. That playoff appearance was the Ravens’ first after a three-year drought. Baltimore last won it all in Super Bowl XLVII, beating San Francisco, 34-31 -- the second time this decade Baltimore won a Super Bowl.

Where To Buy Ravens Playoff Tickets

A limited amount of tickets for the Divisional game at M&T Bank Stadium are available via Ticketmaster.

On the secondary market TicketIQ will offer fans a Low Price Guarantee on all Baltimore Ravens playoff tickets in addition to Low Price Guarantees on all NFL playoff tickets and Super Bowl tickets. That means that if you find a secondary market ticket for less on a site like StubHub or Vivid, we’ll give you 200% of the difference in ticket credit. TicketIQ customers save up to 25%.

How Much Are Baltimore Ravens Playoff Tickets

The average price of a Ravens ticket on the secondary market is $372, which is the second highest of the divisional round, behind only the 49ers ($547). The cheapest is $321 for a Green Bay Packers home game.

If the current average holds, a ticket to this year’s Divisional game will be the priciest for any Wild-Card or Divisional game in Baltimore this decade. The next highest cost fans $352 for a Divisional game against the Houston Texans in 2012, and the cheapest was last year’s Wild-Game against the Los Angeles Chargers, which settled at $320. Below is a screenshot of inventory and get-in price by zone for the Ravens divisional round game: 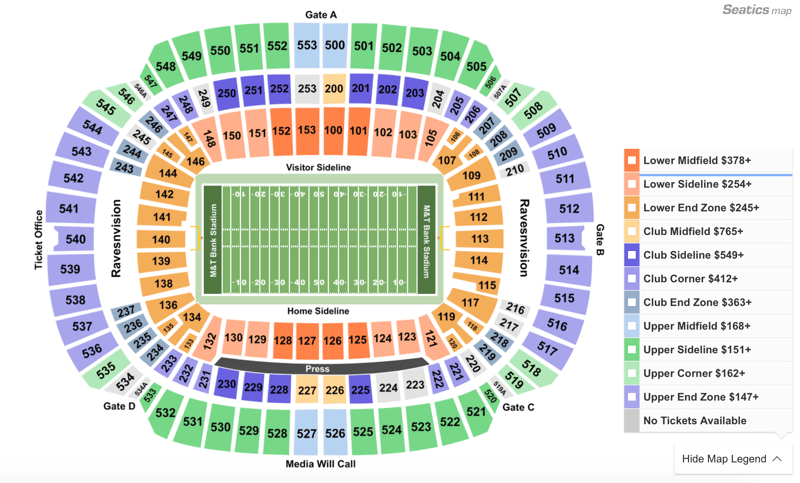 If the Ravens advance to the AFC Championship, and play at home, the current average asking price for that game is $903 on the secondary market. Below is a list of prices for all their playoff games this decade. 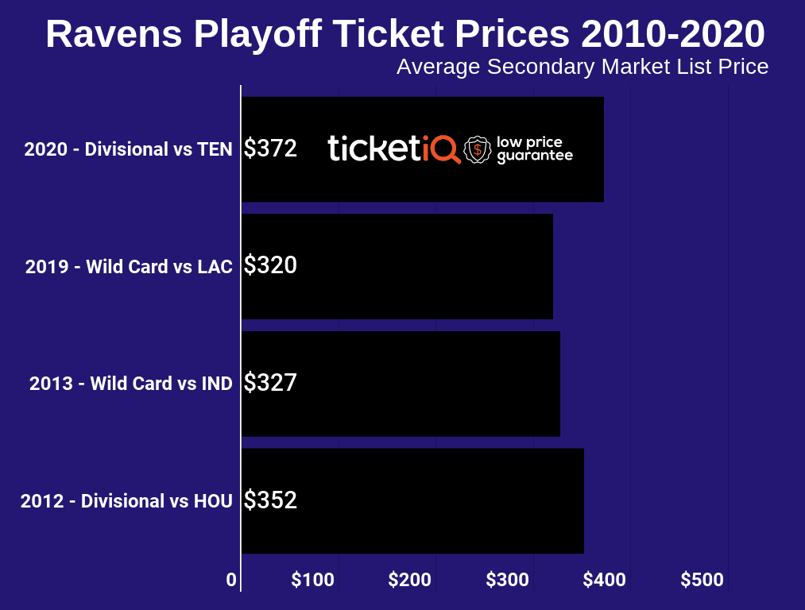 Where To Buy 2022 Baltimore Ravens Tickets  Primary market face-value tickets generally go on sale shortly after the NFL schedule is released. This year, the schedule is being released on Thursday,…

How To Find The Cheapest Ravens Vs. 49ers Tickets