Iconic singer Barbra Streisand still loves New York, and will show her appreciation for the Big Apple with her first show at Madison Square Garden in 13 years. Streisand will perform one show, Saturday, August 3, at one of the most well-known venues in the world. Tickets went on sale to the general public on June 17 at 10 AM and within a couple hours of the on sale the least expensive face value tickets still available on Ticketmaster were $356 per ticket.

A second show at Chicago's United Center was announced on June 26th. Tickets for that went on sale on July 1st, also via Ticketmaster. Prices for the show start at $225 for 300 level seats, $350 for 100 level seats and floor sections furthest from the stage, and $695 for floor sections closer to the stage.

For the MSG show there are still tickets available on Ticketmaster. 100-level seats are still available and range from $356 to over $1,700, and floor Seats are priced between $506-$2,256. Fans can also treat themselves to a VIP Package, which includes exclusively designed and created merchandise and a collectible laminate. VIP Packages start at $825.

TicketIQ has a Low Price Guarantee on  Barbra Streisand tickets for her show at Madison Square Garden, in addition to Low Price Guarantees on all concert tickets, which means that if you find a secondary market ticket for less on a site like Stubhub or Seatgeek, we’ll give you 200% of the difference in ticket credit. TicketIQ customers save an average of 5%-20% compared to Stubhub and Seatgeek. Download the TicketIQ app for $20 off your first ticket purchase 📲 🎟️ 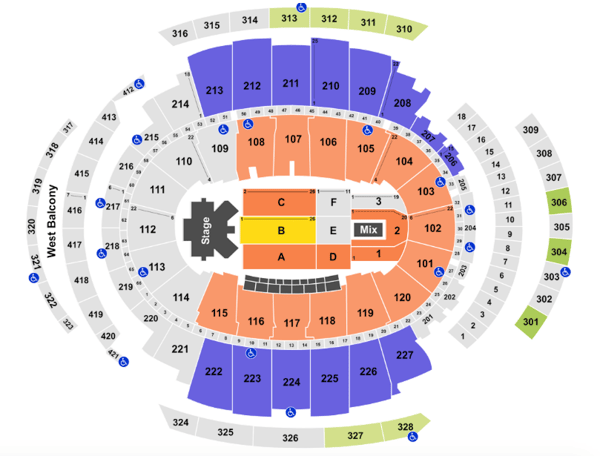 Demand for tickets is likely to be high. According to Pollstar.com, Streisand has performed 68 times in the last 20 years and every show was a sellout. Her last tour was in 2016, and that show grossed more than $3.5 million per show for 14 dates.

Now living in Malibu, Streisand says she still have a soft spot for New York.

“There are no fans like New York fans,” Streisand said when the tour was announced. “I can’t wait to return to Madison Square Garden to perform some new songs, some old songs and anything I find in between.”