› Chicago Bears  › How To Find The Cheapest Bears Vs. Vikings Tickets In 2019

As NFC North rivals, the Minnesota Vikings and Chicago Bears play twice a season, and it's never easy to get a ticket. This season is no different, with only a handful of tickets for either game remaining on the primary market.

For fans wanting to see the Bears at the Vikings at U.S. Bank Stadium in December, primary market tickets for the final game of the season for both teams are 98% sold out. Several groups of tickets remain in the upper deck -- many in the last row. All of Row 20 in Section 333 on the corner above the end zone are available for $125 per ticket. The best seats still available on the primary market are four together in Section F3, Row 14 at the 50-yard line behind the Vikings bench for $700. Fans will find a bigger selection on the secondary market, including the opportunity to purchase Club Level seats. There are four clubs at U.S. Bank Stadium, and Club Sections are F1-5, V1-10, and C1-10. The cheapest club seat still available is in Section C5, with access to the Fire and Ice Club, for $353. Most Club Level seats will cost fans $400 or more, and the ones closest to the field are trending at more than $1,000 each. In other areas of the stadium, end zone seats can be had for as little as $165; 200-Level seats above the sideline start at $209; and field-level seats in the 100 sections start at $203 in Section 143 in the end zone or $281 in Section 105 between the 10-yard line and the end zone on the Vikings side.

Below is a screenshot of ticket availability on TicketIQ as well as from the Vikings directly. 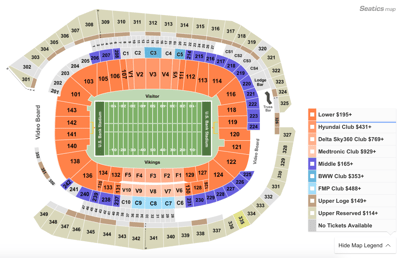 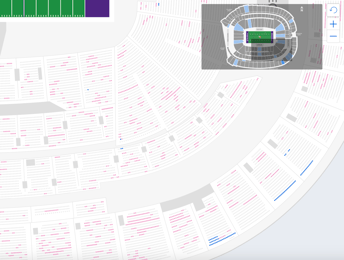 Primary market tickets for this heated regional rivalry on Sunday are about 98% sold out on Ticketmaster, though a group of seats are available in Section 250 above the end zone for $245 per seat. Beyond that, there are several other small groups of seats and single seats still available at Soldier Field. The best seats remaining are two in Section 205 at the 10-yard line on the Vikings side for $411. Given the limited availability on the primary market, fans should shop around, as there is a bigger selection available on the secondary market. Via TicketIQ, seats are available from the end zone to the sidelines and on every level. Club Level seats include access to the United Club and are available in Sections 302, 304, 306, 307, 309 310, 311 and 316 above the Vikings sideline starting at $378. Club Level seats start at $351 for Section 203 in 200 Level, and are also available in Sections 202-08, 211, 212, 214, and 215. In the end zone, the cheapest ticket is $257 in the 300 Levels;  $308 in for 200 Level; and $256 for 100 Level. Along the sidelines, the cheapest ticket is $176 in Section 429 above the West Sideline and the priciest is $2,018 for two seats in Row 1 Section 138 at the 50-yard line behind the Bears bench.

Below is a screenshot of ticket availability on TicketIQ as well as from the Bears directly. 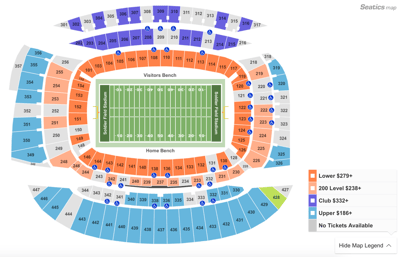 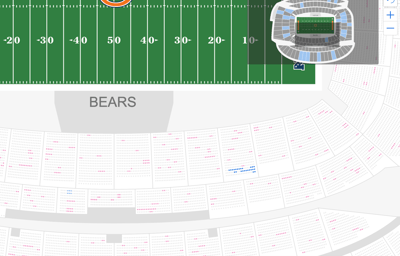 How To Find The Cheapest Bills Vs. Patriots Tickets In 2019 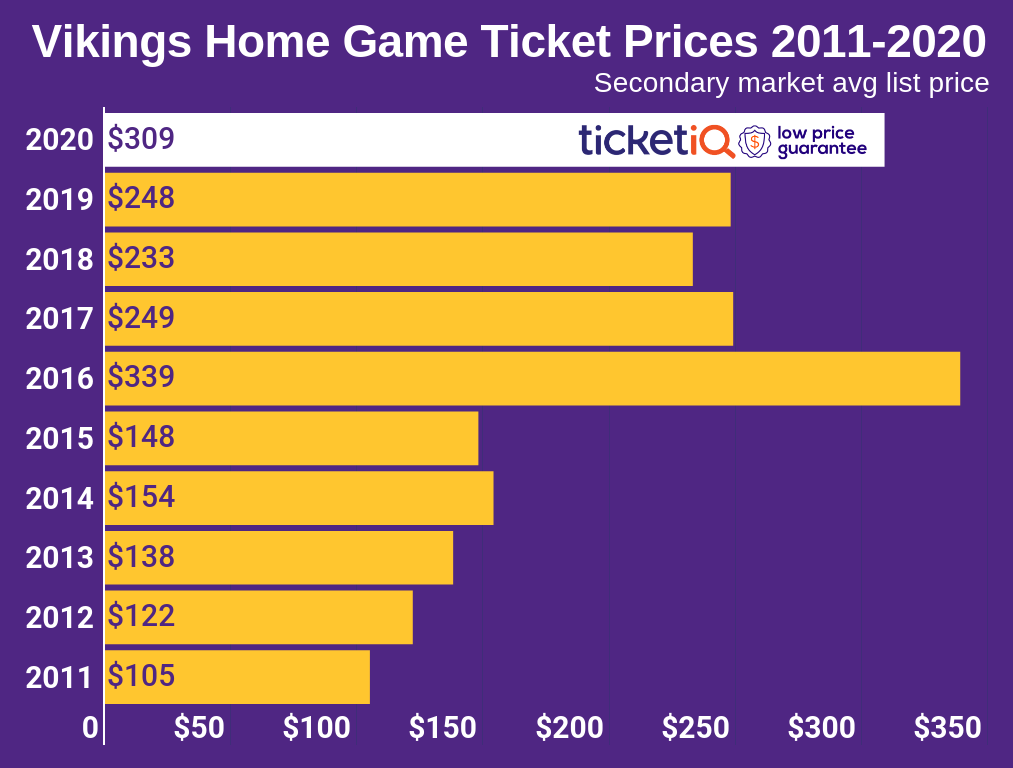 How To Find Cheapest Bears Vs. Lions Tickets In 2020

How To Find Cheapest Bears Vs. Packers Tickets in 2020

How To Find The Cheapest Bears Vs. Cowboys Tickets on 12/5/19