Three months after wrapping up her Las Vegas residency, Celine Dion will embark on her "Courage World Tour," starting September 18 in Quebec and ending April 27 in Winnipeg. The tour opens with nine shows in the singer's home province of Quebec, with three shows in Quebec City (September 18-21) and six in Montreal (September 26-October 5).

Where To Buy Celine Dion Tickets

TicketIQ can help with secondary market Celine Dion tickets at all venues, and offers a Low Price Guarantee on all sold out tickets. That means that if you find a secondary market ticket for less on a site like StubHub or Vivid Seats, we’ll give you 200% of the difference in ticket credit.  In our efforts to continue to provide our customers with the best deals, we’ve removed all fees.TicketIQ now shows you the full ticket price from the start of your search. TicketIQ customers save an average of 5%-20% compared to StubHub and Vivid Seats.

How Much Are Celine Dion Tickets

For the December 9 show in Toronto, the primary market is all but sold out, though a handful of tickets remain on Ticketmaster. Fans can get seats in Section 308 starting at $426. On the secondary market, seats in neighboring Section 309 start at $296, showing that fans are wise to comparison shop.

Below is a look at the higher-interest tour dates, with get-in prices starting at $250: 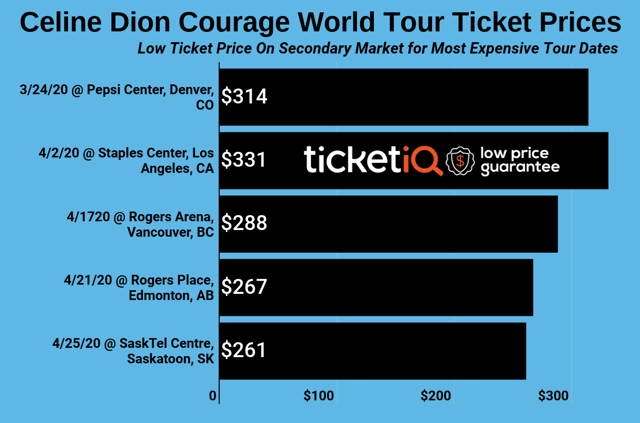 If you're looking for VIP packages to see Celine Dion there are plenty of options, including the Diamond VIP Package, The Ruby VIP Package, the Emerald VIP Package,  the Sapphire VIP Package and the Opal VIP Package. You can see the details for all of these below via TicketMaster. Along with standard tickets and VIP Packages, there are also a special 3D Collector Tickets available, which features 3D graphics and effects. 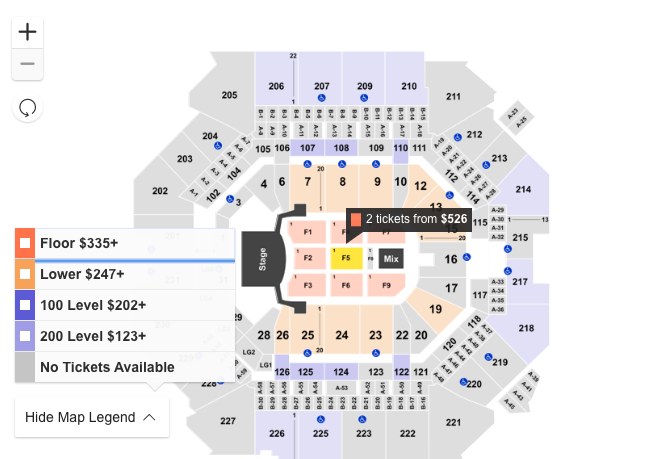 How To Get Cheap Celine Dion Tickets For New York Shows

Celine Dion continues her "Courage World Tour" through April and plays four shows this week in New York metro-area, with one show at Nassau Coliseum on Long Island, one show at Barclays Center in…