Where To Buy Denver Nuggets Tickets 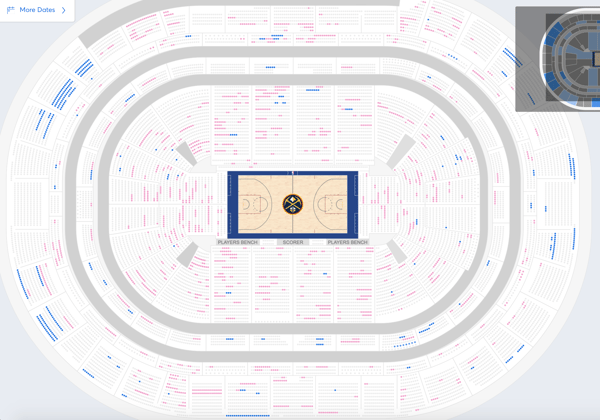 For fans seeking a bigger selections, the secondary market is a good option and TicketIQ has Low Price Guarantees on sold out Denver Nuggets tickets, and for all games on the 2019-20 schedule, in addition to Low Price Guarantees on all NBA tickets. That means that if you find a secondary market ticket for less on a site like StubHub or Vividseats we’ll give you 200% of the difference in ticket credit. TicketIQ customers save an average of 5%-20% compared to StubHub and Vividseats. Below is a seating chart for an typical middle of the road demand game including ticket prices by zone. 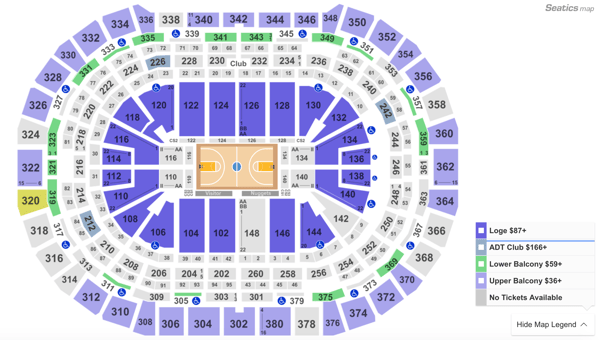 How Much Are Denver Nuggets Tickets 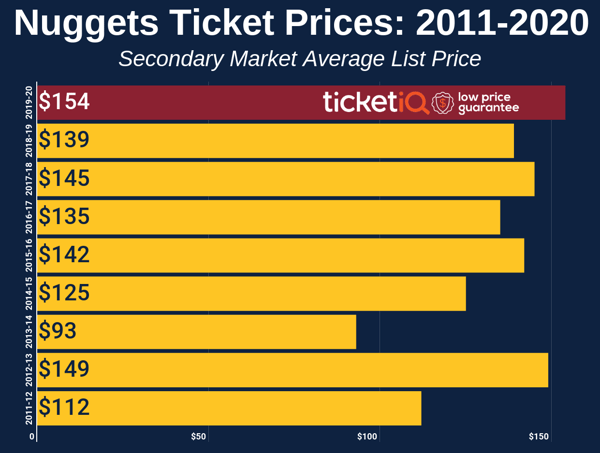 The average asking price is the 10th highest in the NBA. The priciest average across the league is $473 for a Los Angeles Lakers home game, while the cheapest is $58 for a Minnesota Timberwolves game. At Pepsi Center, the highest-interest games will cost fans $40 or more to get in and the best deal of the season is $9 for the November 12 Atlanta Hawks game.

Season tickets and partial-plan tickets are available throughout Pepsi Center, and vary in price depending on the location of the seats.

Where Are Club Seats At Pepsi Center

Club Seats at Pepsi Center are located on the 200 Level and Club-Level Suites are just above. Club Seats include access to Club Lexus, which includes premium all-inclusive food-and-beverage options, premium parking and a dedicated concierge. Suites and Theater Boxes, which are located at the top of Sections 144 and 130, are also available for premium seating.

The Nuggets App can be used to purchase, manage or scan digital tickets as well to buy gear, follow the latest Nuggets news or live stream Nuggets radio during games.

The Top 10 Most Expensive Games on the Nuggets Schedule