Where To Buy Fiesta Bowl Tickets

Single-game tickets to the Fiesta Bowl are sold out via Paciolan. On the secondary market TicketIQ will offer fans a Low Price Guarantee on all Fiesta Bowl tickets in addition to Low Price Guarantees on all sold out college bowl games and college football playoff tickets. That means that if you find a secondary market ticket for less on a site like StubHub or Vivid, we’ll give you 200% of the difference in ticket credit. TicketIQ customers save up to 25%. 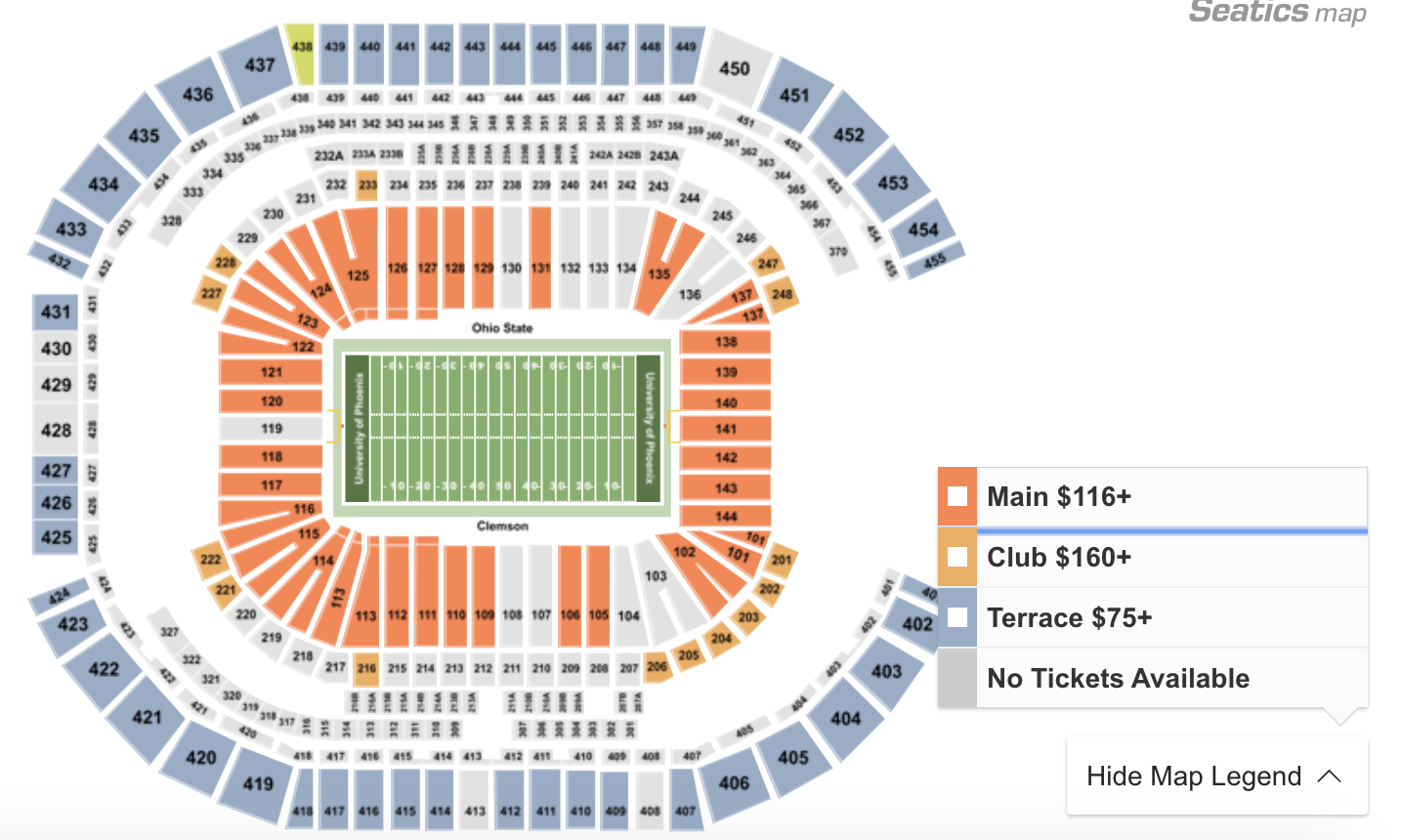 How Much Are Fiesta Bowl Tickets

On the secondary market, TicketIQ shows the cheapest ticket at $79 with lower level sideline tickets going for $350. Below is data on how 2019 prices rank historically. 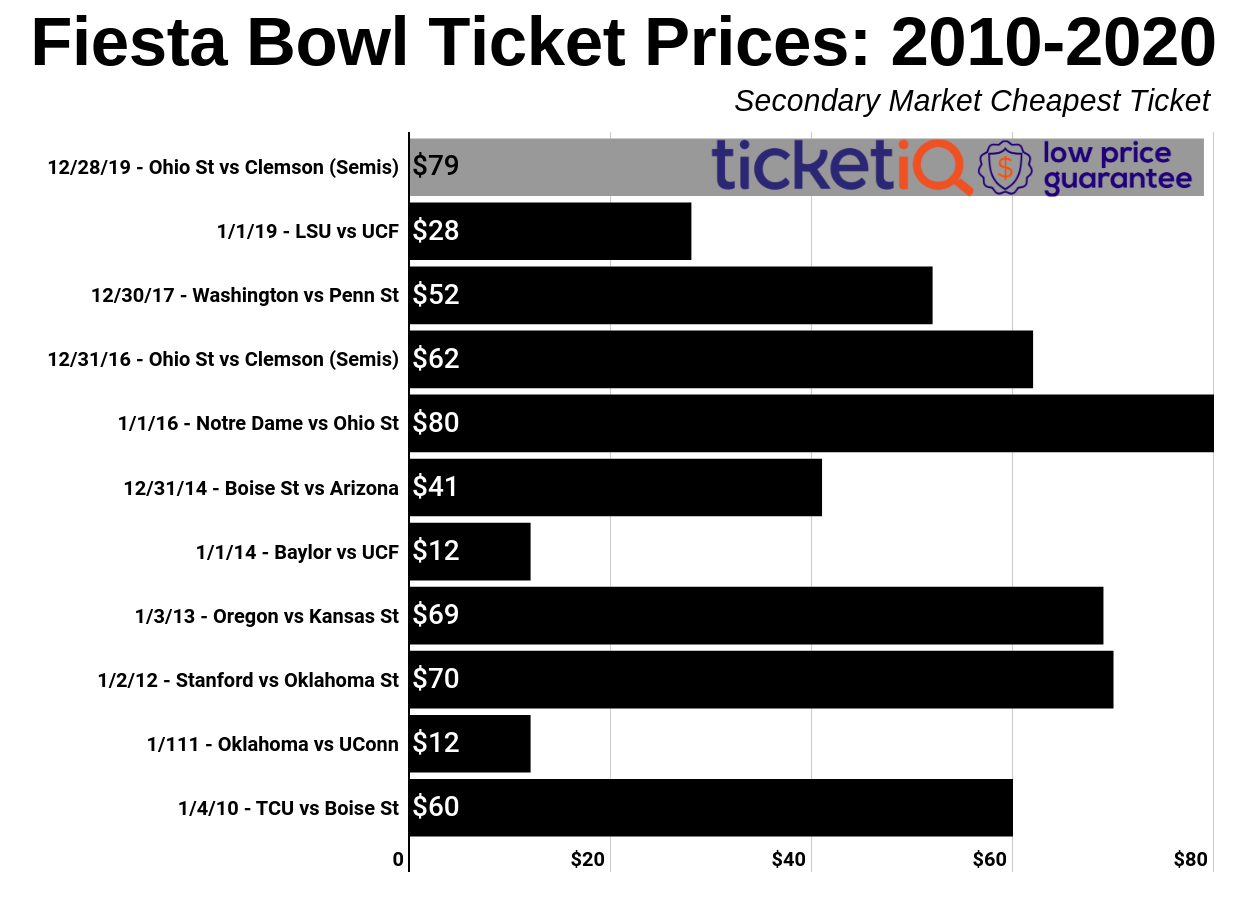 How Much Are Flights For The Fiesta Bowl

How Much Are Hotels For The Fiesta Bowl

How To Find The Cheapest Michigan vs. Ohio State Football Tickets

The 2021 edition of the Michigan vs. Ohio State rivalry will take place on Saturday, November 27th at Michigan Stadium. This will be the 117th time the two teams will face each other, and…

How To Find The Cheapest Clemson vs Wake Forest Tickets