The Green Bay Packers are in the playoffs for the first time since the 2016 season, when they got to the NFC Championship before losing to Atlanta. Green Bay won the NFC North and holds the No. 2 seed. With the Bye week, the Packers are set to host the Seattle Seahawks in the Divisional Round  at Lambeau Field on January 12th.  With snow forecasted, prices have dropped 35% for the game over the last week.  In addition to the weather, the secondary ticket market is facing competition from additional inventory that has been released, at face price (see screenshot below). 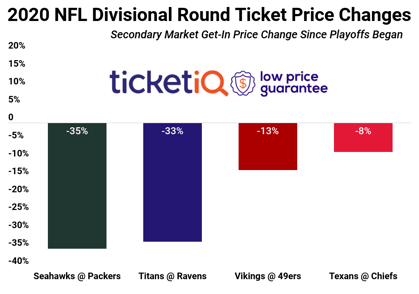 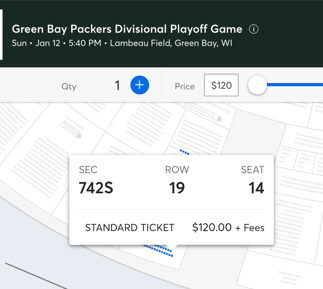 Single seats were sold out on the primary market for the Packers Divisional game, according to Ticketmaster, but more tickets have been released this morning (Thursday). For fans looking for lower level seats, the Secondary market is the only option, but if you're looking to just get into the stadium, be sure to check Ticketmaster.

On the secondary market TicketIQ offers fans a Low Price Guarantee on all sold out Green Bay Packers playoff tickets in addition to Low Price Guarantees on all NFL playoff tickets and Super Bowl tickets. That means that if you find a secondary market ticket for less on a site like StubHub or Vivid, we’ll give you 200% of the difference in ticket credit. TicketIQ customers save up to 25%.

How Much Are Green Bay Packers Playoff Tickets

Tickets to this Green Bay Packers NFC Divisional game are trending as the cheapest for Divisional round game across the NFL. The priciest Divisional game will be at Levi's Stadium when the 49ers host the Minnesota Vikings. The average price for that game is currently $547 per ticket.

If the average asking price holds, it will be just 7% less expensive to see the Divisional game at Lambeau Field than a regular-season game, which cost fans an average of $344. 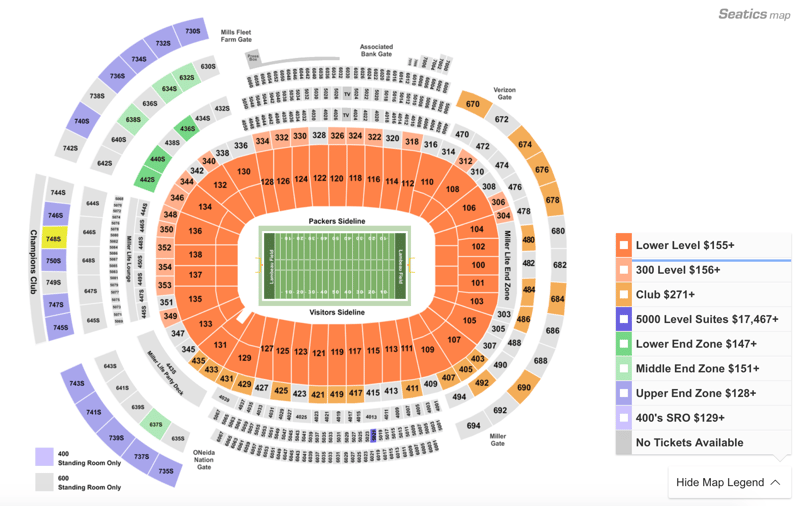 Below are prices for Packers playoff tickets at home since 2012. 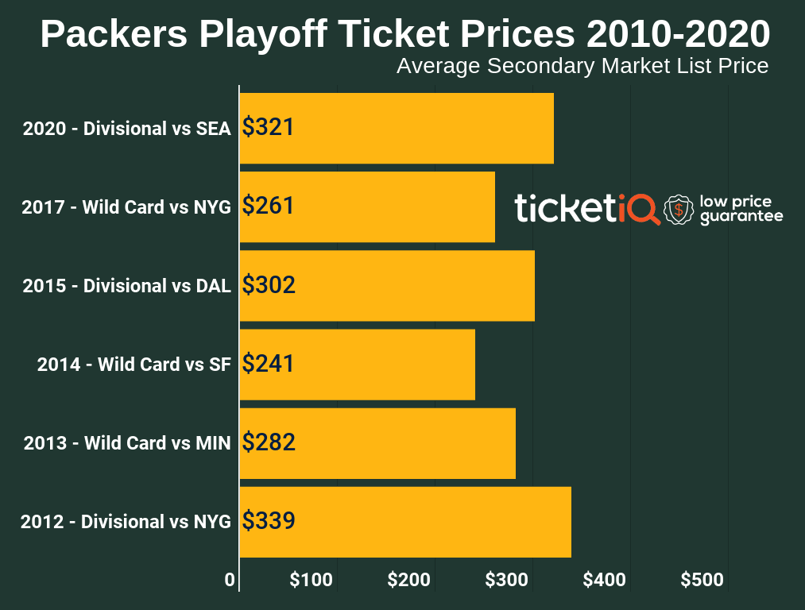