The New England Patriots will make their ninth consecutive NFL post-season appearance on January 4th, when they host the Tennessee Titans in the AFC Wild Card round.

Primary market tickets to the New England Patriots AFC Division game are sold out, according to Ticketmaster. And should the Patriots advance and host the AFC Championship, tickets to that game are also already sold out on the primary market.

Fans wanting to get into the game will have to shop the secondary market, and TicketIQ has Low Price Guarantees on all sold out New England Patriots playoff tickets ,in addition to Low Price Guarantees on all NFL playoff tickets. That means that if you find a secondary market ticket for less on a site like StubHub or VividSeats, we’ll give you 200% of the difference in ticket credit. TicketIQ customers save an average of 5%-20% compared to StubHub and VividSeats.

How Much Are New England Patriots Playoff Tickets

A ticket to see the Patriots host a Wild Card game is the priciest across the NFL, with a current average asking price of $502 on the secondary market. The next most expensive ticket in either the Wild Card or Divisional round is $569 to see San Francisco in a home NFC Divisional game.

Historically speaking, the average asking price is the highest for a Wild Card or Divisional round game at Gillette Stadium this decade. The cheapest game cost fans $266 in 2014 when the Patriots played the Colts. The Patriots have played in an AFC Divisional game every season since 2011.

TicketIQ has seats available throughout the stadium, starting at $137 in Upper 337 on the sideline overlooking the end zone. Those tickets come with the TicketIQ Low Price Guarantee. Club seats start at $458, with lower level seats starting at $201. 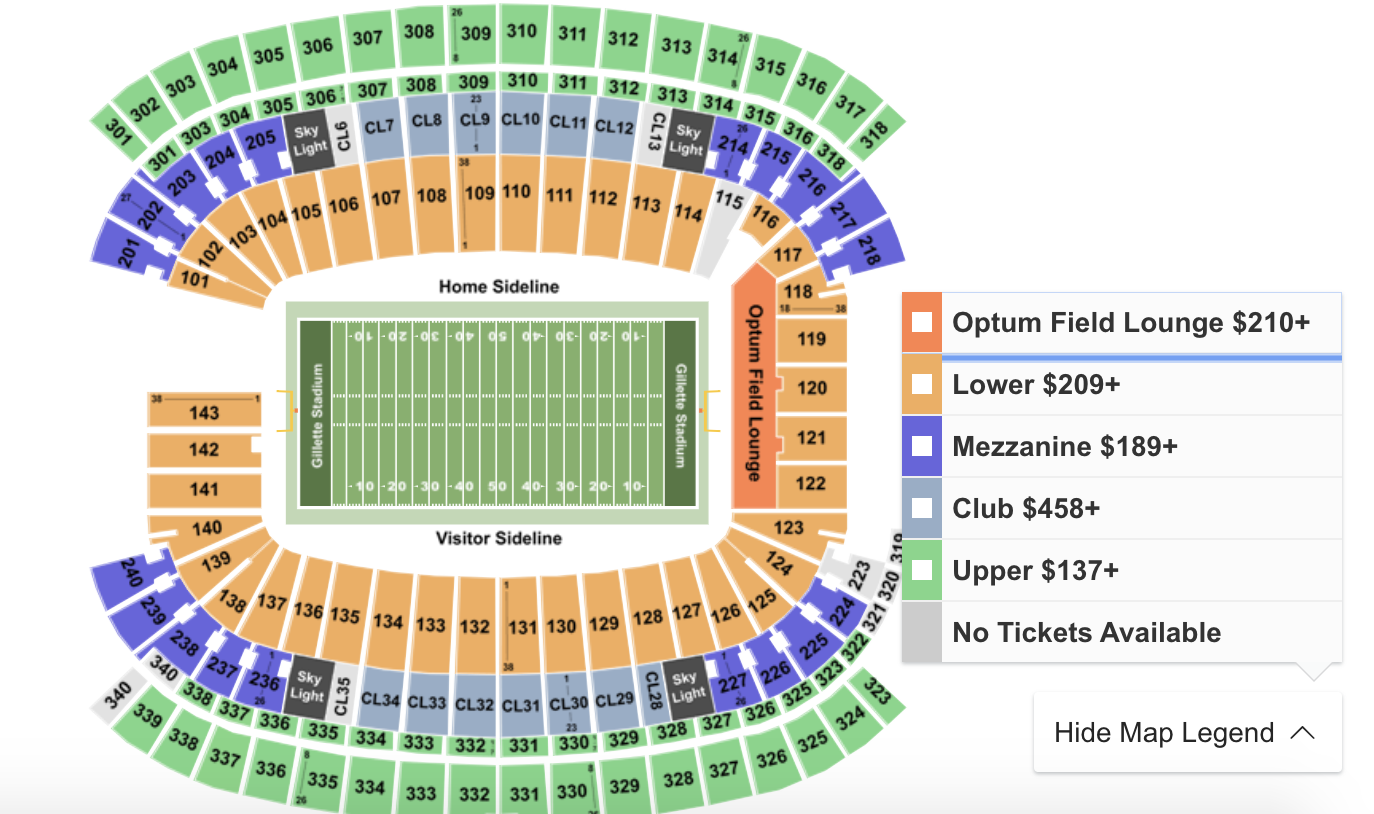