The New Orleans Saints have clinched the NFC South and a playoff spot, and as the No. 3 seed are set to host the Minnesota Vikings in a Wild Card game on January 5th.

New Orleans Saints tickets for the Wild-Card game or a potential NFC Championship game are sold out, according to primary market partner Ticketmaster.

Fans wanting to get into the game will have to shop the secondary market, and TicketIQ has Low Price Guarantees on all sold out New Orleans Saints playoff tickets, in addition to Low Price Guarantees on all NFL playoff tickets. That means that if you find a secondary market ticket for less on a site like StubHub or Vividseats, we’ll give you 200% of the difference in ticket credit. TicketIQ customers save an average of 5%-20% compared to StubHub and Vividseats.

How Much Are New Orleans Saints Playoff Tickets

The average asking price for the Wild-Card game of $408 on the secondary market is the second cheapest in the NFL for a Wild Card round game. 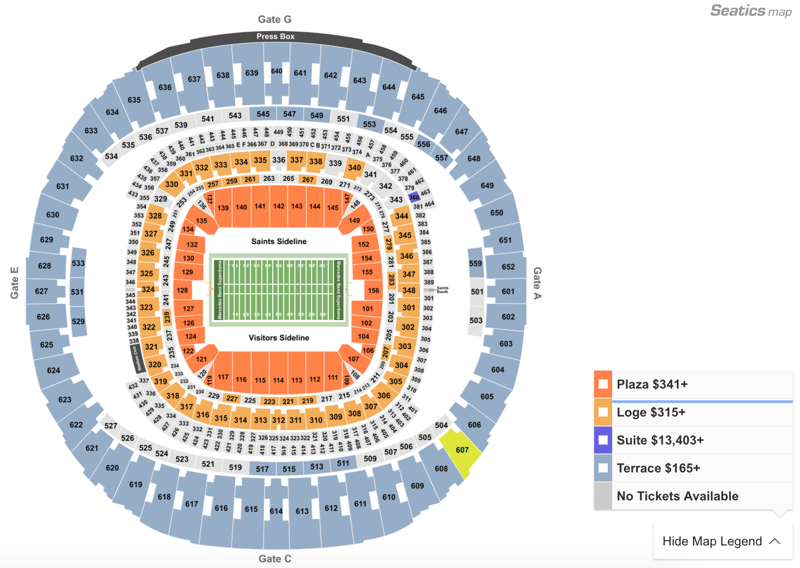 How To Find The Cheapest Falcons Vs. Saints Tickets In 2020

How To Find The Cheapest Saints Vs. Buccaneers Tickets In 2020