What events have been canceled or postponed due to coronavirus

What to do if my event is canceled or postponed due to coronavirus?

What is Industry Impact Of Coronavirus?

By our estimates, the lost ticket revenue for the MLB, NBA (including playoffs), NHL (including playoffs), MLS and NCAA Basketball is approximately $8.5 Billion, based on market value (average secondary market prices*number of seats*number of games) of all of tickets available for sale across all events that have been postponed or cancelled.  Here's a tracking sheet for value lost for each team in the NBA, NHL and each round of March Madness. 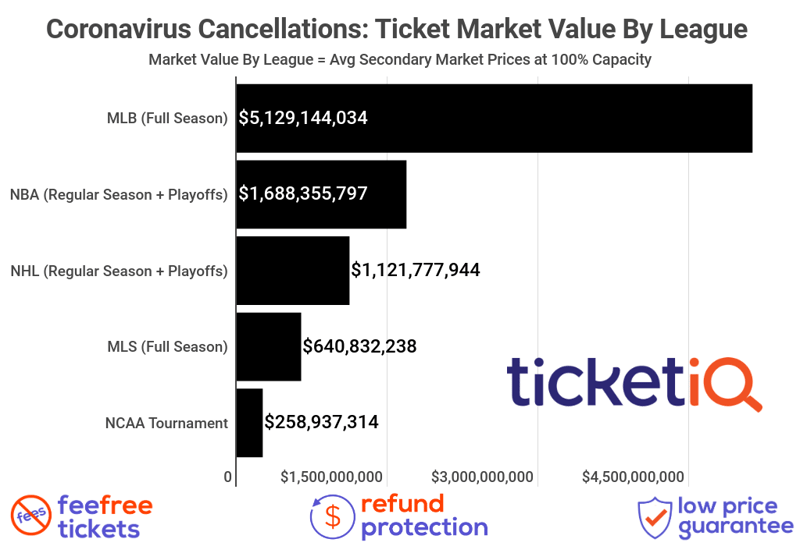 If you include NFL and NCAA Football, with venues limiting fans at 50% capacity, that number jumps to over $13 billion. 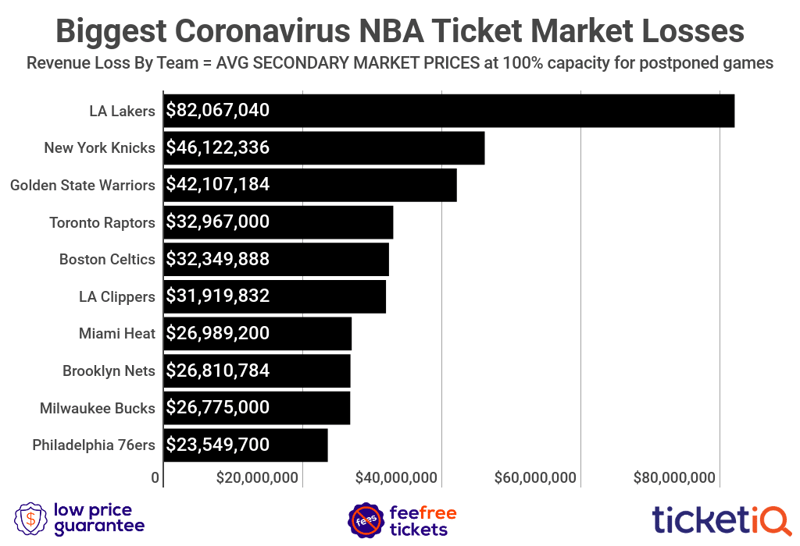 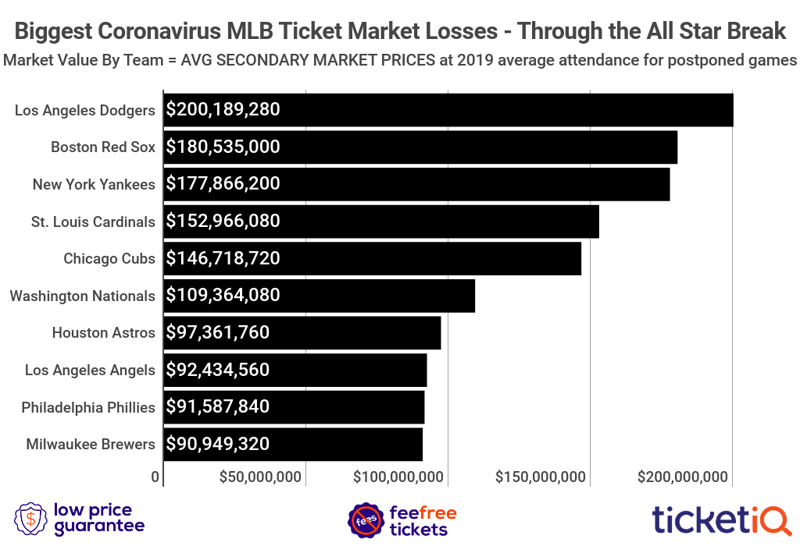