NYCFC home games will be played at Red Bull Arena.

While we all wait for news on the 2021 MLS schedule, you can give us your email using the below and we'll update you with on sale and schedule details as soon as they are available, including pre-sale and on sale dates for face value tickets from the team.

MLS is Back Tournament Info

On June 3rd, Major League Soccer and the MLS Players Association ratified a new Collective Bargaining Agreement.  This will clear the way for the league to play a summer tournament in Orlando, Florida.

The tournament, which will take place at ESPN Wide World of Sports on Disney World property, will be closed to fans. Players and team staff will be tested for COVID-19, and go through various safety protocols. More details on the plans for the tournament below:

Under the current plan, teams would arrive in Orlando on June 24, then train for two weeks. After this mini-preseason, the tournament would commence with a three-game group stage followed by a single-elimination knockout round. Teams would leave Orlando immediately after being eliminated

This would keep teams in Orlando for 35 days at most instead of the league’s previous plan, which would have lasted more than 10 weeks. The timeline addresses widespread concerns from players throughout the league about extended separation from their families.

UPDATE (6/10) It was announced today that the MLS tournament will begin on July 8th. Here is a list of other key dates:

For more details, check out this article from ESPN.

UPDATE (6/11) Here are the results for the draw for the MLS is Back Tournament via ESPN:

* denotes seeded team in each group

UPDATE (6/24) MLS has released its full playoff schedule. Check it out here.

Where To Buy 2020 NYCFC Tickets

On the secondary market, TicketIQ offers fans a Low Price Guarantee on all NYCFC tickets in addition to Low Price Guarantees on all Major League Soccer tickets. That means that if you find a secondary market ticket for less on a site like StubHub or Vivid Seats, we’ll give you 200% of the difference in ticket credit.  In our efforts to continue to provide our customers with the best deals, we’ve removed all fees.TicketIQ now shows you the full ticket price from the start of your search. TicketIQ customers save an average of 5%-20% compared to StubHub and Vivid Seats.

How Much Are 2020 NYCFC Tickets

On the secondary market, TicketIQ has seats available for some games for as little at $21. Overall, the average asking price for a NYCFC ticket is $36, down $1 from last year, and is the lowest average asking price on the secondary market since 2015, when NYCFC joined MLS as an expansion team. The priciest season was 2018, when fans paid an average of $101. NYCFC has advanced to the conference semifinals in each of the last three seasons, and won the Eastern Conference in 2019.

On the secondary market, TicketIQ currently has seats available to the May 13 game against Toronto FC starting at $24, and against Atlanta United on June 17, for as little as $21. 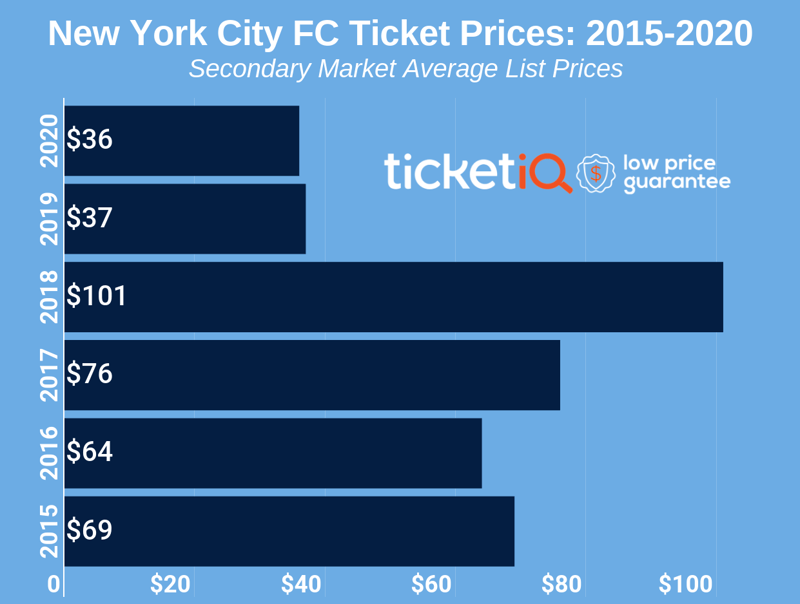 What Are NYCFC 2020 Season Ticket and Mini Plan Options

On the primary market, fans can purchase season tickets starting for less than $40 per month. Season tickets in the Legends Suite are available starting at $227, while fans must contact the team for information about some suites or the Etihad First Class Club Pitchside tickets. Season ticket holders get many benefits, including tickets to all 17 home games as well as an annual gift, discounts on food, beverages and merchandise at the stadium, discounts on parking packages, and other amenities.

NYCFC and Yankee Stadium moved to mobile ticketing in 2016, and fans can access tickets via the MLS app, which can be downloaded from the MLS website. 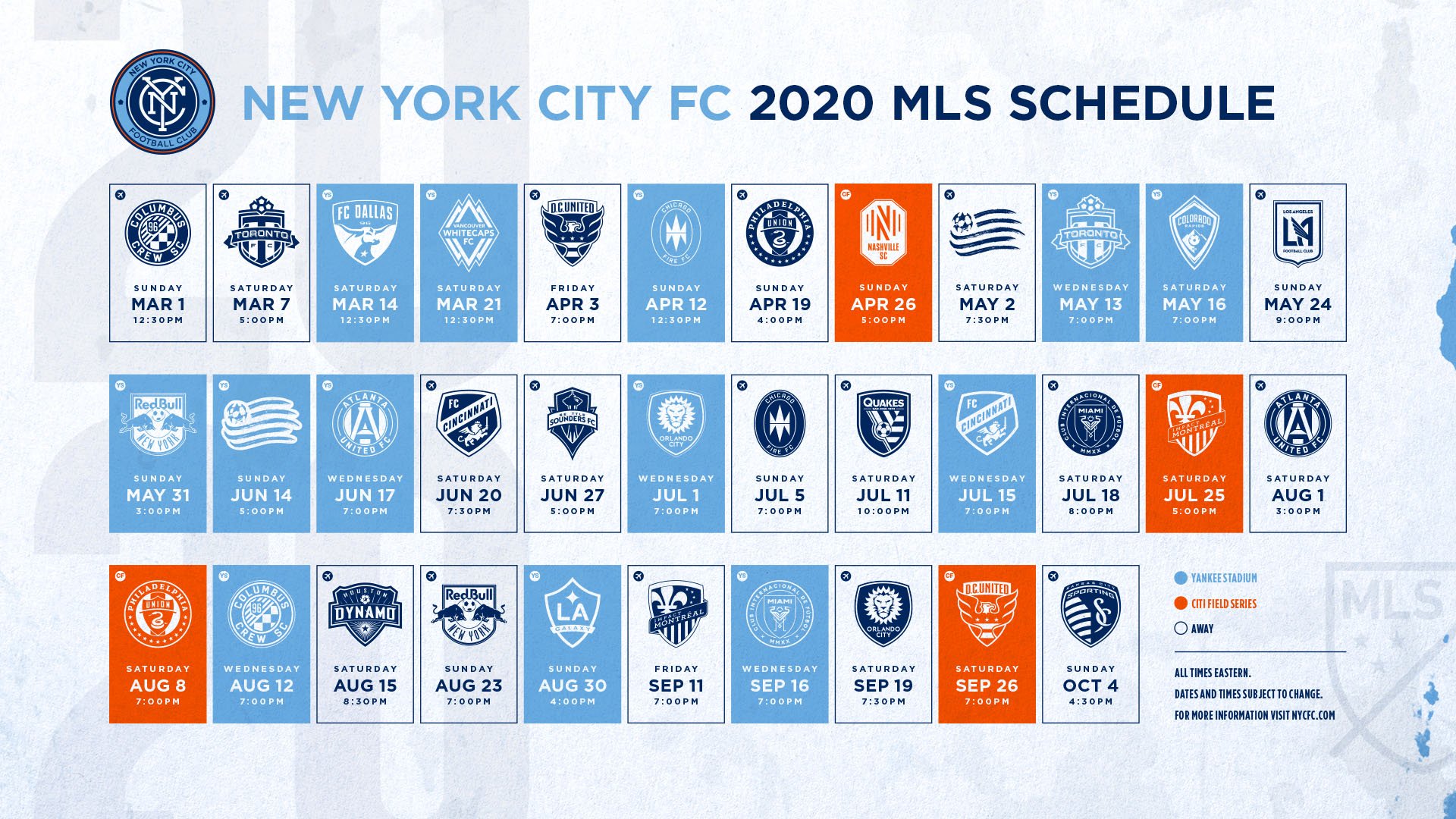