American country singer Thomas Rhett is hitting the road for the third consecutive year, this time with Dustin Lynch, Russell Dickerson and Rhett Atkins. The “Very Hot Summer Tour” opened in mid May in Spokane, Washington and rambles around all summer and into the fall before wrapping up October 12 in Nashville.

Where To Buy Thomas Rhett Tickets

Many of the highest-interest shows are already 85%-90% sold out on primary market seller Ticketmaster, but TicketIQ has tickets for all shows, and fans should comparison shop because in some cases, the selection on the secondary market is better for just a few dollars more. TicketIQ also has a Low Price Guarantee on Thomas Rhett tickets for every stop on his "Very Hot Summer Tour", in addition to Low Price Guarantees on all concert tickets, which means that if you find a secondary market ticket for less on a site like Stubhub or Seatgeek, we’ll give you 200% of the difference in ticket credit. TicketIQ customers save an average of 5%-20% compared to Stubhub and Seatgeek.

How Much Are Thomas Rhett Tickets 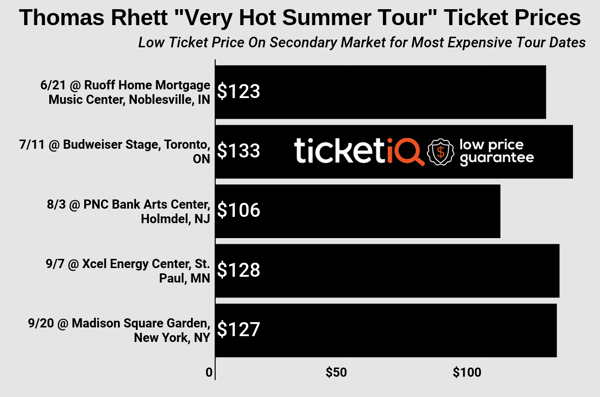 On the secondary market, tickets to most shows are available for less than $100, though a handful, including the July 11 show at Toronto’s Budweiser Stage – the only stop in Canada – have get-in prices of more than $100. The Toronto show is 85% percent sold out on Ticketmaster, and the cheapest seats available cost $128.50 in Section 201, on the left of the stage and above the floor. TicketIQ has similar seats available on the right side, in Section 203, starting at $174. The 200 sections are covered, reserved seating.

On the primary market, many shows have VIP packages available, including for the September 20 show at Madison Square Garden, which is more than 90% sold out. Single VIP seats are available on the floor section, which is completely sold out on the primary market otherwise. This package includes reserved seating in Rows 1-20, access to the pre-show VIP Lounge, which has a cash bar, appetizers and interactive games, and early entry. Tickets start at $255.

One of the best deals of the summer will be August 17 at Pelham, Alabama, where fans can get in via the secondary market for $40 for an upper 300-section seat, or via the primary market for the same sections starting at $39.75. The show is about 60% sold out in the upper levels and nearly sold out for the lower level.

Below is a look at the higher-interest shows with get-in prices starting of more than $100 on the secondary market: 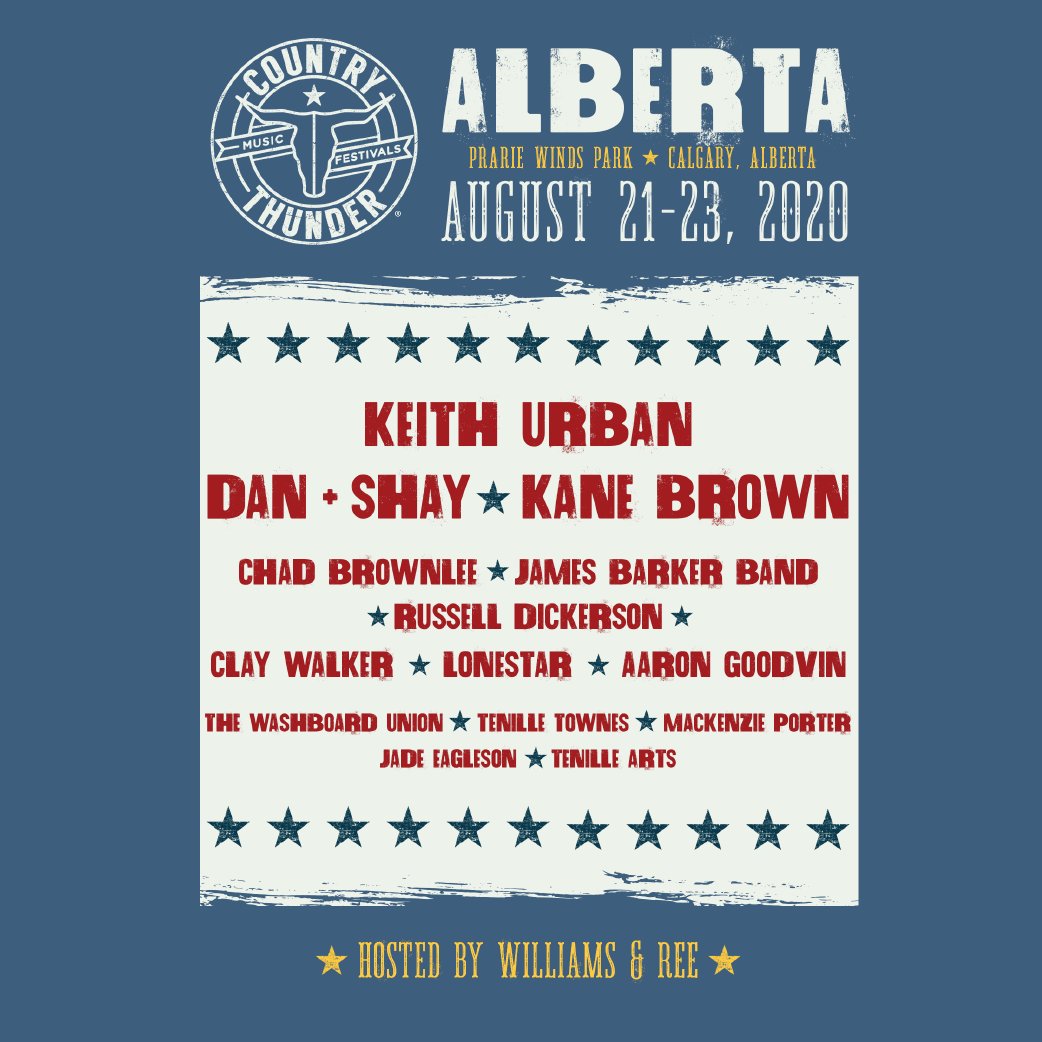 How to Find Cheapest Tickets for Country Thunder Alberta + 2020 LineUp

The three-day festival, Country Thunder is back in it's hometown of Prairie Winds Park in northeast Calgary from August 21-23, 2020.