The former talk-show host and OWN television network chief announced Wednesday that the “Oprah’s 2020 Vision: Your Life in Focus” tour will begin Jan. 4 in Fort Lauderdale, Florida. She is working in conjunction with WW (Weight Watchers Reimagined) to offer a full-day of wellness conversations during the nine-city tour.

It’s her first national tour in five years and below are the dates and stops that have been announced.

Tickets went onsale Friday, September 13th via Ticketmaster, with face value tickets starting from $79 to $115. After the onsale, unsold face value tickets are still available via Ticketmaster, however, most of the lower level tickets are sold out, which means that the secondary market is the best option. Below is a screenshot of ticket availability for the shows at the Barclays Center in Brooklyn, NY, which shows prices and availability for tickets across both the primary and secondary ticket market. 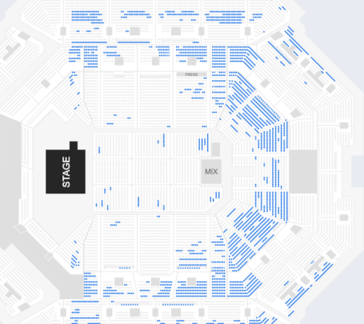 On the secondary market, TicketIQ has Low Price Guarantees on Oprah Winfrey Tickets for all events on her tour. That means that if you find a secondary market ticket for less on a site like StubHub or Vivid Seats, we’ll give you 200% of the difference in ticket credit. TicketIQ customers save an average of 5%-20% compared to StubHub and Vivid Seats.

TicketIQ is committed to the cheapest tickets possible, and we make much less on sold out tickets compared to other major marketplaces like StubHub and Vivid. That means ticket buyers save from up to 25% on TicketIQ on sports, music and theater. We're able to do this because we also work with teams, venues, and other ticket owners, to help them sell tickets at face price, directly to consumers like you, through Ticketmaster and AXS. Visit TicketIQ for Low Price Guarantees on all sold out tickets, or Download our App for $20 off your first purchase.

How to get cheapest tickets for Holler On The Hill'19