› Oklahoma Sooners  › Where To Find The Cheapest Texas Vs. Oklahoma Tickets for Red River Rivalry

Where To Find The Cheapest Texas Vs. Oklahoma Tickets for Red River Rivalry

Where To Find The Cheapest Texas Vs. Oklahoma Tickets for Red River Rivalry/Showdown

Below is a screenshot of ticket availability on TicketIQ on both the Texas and Oklahoma side of the Cotton Bowl.  Prices are slightly cheaper on the Oklahoma side of the field, with a few tickets available under $400.  Tickets for the game are completely sold out, which means that the secondary market is the only options for purchasing tickets.

Where Are Oklahoma and Texas Sections For Red River Rivalry 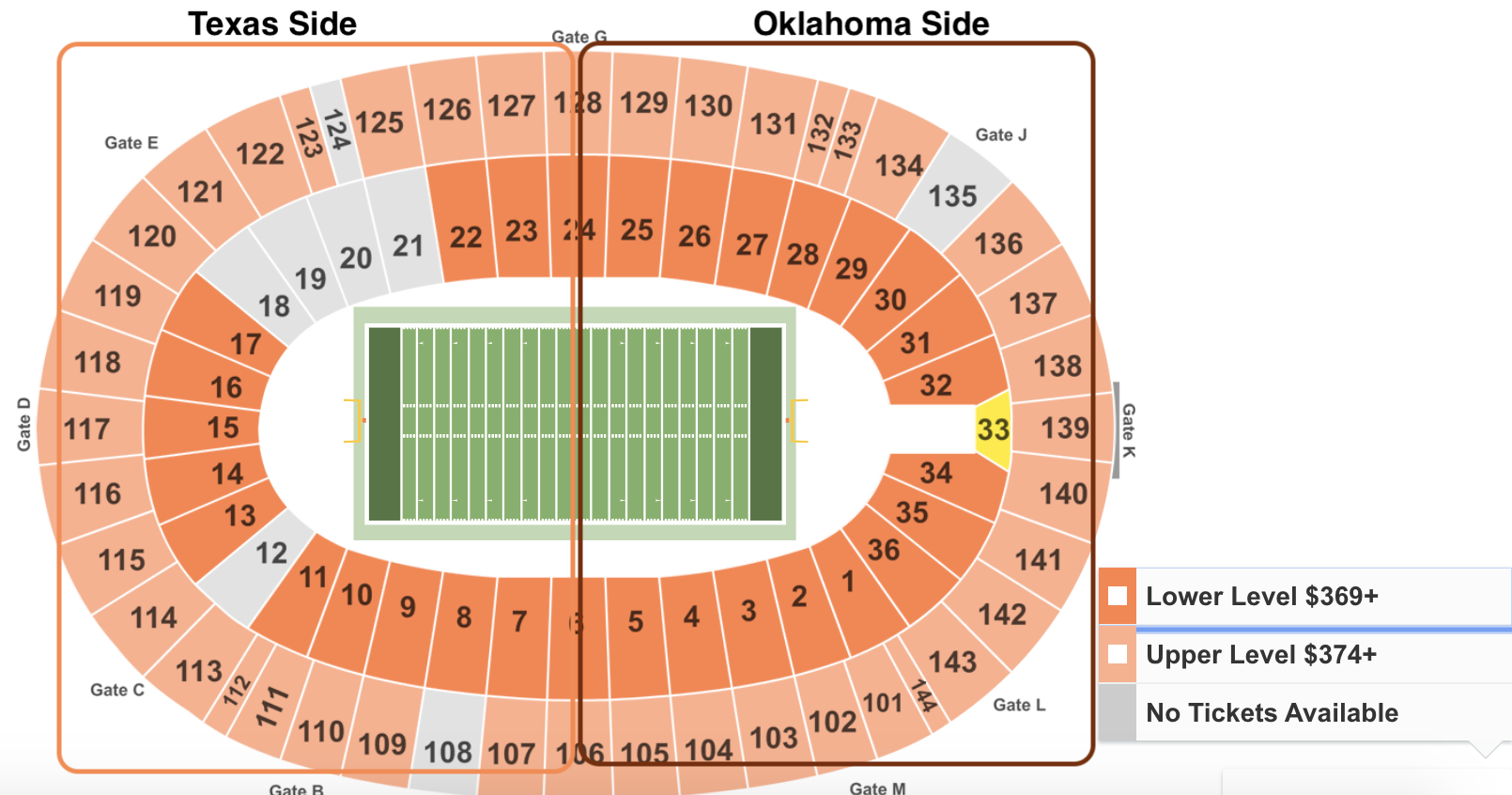 On the secondary market TicketIQ will offer fans a Low Price Guarantee on sold out Texas Football Tickets and Oklahoma Football Tickets, in addition to Low Price Guarantees on all sold out college football games. That means that if you find a secondary market ticket for less on a site like StubHub or Vivid, we’ll give you 200% of the difference in ticket credit. TicketIQ customers save up to 25%.

For sold out seats, TicketIQ hasFee Free tickets for all events at Darrell K. Royal Texas Memorial Stadium for the Texas Longhorns football games and Concerts. TicketIQ customers save up to 25%…