› Music  › Where To Find The Cheapest Summerfest Tickets + 2022 Lineup

Where To Buy Summerfest Tickets

On the secondary market, TicketIQ has Fee-Free Summerfest and American Family Insurance Amphitheater concert tickets which also include a Refund Guarantee. Our Refund Guarantee states that if an event is canceled or deemed unfit for fans to attend, TicketIQ will refund ticket buyers in as soon as 15 days. That means that you can buy from TicketIQ worry-free. Customers on TicketIQ save between 15%-25% compared to other secondary market ticketing sites.

How Much Are Summerfest Tickets

On the secondary market, get-in prices for the American Family Insurance Amphitheatre concerts range from $61 to $150 depending on the artist. Festival passes at Summerfest Grounds At Henry Maier Festival Park start at $44.

How Much Are Summerfest Floor Tickets 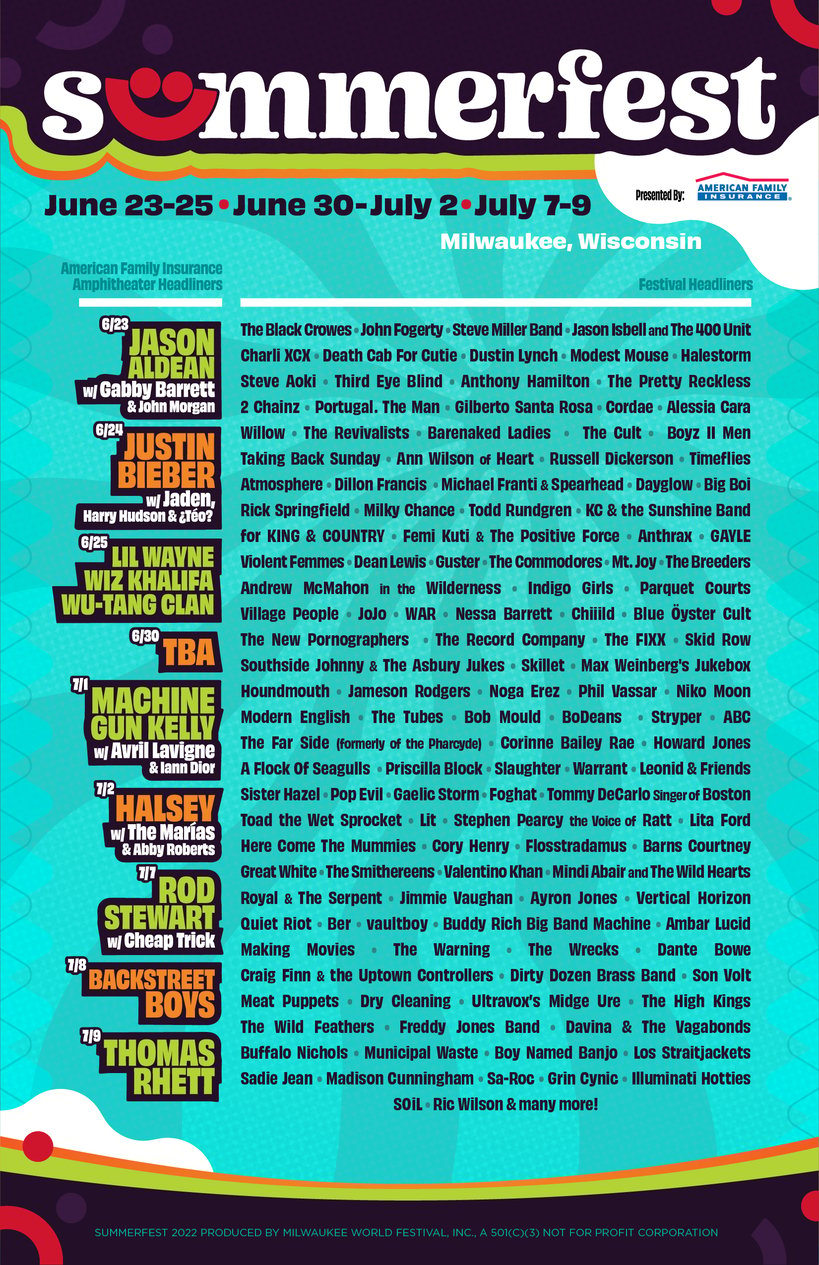 TicketIQ is committed to Transparent Ticketing, and we make much less on 'sold out' tickets compared to other major marketplaces like StubHub and Vivid. That means ticket buyers save as much as 15% on TicketIQ for sports, music, and theater tickets. We're able to do this because we also work with festivals directly to help them sell tickets at face price, directly to consumers like you, through Ticketmaster, Frontgate, Eventbrite, and others ticketing platforms. Learn more by reading our Music Festival Buying Guide that we think is the most objective advice on where to find the best deals on concert tickets, whether they're 'sold out' on TicketIQ or 'unsold' on the primary ticket market.

For 2021, Tickets For Some of The Biggest Music Festivals Are Over 50% Below Face Value