The 2020 National Football League Super Bowl is set to take place in Miami. For the 2020 edition, the NFL will bring back the Bud Light Super Bowl Music Fest for its second year. The three-night music event will feature some of the biggest names in music, giving fans in Miami the opportunity for a special night of music, whether or not they're planning to attend the Super Bowl.  Headliners include DJ Khaled, Guns N’ Roses and Maroon 5, and the music festival starts on Thursday, January 30, and runs through Saturday, February 1. All three nights take places at American Airlines Arena.

While tickets to the game itself are approaching all-time highs, the entertainment options available for the Miami Super Bowl are at an all-time high. The Bud Light Super Bowl Music Fest is at the center of that activity and the only 'official' NFL event over the course of the weekend.

How Much Are Super Bowl Music Festival Tickets

TicketIQ Low Price Guarantees on all Sold Out Tickets at American Airlines Arena. That means that if you find a secondary market ticket for less on a site like StubHub or Vivid Seats, we’ll give you 200% of the difference in ticket credit. TicketIQ customers save an average of 5%-20% compared to StubHub and Vivid Seats.

What Is The Super Bowl Music Festival Lineup

On Thursday Night, the EA Sports Bowl features DJ Khaled and Friends, DaBaby, and more. On Friday, hard rock legends Guns N’ Roses will takes the stage, while on Saturday Night Maroon 5 wraps up the festival. 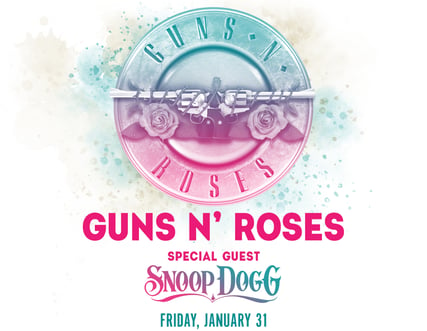