Longtime football coach and coordinator Kevin Gilbride coached the Guardians to their first victory on the second day of the XFL season. Quarterback Matt McGloin scored two total touchdowns, and New York’s defense intercepted the visiting Tampa Bay Vipers three times en route to the 23-3 win. The 1-0 Guardians, who next head to Washington D.C. and St. Louis, will not return to MetLife Stadium for a home game until February 29 when they face the Los Angeles Wildcats.

Primary market tickets for the New York Guardians are available via partner Ticketmaster, and fans can still buy season tickets or single-game tickets. Below is a screenshot of primary availability for a typical New York Guardians home game at MetLife Stadium.

Fans can also find seats on the secondary market, and TicketIQ has Low Price Guarantees on all sold out New York Guardians tickets on the 2020 schedule, in addition to Low Price Guarantees on all XFL tickets. That means that if you find a secondary market ticket for less on a site like StubHub or Vivid Seats, we’ll give you 200% of the difference in ticket credit. TicketIQ customers save an average of 5%-20% compared to StubHub and Vivid Seats. 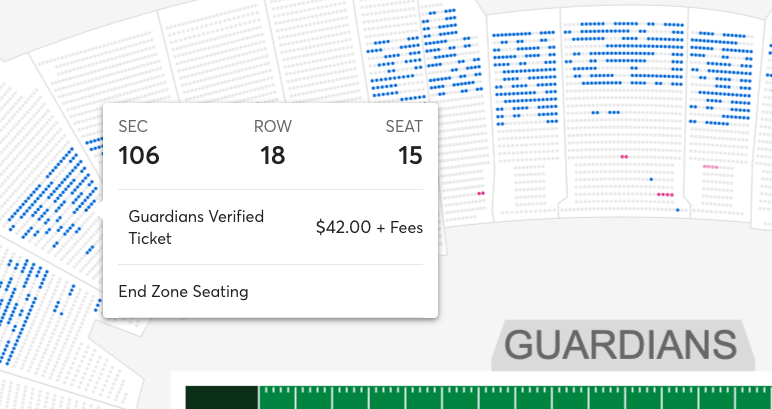 How Much Are New York Guardians Tickets

Primary market tickets are available for all home games via Ticketmaster, and prices start at $30 for each contest. The most expensive seats are found in the club, and are $114 and $138 each.

Family Packs are available for each home game, and they start at $109, including four tickets (including fees) and the following special promotions:

On the secondary market, get-in prices for three of the remaining four home games are $43 - $50. The March 28th game against St. Louis currently has a $72 get-in price.

To manage Guardians and Ticketmaster ticket accounts, the XFL mobile application is available for download on iPhone and Android.