How To Find The Cheapest 49ers NFC Championship Tickets

San Francisco is making its first playoff appearance since 2013, and only its fourth since 2010. As a No. 1 seed. After defeating the Vikings, the 49ers will host the Green Bay Packers in the NFC Championship game at Levis Stadium.

Primary market tickets are sold out for the NFC Championship game via Ticketmaster.

On the secondary market TicketIQ will offer fans a Low Price Guarantee on all sold out San Francisco 49ers playoff tickets in addition to Low Price Guarantees on all NFL playoff tickets and Super Bowl tickets. That means that if you find a secondary market ticket for less on a site like StubHub or Vivid, we’ll give you 200% of the difference in ticket credit. TicketIQ customers save up to 25%.

How Much Are San Francisco 49ers NFC Championship Game Tickets

The average asking price for a seat to the NFC Championship game is down 13% since Sunday and is now just over $800  The average is 182% higher than the $289 cost of a ticket to a regular-season ticket on the secondary market. 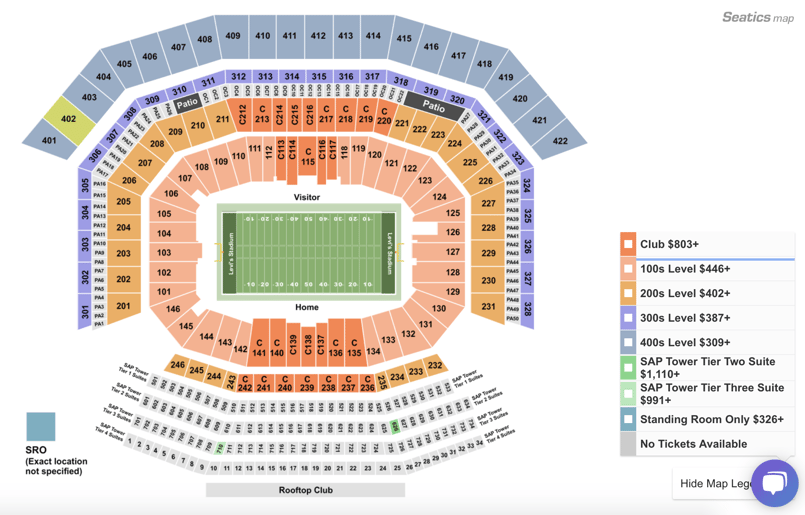 Below is the average price for every 49ers home game in the last 10 years. 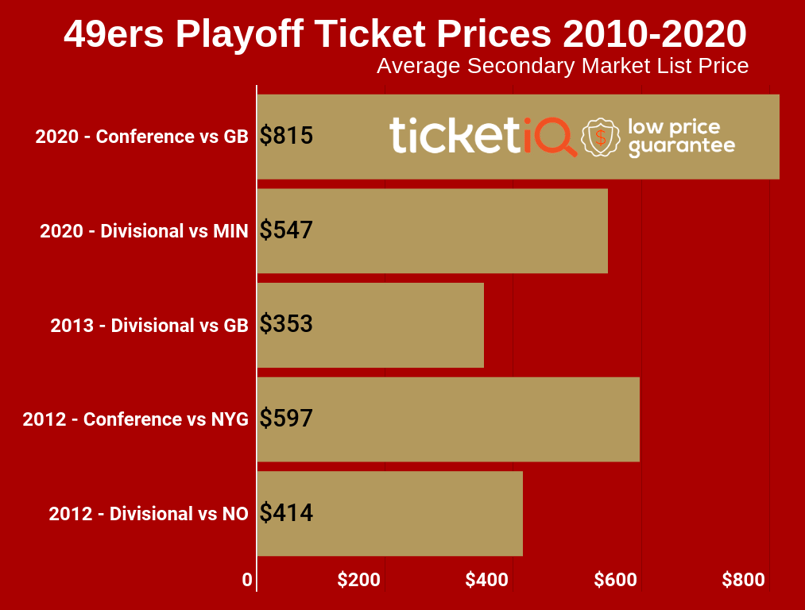 How To Find Cheapest 49ers Vs. Seahawks Tickets in 2020