Where to Find Cheapest Jets Vs. Patriots Tickets In 2019

Where To Buy 2019 Patriots Vs. Jets Tickets

For the October 21st game at Metlife Stadium,  the cheapest tickets starting at $50 with lower level seats in the 100-level starting at $115. Below is a seating chart with prices across each zone at MetLife Stadium.  The Patriots visit is the second most expensive ticket on the Jets 2019 home schedule, behind only the Cowboys visit on October 13th. Unsold face value tickets are available directly from the Jets starting at $70 directly from Ticketmaster,  with lower level seats available for $160. Below is a screenshot of availability directly from the Jets. 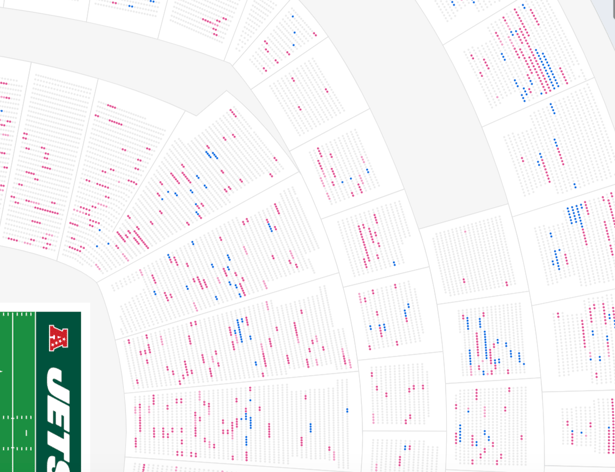 The Jets game is the 4th most expensive game of the Patriots 2019 home schedule at Gillette Stadium, behind the opening game against the Steelers, the Cowboys visit on November 24th and the exciting Browns who visit the Patriots on October 27th. Like every other Patriots game in 2019, tickets are completely sold out via Ticketmaster, which means that the secondary ticket market is the only option for tickets.

🎟️Visit TicketIQ For Sold Out Patriots Vs. Jets Tickets at Gillette Stadium on 9/22/19 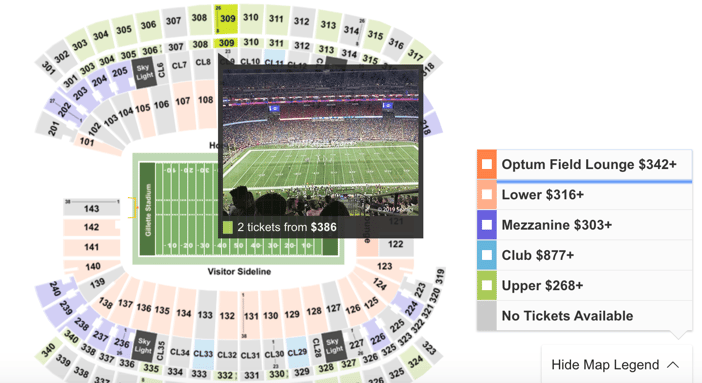 On the secondary market TicketIQ has Low Price Guarantees on all NFL tickets. That means that if you find a secondary market ticket for less on a site like StubHub or Vivid Seats, we’ll give you 200% of the difference in ticket credit. TicketIQ customers save up to 25%.

TicketIQ is committed to the cheapest tickets possible, and we make much less on sold out tickets compared to other major marketplaces like StubHub and Vivid. That means ticket buyers save from up to 25% on TicketIQ on sports, music and theater. We're able to do this because we also work with teams, venues, and other ticket owners, to help them sell tickets at face price, directly to consumers like you, through Ticketmaster and Seatgeek. For an overview of the 2019 NFL Ticket Buying landscape, and details on the cheapest way to get tickets for every team, visit the TicketIQ Blog.