While the beginning of the college football season often doesn't feature the biggest rivalries, the 2019 Camping World Kickoff of the exception.  The Hurricanes and the Gators are facing off in Orlando in the first kickoff game of season on August 24th. As you’d expect for a game between two in-state rivals, tickets are in high demand and completely sold out on the primary market. On the secondary market, prices are the highest of any 2019 kickoff game with secondary market prices starting at over $200, which is four times as high as the next most expensive kick-off game, featuring Duke and Alabama.

🎟Visit TicketIQ for Low Price Guarantees on Camping World Kickoff Tickets at in Orlando 🎟 If you find a secondary market ticket for less on a site like Stubhub or Vivid seats, we’ll give you 200% of the difference in ticket credit. TicketIQ customers save up to 25% off leading secondary market sites. 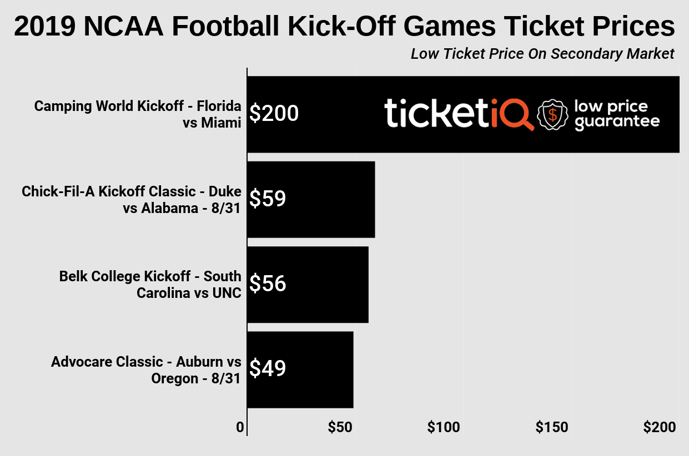 As with most of the other kickoff games, primary market tickets are hard to come by. Both schools have distributed their allotment, leaving you two buying options at this point. Central Florida residents can purchase a two game bundle, which includes a terrace level seat for the kickoff game and a field level end zone seat for postseason Camping World Bowl; that package will run you $200.

Beyond that, you can sign up for a Florida Citrus Sports membership. Those memberships—which range in price from $555 to $11,655 depending on seating location and number of tickets—do not actually include tickets to the kickoff game, but members do get access to purchase tickets that aren’t available to the general public.

That primarily market reality has made a major impact on the resale marketplace; there are currently very few seats available and prices are high. The current cheapest seat to get into Camping World Stadium is $215 and that seat is literally in Row Z of the upper deck. The cheapest plaza level seat is currently $369 with lower bowl seats beginning at $450.

Based on that reality, now is probably your best shot at shopping for tickets. While prices may not be great at the moment, it’s hard to imagine them dropping as the game gets closer; if anything, more people will probably want to watch a football game as summer draws to a close and news from practice begins to trickle out. 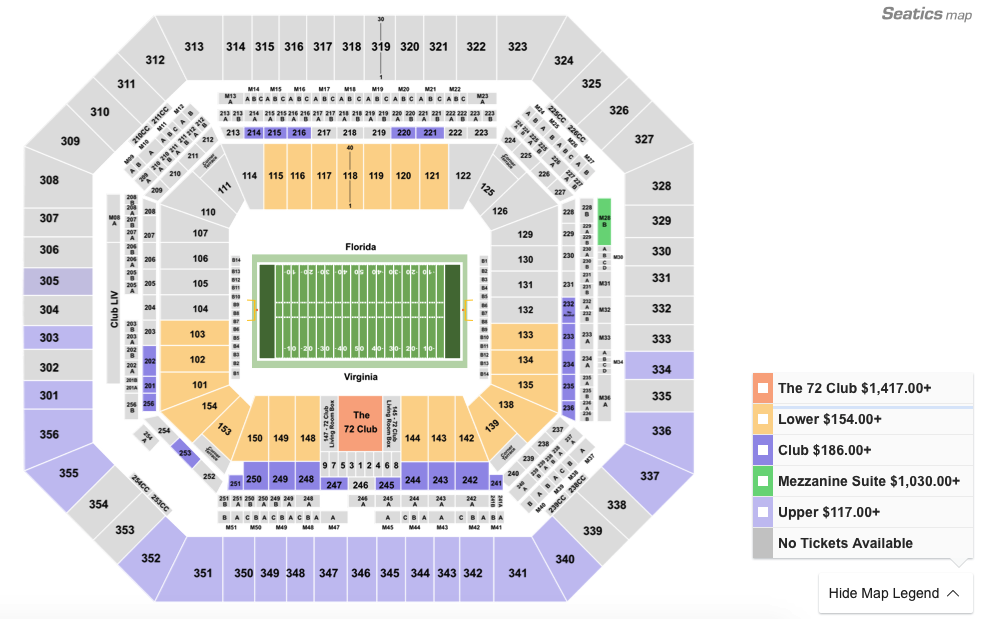