› Wisconsin Badgers Football  › Where To Find The Cheapest Wisconsin Vs. Northwestern Tickets At Camp Randall Stadium On 9/28/19

For this Big 10 matchup on Saturday, primary market tickets are still available starting at $85 though the Wisconsin website and partner Paciolan. While the lower bowl on the sidelines and one end zone are sold out on the primary market, there are seats available on the press-box level and in the end zone below the UW Field House. Of the remaining seats, fans can have their pick of seats on either side of the press box or the end zone for $85. For those wanting more to choose from, the secondary market offers a bigger selection, including seats in the lower bowl behind either the Wisconsin or Northwestern sidelines. Fans will find tickets in the Y and Z Sections in the end zone, which are $85 on the primary market, for as little as $54, and sideline tickets start at $73 on the Badgers side between the 10-yard line and the end zone in Section B or $69 on the Wildcats sideline at the end zone in Section W. There are two clubs at Camp Randall Stadium, but both are accessible only to season ticket holders.

Below is a screenshot of ticket availability on TicketIQ as well as prices by zone. 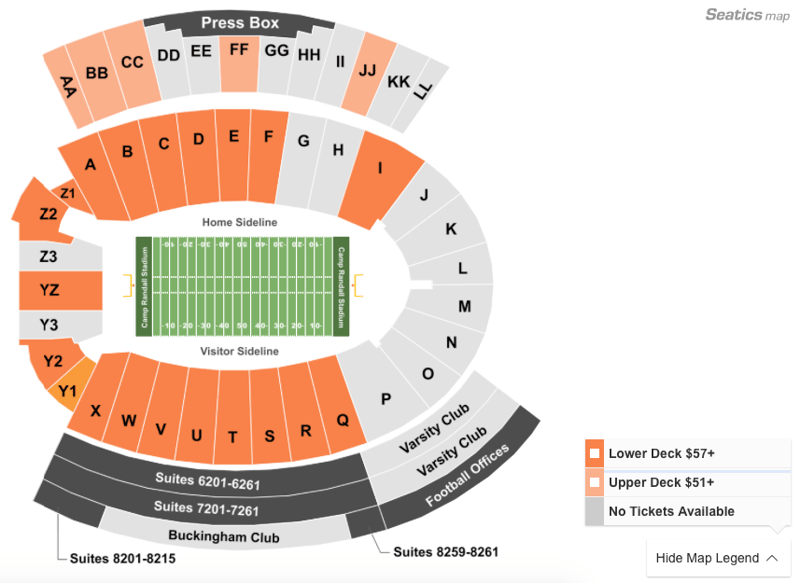 Called “The Grandaddy of Them All,” the 106th Rose Bowl features Oregon vs. Wisconsin and is the priciest non-CFP game on the secondary market. Set for New Year’s Day, the game pits the Pac-12…

Where To Find The Cheapest Northwestern Vs. Ohio State Football Tickets At Ryan Field On 10/18/19